Insomnia the Film: Those Inner Demons That Don't Let You Sleep 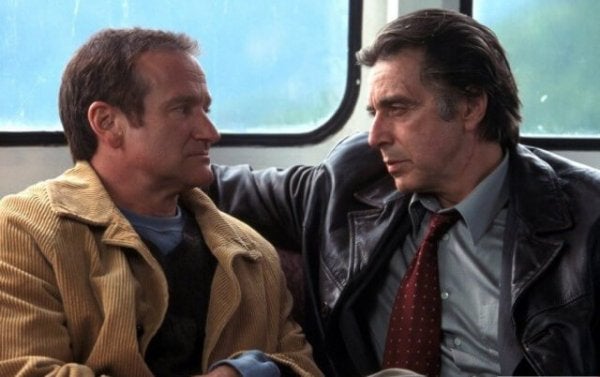 In 2002, Christopher Nolan directed a thriller entitled “Insomnia,” about a rather strange murder in Alaska. The main character is Will Dormer (Al Pacino), an influential policeman from Los Angeles. He travels there with his colleague Donovan to investigate a brutal crime involving a teenager.

Just as they are about to catch the murderer, Donovan is shot, and the murderer (Robin Williams) escapes into the fog. Will can’t accept what has happened and changes his description of the events, even using evidence from the scene of the crime.

The murderer gets into contact with Will and starts blackmailing him. The great detective is tormented by the death of his friend and feels guilty. In addition to the constant calls from the murderer, he begins to suffer from insomnia.

When guilt turns into insomnia

Al Pacino, playing Will Dormer, can’t accept the accident that he has played a part in. He rejects what happened when he’s with other people, and can’t admit it to himself either. This prevents him from assimilating it into his life. He doesn’t want to identify with the event, nor accept any blame for it. But his conscience registered everything that happened.

When someone experiences something as traumatic as this, they need to process exactly what has happened. This is the only way they can try to make sense of it all. In Will’s case, his rejection and denial were eating away at his basic faculties, both mental and physical.

After the accident, Will begins to convince himself that it wasn’t his fault. This mental avoidance about what actually happened leads to him to realize some unpleasant things about himself, about other people, and about the world he is living in.

Al Pacino portrays very clearly how Post-traumatic Stress Disorder (PTSD) can occur and how people live through it. Will experienced an extremely traumatic event and reacted with fear, helplessness and horror. After the tragedy, he relived it through dreams, disturbing memories, and flashbacks.

Will knew that the only way to solve the case was to tell the truth and, in doing so, free himself from guilt. However, he preferred to avoid thinking about what had happened and tried to change those events through lies.

He built a new story about how the accident happened. He did it by creating distorted memories about the cause and consequences of the traumatic event, even trying to shift the blame to another person.

To keep up the lie and hide his guilt, he started distancing himself from other people. His ability to experience any sort of positive emotions was slowly fading away. But a colleague of his noticed. It wasn’t difficult to see how his attention span and concentration were considerably diminished, and insomnia was the cause.

When we experience any type of trauma, the personality divides into two or more psychobiological subsystems. These are very rigid in their functions and make it difficult for the person to adapt. They can evolve in different ways and become EP’s and APN’s.

When these two elements of personality split, it results in things like PTSD. It prevents the integration of traumatic memories. It also stops events from being transformed into autobiographical narrative memories. However, the traumatized person needs to be able to talk about the event and understand it for themselves.

Our life is the stage where we act out our lives. The script continually changes the main character in one way or another. Insomnia reflects how an experience can mark a before and after depending on how a person integrates it into their life story.

“When someone has their peace of mind disturbed or has never had it, they are exposed to serious physical and psychological consequences, whatever the cause may be”

Learn How to Fight Insomnia Effectively
Having a good day begins with having enjoyed a night of good sleep. Insomnia affects many people and fighting it is a primordial priority. Read more »
Link copied!
Interesting Articles
Cinema, Television, and Psychology
This Short Film Will Teach You Why Every Child Deserves The Best

Every child deserves the best, every person who comes into this world has a beauty and authenticity that makes them…