The Importance of Optimism in Dealing with Illnesses 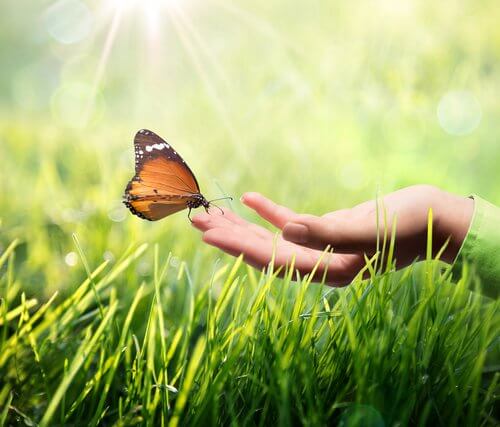 The celebrated neuroendocrinologist and doctor, Deepak Chopra, said something very interesting. “In the years I have being in practice, I have met various cancer patients that have recovered completely after a terminal diagnosis. People that had less than a few months to live.” Do you think that optimism and hope could be the key? Let’s look deeper into this subject.

He adds the following. “I don’t think they were miraculous cases. The way I understand it, these phenomenons prove that the mind can go even further, deeper and change the fundamental schemes that the body designs.”

Chopra is a doctor that has dedicated a good part of his professional years to investigating how far a patient’s emotions and attitude can affect the healing process of any illness, including truly serious ones such as cancer.

Can optimism help cure an illness?

Now, once we have received the sad news of a more or less severe disease, one wonders many things. Such as, if optimism and not losing hope can really be a reason to get better. If it can prevent the problem from getting worse.

Psychologist and coach, Mamen Garrido, offers a number of keys that can help us deal with a disease with a positive attitude, full of hope and optimism.

Garrido said that a positive attitude will always benefit every aspect of life, including an illness. So, once we have received bad news, reactions such as anger, denial, anger or sadness may appear. However, after this initial phase, we comes to a crucial moment that makes a difference.

Among the key factors given by Mamen Garrido to overcome an illness, the first one is early acceptance. The sooner we are aware of the situation, the longer we’ll have to start our fight. Though you should never get ahead of yourself or look for short cuts.

The second key, according to Garrido, is to overcome fear. Obviously a serious illness can provoke true panic in a person. However, asking for information in order to fight against uncertainty can be a good option.

A third key is to look for a circle of loved ones that will support the ill individual during their illness. People capable of transmitting optimism, hope and a lot of positive energy are necessary during the journey.

The fourth key suggested by Mamen Garrido is to put some serious work into increasing your optimism and hope. It may be beneficial for you to contact people who have overcome the illness. You can create a blog, write in a journal or perform any activity which promotes a state of joy. Any activity which provides you with vitality.

Mamen Garrido reminds us that there are advanced studies which speak of psychoneuroimmunology. These studies establish biological bonds between the immune, nervous and endocrine systems and our behaviors and attitudes. If this hypothesis is proven, it would be evident that optimism and hope have a great effect on illnesses.

“Optimism is the faith that leads to success. Nothing can be done without hope and trust.”
-Helen Keller-

Optimism, hope and attitude as the “X Factor”

David Spain is the chief of surgery at the Medical School at the University of Stanford in the intensive care unit. According to this specialist, we found three factors that affect healing and the survival of a patient:

According to David Spain’s own experience, he affirms the following: “A grumpy old man that is tough as a rock often recovers better than a weak crybaby. They fight to the end”.

“Optimism is the foundation of bravery”

Many doctors talk about the importance of optimism, the struggle, personality, attitude, hope, etc. in order to defeat the illness. They don’t yet know how to explain why. Yet, they have seen enough cases to believe that these factors are important. What do you think about it?

Psychology
How to Face Manipulative Criticism

How do you handle criticism? Most people aren't very comfortable with it, and that's completely normal. Criticism can be destructive, and…

How did you learn to ride a bike? Someone probably gave you some advice and then you practiced on your…

Psychology
Pleasing Others? Time To Start Looking After Yourself!

Psychology
Love Means Wanting to Be Together