Did you know that people usually imagine that future events will be worse or better than they actually end up being? This phenomenon is called impact bias, and it can affect your everyday life if you don't know how to deal with it. 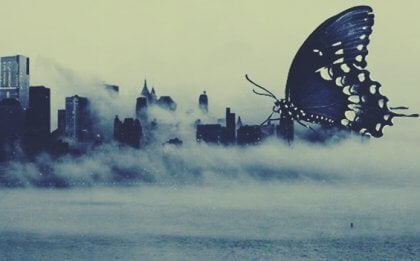 A cognitive bias is an information processing error the brain makes. Said error occurs when you unconsciously use previous knowledge or acquired experience to take mental shortcuts. The problem is that these shortcuts don’t always lead you to the right conclusions. In other words, they don’t always save you time and energy. In this article, we’ll discuss one of the most common biases: impact bias.

Impact bias is an information processing error that leads you to believe that negative or positive situations will be much worse or better than they actually end up being. In other words, impact bias means wrongly imagining that future situations will require resources that you don’t have.

Here’s an example of impact bias. A lot of people dread going to the dentist because they think it’s going to hurt a lot. Fortunately, there have been many medical advances that have led to less suffering during dental appointments.

“The future is something which everyone reaches at the rate of 60 minutes an hour, whatever he does, whoever he is.”

If you’re like most people, you make a lot of predictions about the future. These predictions tend to be very unreliable, precisely due to the impact bias. People tend to overestimate their emotional reaction to both negative and positive future events.

All of it escapes your awareness because the emotional component is more important than logic in your future projections. When you think about tomorrow, your fears, insecurities, or fantasies play a bigger role than your ability to evaluate variables and make good predictions.

In fact, not only do you imagine that bad situations will be worse or better, but you also think that they’ll last longer than they actually do. For example, many people think that if they win the lottery, they’ll be happy for the rest of their lives. In practice, those who’re lucky enough to win end up taking it for granted and spend all of the money they won really quickly.

Anxiety and the Future

At the heart of anxiety lies the expectation that the future will bring something negative. Expecting that something will go wrong in the short or long-term is what triggers a lot of people’s anxiety. This is the precise root cause of worrying: a negative projection of what’ll happen in the future. That perspective plants a seed of unease in your mind and sets off a whole cascade of consequences.

Thinking about the future can quickly lead to rumination. That’s when you turn the same ideas over and over in your head. You imagine how something might play out or visualize different paths for yourself, but never actually take any action. Asking yourself what will happen becomes automatic and can make you neurotic.

This is very different from making a prediction or forecasting. When you make a prediction, you’re trying to be prepared for certain possibilities and take measures to deal with them. You protect yourself or take action to neutralize the threat. You also try to be ready for good opportunities. Basically, you’re acting based on real probability. “Action” is the keyword. You’re taking action instead of being stuck in one place, ruminating.

Your Imagination Can Create Monsters

The Sleep of Reason Produces Monsters is a striking painting by the great Francisco de Goya. The painting shows a person with their head on the desk, surrounded by threatening and fantastical beings.

This painting is basically a representation of impact bias, particularly when it comes to negative situations. If you fall into the trap of thinking obsessively about negative events or how you might suffer in the future, you’ll end up dealing with unnecessary distress and anguish.

In other words, you cause your own suffering. The future is scary because it’s unknown. We’re also scared of the future because death is on the eventual horizon for all of us. However, if you focus only on the future and the painful possibilities that await you there, you won’t enjoy the present-

Impact bias fills your imagination with tragic expectations. Thus, you should let go of trying to figure out what might happen and instead focus on your ability to face whatever comes your way.

Cognitive Bias: When We Don’t Think, We Make Mistakes
Cognitive biases are psychological effects that distort your thinking. Like heuristics, these biases serve to save cognitive resources but they can lead us to make pretty serious mistakes. Read more »
Link copied!
Interesting Articles
Clinical Psychology
Workplace Depression: Symptoms, Causes, and Treatment

When you hear "workplace depression", does it ring a bell? When you hear it, you'd probably think of having to…