I'm a Woman, Enough with the Gender Prejudice 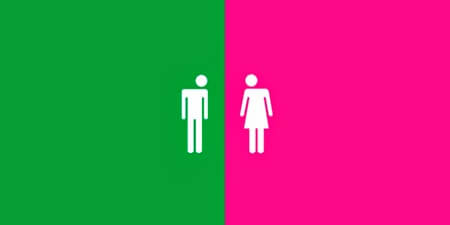 This article is not intended as a steadfast plea in favor of women, nor is it supposed to make any man who reads it feel offended. If that were the case, we’d be entering the world of prejudice.

Just like there is prejudice against women. Of course, there’s also plenty of prejudice against men. Therefore, we’re not interested in making these words ignite some sort of debate between the genders in which someone might feel unprotected or, on the other hand, excessively protected from the other side.

In fact, we could probably dedicate another article to gender prejudice that exists towards men and which fortunately many people are trying to break with their attitudes and behavior. That’s why what we want to do is simply make an open reflection, that is not complemented in any other way than with our own opinions on the subject.

There might be some forms of prejudice that are more blatant than others. That is something we will also leave up to you. Up next, here are some of the most common gender prejudices.

1. Women suffer after the age of 40 when they no longer feel desired

Is this really true? It may be true in many cases. It’s true that women have been educated for hundreds of years to always look young and beautiful. But, why cant we just put a stop to this? A mature woman has a thousand different things to contribute. She is filled with life experience. We, as women, have to shout to the world with our attitude.

“In order to have beautiful eyes, look for the good in other people. In order to achieve attractive lips, talk to kind people. To have good posture, walk knowing that you’re never alone.”
-Audrey Hepburn-

2. Women have to put in more effort to feel equal to their male counterparts at work

A big part of the country depends on this, and fortunately in many places this statement is already obsolete. There are countries in which a person’s skills are valued and appreciated regardless of whether they are a man or a woman. There is still much further to go, but much has already changed.

3. The women always puts more work and time into the household

Maybe the younger generation is adopting a new attitude towards this issue. Formerly, it used to be like this. Housework, being a housewife, was truly the only job a woman could aspire to have: looking after their home and family. With the integration of women into the work force, things seem to have been changing little by little.

Although there is still a long way to go, it’s becoming more and more common to hear and see some men take over the household work. Men are now more aware of the fact that when both spouses have jobs, the housework needs to be shared equally.

4. If a woman embraces her sexuality freely, they are not seen the same way as when men do it

This is something that is still very common in our day and age. Though it can also depend on the country. Nordic women, for example, have been enjoying their sexuality freely for decades now. While other countries like Spain for example, still deal with this issue. And what role do the youngest women have in this issue?

I’m a woman… enough with the gender prejudice!

So, are there gender differences? Do they still exist? Maybe so, although we shouldn’t generalize or exaggerate. With our attitude in the work place, how we educate our kids, the comments we make… we can change our environment, the small little slice of world that surrounds us.

“Equality is a vital need of the human soul. The same amount of respect and attention is due to every human being, because respect has no degrees.”
-Simone Weil-

And you, what do you think? What’s behind all the gender bias? Does it still exist or not? What factors does it depend on? Are there still differences between men and women?

Link copied!
Interesting Articles
Psychology
The Importance of Living in the Present Moment

Psychology
Wishful Thinking: Seeing What You Want to See

We're constantly making decisions about work and relationships, but do you think that they're all rational and logical? Sometimes, we don't realize…

Psychology
4 Ways to Retake Control of Your Life

Do you control your life, or does it control you? Do you often feel unsatisfied with your life? Do you…

Psychology
Mihaly Csikszentmihalyi and Flow: The Psychology of Optimal Experience

Mihaly Csikszentmihalyi is one of the most successful modern psychologists. People recognize his name all over the world, although it's…

Psychology
7 Tips to Learn to Think Like Sherlock Holmes

If you want to learn to think like Sherlock Holmes, you have to get into his mind. That is no…