Learn all about Illich’s law and negative productivity in this article. 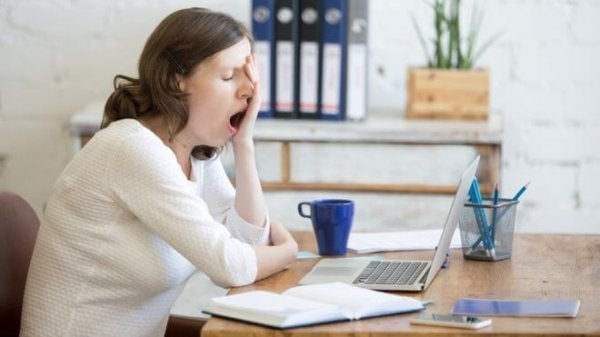 Illich’s law states that after a certain number of working hours, productivity significantly decreases. This law refers to a “negative productivity threshold”, a point from which we struggle to maintain our attention and start making mistakes in our work.

Researchers have been very interested in studying productivity. Throughout history, the working world has been organized based on economic and political purposes. However, it’s important to always keep in mind that we’re essentially human beings. People downplayed this factor for a long time and we’re now seeing the consequence of it: a decrease in economic productivity.

People have always wondered what the best ways to achieve productivity are. For this reason, multiple theories that have taken the human factor into account have emerged. We can’t oversee this factor since it encompasses the individual’s potential and cognitive abilities, such as motivation. This was how Illich’s law came to be.

Ivan Illich, the creator of Illich’s law, was a Croatian-Austrian philosopher. He became famous after publishing his book Deschooling Society. In it, he criticized the educational system. He always promoted self-learning as a means to gain knowledge and properly educate oneself and conversation as a tool to encourage analysis.

“Skill teachers are made scarce by the belief in the value of licenses. Certification constitutes a form of market manipulation and is plausible only to a schooled mind.”

In 1980, Ivan Illich created Illich’s Law. During this time, he was a professor at Pennsylvania State University. After several studies, he concluded that productivity decreased after a certain number of working hours.

That is the basic premise of Illich’s law. In other words, this thinker established that working continuously for several hours in a row results in low productivity. Basically, working for more time isn’t directly proportional with higher production. In fact, it’s quite the opposite: working an excessive number of hours can saturate a person and lead to complete blockage.

According to Illich’s law, the key is to properly organize working time and resting time. Let’s illustrate this with an example. One person makes a pair of shoes in two hours. However, if they work 12 hours in a row, they won’t make 6 pairs of shoes. Why’s that? Because their productivity begins to decrease after a certain period of time.

That being said, the person will end up making 4 pairs of shoes instead of the expected 6. The work that took them 2 hours in the beginning will take them 3 hours later on and will continue to take more time as the hours pass. It’s also very likely that the last products they make will be defective.

The situation can be even more critical when it comes to intellectual work. However, both in physical and intellectual work, working tirelessly leads to mental fatigue. If this prolongs over time, anxiety, depression, and irritability can also manifest.

Illich’s law states that alternating work with rest is the best way to avoid fatigue. He proposed something called “time intervals” for this purpose. These “intervals” are ways to organize time so that fatigue doesn’t jeopardize the individual’s performance.

The three main time intervals are:

Since most of us are used to working long hours, it can be difficult to apply these time intervals at first. Just remember that it’s all a matter of habit. They’ll become part of your routine in no time. Something that can motivate you to apply them is evaluating how productive you were after a long day of work. The next day, apply a time interval and do the same thing after. Then, compare both results. They might surprise you!

“The quality of a society and of its culture will depend on the status of its unemployed.”

The Progression of Working Life
Your goals will change throughout your working life. This article discusses the 3 major stages involved. Read all about this here! Read more »
Link copied!
Interesting Articles
Psychology
Emotional Blackmail and How it Harms our Kids

The theory of the unconscious formulated by Sigmund Freud was a milestone in the history of psychology. This strange and…