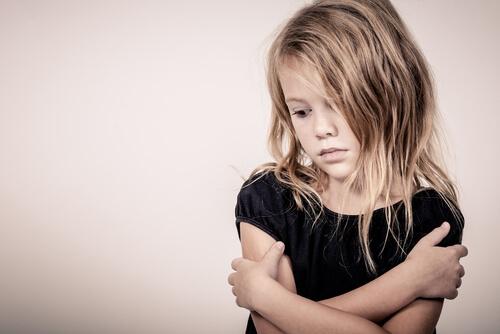 Hyper-children are the product of hyper-parenting. It’s a new and increasing trend that neglects important aspects of childhood. For example, playing, the outdoors, boredom, and facing problems. This is the result of an educational style based on over-protection, over-attention, and praises.

A hyper-child responds to others before themselves. They have little time for self-discovery, intrapersonal development, and many other important traits that are developed in childhood.

What does the term “hyper-child” mean?

The terms “hyper-child”, “hyper-kid”, or “hyper-parenting” are concepts related to keeping children under control. As a result, they disconnect themselves from the activities that are normal for people of their age. So, they become people who aren’t that independent because they’re expected to be perfect.

The term emerged in the United States. Traditionally, it’s related to the concept of “spoiled child”. However, Eva Millet, journalist and author of the books, Hyper-paternity and Hyper-children: Perfect Children says that hyper-children tend to stress parents out a lot.

Hyper-children are busy with extracurricular activities that they’re not passionate about. They know their drawbacks very well, but their parents treat them as an investment. That is, after putting a lot of money and effort into raising their children, they think (often unconsciously) that that will translate into automatic success.

The children are much more aware of it than we imagine. And that pressure affects them at all levels. Their life becomes a constant stress because they have to meet other’s expectations.

However, there is another side to the coin: hyper-children become the family’s center of attention. As Millet says: “You go their house and you don’t see any pictures of the grandparents. You only see pictures of them. They’re pretty much the kings and queens of the house”.

This overstimulation creates a feeling of superiority in children which may adversely affect their personal development. As a result, they can’t manage their emotions well, get easily frustrated, and suffer from their parents’ anxiety. In short, they become what Millet calls “hyper-kids”. They’re dependent children who can’t do anything without their parents’ help.

But, what does a child need?

It’s difficult to determine what exactly children need because they have their own dreams, desires, and expectations. However, one thing is clear: they’re still training themselves to face the real world so we can’t demand as much from them as we demand from adults.

That is why parents should never pour their dreams into their children. Thinking about their college career before they reach the age of 10 is just crazy. We must let the children develop their own personality and interests. Above all, we should let them fail and learn their limits. In this regard, they should also learn that failures can actually help them become better.

All those experiences, classes, and camps are very costly. But despite everything, we can’t expect the children to appreciate material things. This is because they don’t understand them yet. So, instead of being concerned if your 10-year-old’s English teacher has the best materials to teach them, you should teach your child how to communicate naturally instead.

After all, children should grow up playing with other children. This means they should put their skills into practice independently. Also, parents shouldn’t be there to do everything for them. They should be on the backburner, but available when the child asks for help.

It’s important for children to learn to overcome unexpected situations. Parents should only to give advice, support and, above all, love.

Psychology
The Importance of Living in the Present Moment

Has it ever occurred to you that when you smile at the person you're talking to, they smile back? Have…