How Can Martial Arts Make Us Better People? 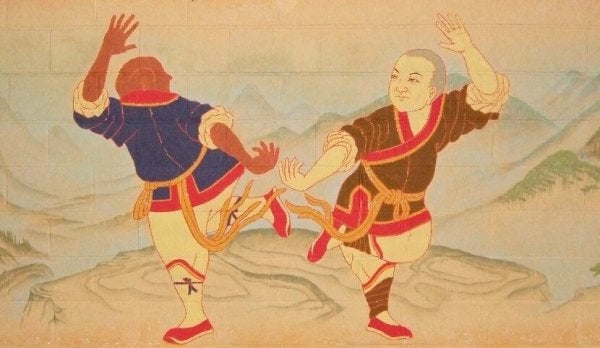 Martial arts are primarily a spiritual practice. It may seem contradictory that a set of skills and techniques designed, ultimately, for combat, are at the same time a path of personal development. However, if we look at them from the right point of view, that’s the way it is.

The mind governs everything: this is a fundamental principle in martial arts. The body is only capable of reaching certain abilities and powers if we train our mind with dedication beforehand. Likewise, values ​​associated with growth and peace (both inner and outer) guide this practice.

In martial arts, the main battle is waged against ourselves and our limitations. Training revolves around self-knowledge and in overcoming anything that limits our potential. Each new achievement is the result of an internal process that will pay off in the end.

“To defeat a thousand enemies is good, but the samurai who defeats himself is the greatest of warriors“.
-The Dhammapada-

The history and the legend of martial arts

We don’t exactly know what the origin of martial arts is. We just know that ever since there have been communities of people, there has also been war. Thus the exact moment that gave rise to what eventually became martial arts is not known.

However, in China there is a legend that talks about the origin of martial arts. It says that an Indian monk named Bodhidharma came to Southern China in the year 475. He spent nine years there meditating in a cave. When he left his retreat, he found a monastery called “Shaolin” and was shocked by the appalling physical condition of the monks who lived there.

The monks practiced meditation all the time, but they had forgotten their bodies. Then Bodhidharma created an exercise regimen for them. The idea was to improve their physical condition, but also to help them defend themselves against robbers, who swarmed around the place. Over time, the exercise regime evolved and became what we now know as martial arts.

The true value of studying martial arts is not in learning combat skills and techniques. Instead, learning internal virtues is the fundamental part. In this world, we only achieve physical abilities after reaching the level of spiritual evolution necessary for us to develop skills in our body.

Each technique and each movement is associated with the inner world of the person who practices them. For example:

In martial arts, combat is an extreme situation in which a person’s true capabilities emerge. It’s where learned values ​​and skills are put into practice, with one ultimate goal: to preserve life. Your own and that of others.

Although there are different types of martial arts, the most traditional ones incorporate Zen philosophy. They symbolically represent a search for the key that opens the lock that binds us. It is also a continual exercise in setting aside any kinds of thoughts and all forms of selfishness.

Zen in martial arts is based on four levels of awareness and action:

As you see, martial arts help those who practice them to grow and become more complete. In today’s world, practicing them doesn’t mean you have to be a hermit and hide from society. But they could be an interesting solution for people who are not seeing results from conventional psychological therapy.

29 Zen Phrases to Inspire You
Zen philosophy originates from the beginning of the first century, when Chinese thought came into contact with the basic principles of Hinduism, Read more »
Link copied!
Interesting Articles
Culture
Is Monogamy More of an Ideal Than a Reality?

Culture
Which Are the Most Resilient Countries?

Culture
The Four Paths of Yoga

Yoga is an ancient discipline that people nowadays practice like a sport. However, if what we're looking for is its true practice, we must follow a series of guidelines. In…

Culture
7 Photos That Capture a Piece of History

History has given us some priceless pictures - portrayals of the best and the worst things that humankind has achieved. Photographs…

Maybe the word "tinnitus" doesn't mean anything to you, but the truth is that all of us, at some point…