Hostility in a Relationship is the Prelude to the End

Hostility in a relationship happens when you're in a situation of apparent peace and all of a sudden a friend, family member, or significant other covertly declares war. What's the best way to confront this situation? 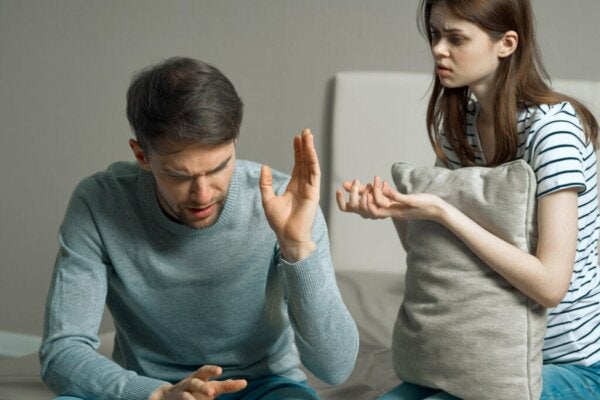 Hostility in a relationship manifests as an attitude of contempt with a conscious intention to do harm. This intention manifests in different ways. For instance, a person might express it covertly or through gossip and slander or more explicitly through verbal or physical attacks.

Hostility is an unpleasant emotional experience because it doesn’t stem from a situation of opposition, war, or competition. It’s more of a feeling directed towards a significant other, friend, or sibling in what was supposed to be “a friendly environment”.

“Hostility, malice, and sadism are the result of helplessness and self-loathing; that they are all produced by adaptation to a hypercritical social reality and are not attributable to innate aggression.”

The best way to understand hostility is by experiencing it. However, people seldom forget it after they do. It’s very uncomfortable to be the object of attacks you can hardly defend yourself against because they’re passive. Especially if these attacks are caused by someone important to you.

These are only a few examples of how to identify hostility. There are many forms of hostile behavior. Obviously, all hostile behaviors have different intensities and ways of presenting themselves.

What makes a person hostile towards another?

In many cases, the element that maintains hostility is a lack of social skills. There’s anger and resentment but the person isn’t capable of starting or maintaining an open and honest dialogue about what’s happening. Thus, they manifest their anger in a hostile way.

However, this attitude isn’t honest because, far from being constructive, it demolishes; far from strengthening bridges, it weakens them. In many cases, it’s reasonable not to want to maintain this kind of relationship over time. This is because you’ll continue to hurt each other until you finally break up.

Everyone has a hard time empathizing with a hostile person. However, it’s not about feeling empathy, but about stimulating reflection and recommending psychological help. The intervention of a third party can channel anger and rage in ways other than hostility and resentment.

These are some of the possible causes of overt or covert hostility:

All of these factors combine to promote mutual dislike, disrespect, and mistrust, which hinder effective problem solving, forgiveness, and genuine cooperation.

Therefore, if you’re holding a grudge and manifest it in the form of covert unresolved anger, you’d better stop for a second and opt for a strategy that’s not infused with hostility. You should consider professional help.

Difficult Relationships: How to Reinterpret Your Narrative
There are always two paths to choose from when facing difficult relationships. You can play the victim or you can try to find an empowering solution. Read more »
Link copied!
Interesting Articles
Conflicts
How to Get Through a Fight with Your Partner