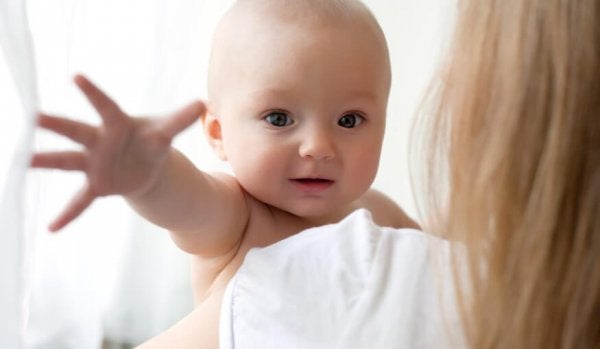 Attachment theory centers around the psychological phenomena that occur when we establish affective bonds with other people. The way we do so is conditioned by how our parents interacted with us during childhood. If the relationship wasn’t positive, this often results in toxic relationships and emotional dependence in adulthood.

Children who have been separated from their parents seek the attachment that was taken away from them in their future relationships.

John Bowlby was a pioneer of attachment theory. He discovered that maternal deprivation can seriously affect babies. It’s so potentially damaging that the child can even develop an intellectual delay and a very harmful relationship with their emotions. Harry Harlow, a U.S. psychologist, decided to test out Bowlby’s attachment theory by performing an experiment that many people, if not everyone, would consider cruel.

Harlow experimented with rhesus monkeys, an Asian species that’s assimilates to living with humans easily. The purpose of the study was to examine their behavior in the laboratory to confirm Bowlby’s attachment theory. He separated the baby monkeys from their mothers to see how they reacted.

However, his methods were questionable. He put two items in the cages with the baby monkeys: a full bottle to feed them and a stuffed animal or doll that looked like an adult monkey. The doll had no type of nourishment to offer the baby.

When faced with a choice between the two items, which one would the babies choose? Harlow wanted to answer this question not only to confirm Bowlby’s theory of attachment, but to discover the existence of unconditional love. The results showed that the baby monkeys preferred the doll, even though it didn’t give them any food.

When the babies were scared, they clung tightly to the doll, because it gave them a sense of security.

This allowed Harlow to verify how important the relationship with and attachment to the mother is when babies are very young. Even though they didn’t get any food, they chose the doll because it had adopted the role of mother for them. It was the creature they wanted to spend their time with. The other option was mere food that brought them no warmth or affection.

Harlow wasn’t satisfied with what he had confirmed. He decided to go even further, without regard for the well-being of the rhesus monkeys. He isolated them in even smaller spaces where there was nothing but food and drink. That way, he could observe how they behaved in total isolation.

Many of the monkeys were trapped inside these chambers for months, and some even years. Deprived of all social and sensory stimulation, the monkeys started to show changes in their behavior as a result of their confinement. The monkeys that were confined for a year entered a catatonic state. They became passive and indifferent towards everyone and everything.

When the monkeys reached an adult age, they couldn’t properly relate to the other monkeys. They couldn’t find partners, felt no need to reproduce, and some even stopped eating and drinking. Many died.

The female monkeys had it even worse. At the end of the experiment, Harlow realized that the females couldn’t get pregnant, since they had no interest in it. In response, he forced them to mate against their will in what he called a “rape rack.”

The result was completely horrifying. The violated female monkeys completely ignored their babies, neglected to feed them, and in short, did not love them. It was so bad that many even injured and killed them.

Even though it was just a doll, a toy, the monkeys considered it to be their mother and went to her when they needed her.

Beyond just verifying Bowlby’s theory of attachment, Harlow’s morbid experiment made it clear that monkeys need much more than just food and rest. For a healthy development, monkeys prefer to cover their need for warmth before they cover their nutritional needs.

Harlow’s experiment also highlighted the influence of early relationships in the behavior of adult monkeys. The deprivation of social stimulation at an early age caused the monkeys to lose interest in this type of contact later on in life when they were given the opportunity.

Deprivation of affection in humans

Extrapolating these conclusions onto human beings, children who don’t receive enough affection when they’re young, who are isolated and rejected, will have difficulty developing healthy relationships. It’s a permanent scar that results in affective deficiencies, compelling them to find someone who can give them the affection they didn’t receive in their first few years of life at any price. In other words, it leads to emotional dependence.

*Editorial note: fortunately today, the ethical requirements for studies with human and animal subjects are much stricter than they were back then, and this experiment would never have been allowed today. Unfortunately, we can’t make up for the torture that these animals were subjected to, but we can honor their suffering by remembering what it taught us.

Three Marks Of Childhood That Last Forever
Childhood is that time when a beautiful paradox takes place: we are capable of building the strongest cements in the shortest time period Read more »
Link copied!
Interesting Articles
Experiments
Publication Bias