How to Let Go of Your Ex, According to Walter Riso 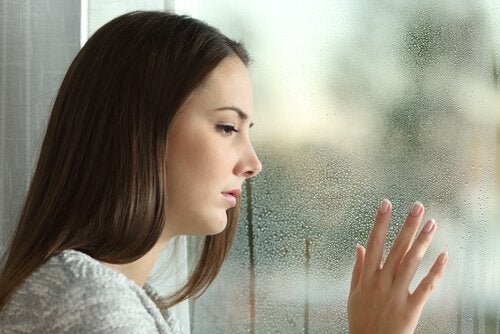 Walter Riso’s latest book is titled Now That I’ve Said Goodbye, How Do I Forget You?. This psychologist has written about a lot of topics, but not yet about breakups. He himself finds this void curious, since, in his practice, he frequently attends to people who have precisely those problems: facing the end of a relationship and dealing with their ex.

It is true that nowadays a lot of romantic relationships are ephemeral. But it is also true that there are plenty of people who experience exactly the opposite situation. They get stuck for a long time in emotional bonds that have already ended. In fact, sometimes they get so obsessed, they might spend months or even years worried about what their ex might do or not do. Or, they search for them using any excuse they can think of, never accepting their solitude.

Walter Riso comments that he had a patient who swore she had gotten over her ex. However, every night she slept with a teddy bear that he had given her as a present. With this simple gesture, she prolonged the agony of the breakup and closed every path towards moving forward with her love life.

The reason why so many people have such difficulties forgetting, according to Walter Riso, is “hope”. At first having hope is something positive, because it pushes us to act and persevere. But in the matter of romantic breakups, this great virtue could become your worst enemy.

As long as there is hope, it is impossible to cut ties with that person, or with the memory of a person who is already gone.  The pain that comes with a loss can disturb emotional perceptions, and that is when people begin interpreting facts based on their own desires instead of on their real meaning. Hope contributes to keeping these mistaken perceptions valid and overvalued.

The point is that hope can maintain itself, even though the ex is clearly not interested anymore. Deep down, what is going on is a refusal to accept the loss. Thus, because it’s not admitted, hope seems to serve as a smoke screen so that we don’t have to face reality.

For a person to break up definitely with their ex, emotional oblivion must take place. How can this be achieved? According to Walter Riso, the best way to do it is by breaking the trains of thought which keep us attached to this time in the past. If there is something that reminds you of this person, cut ties with it. If you don’t do this, a conglomerate of thoughts and linked feelings will activate. In turn, they will always lead you to the same point: the inability to forget.

In these current times, part of the process towards emotional oblivion includes eliminating that person from Facebook, WhatsApp and any other social media. These spaces have been designed precisely to keep us updated on other people’s life. And if what you want is to forget, there is nothing worse than keeping these windows open.

For Walter Riso, dignity is an expression of self-respect. After a romantic breakup, preserving your dignity is a crucial factor in overcoming the situation. Falling into begging, humiliating ourselves and continuously stalking our ex not only increases the feeling of worthlessness. It is also totally ineffective.

If the other person is already over us, but we keep on insisting, sooner rather than later what is going to happen is that we become annoying to them. Nobody can appreciate someone who doesn’t appreciate themselves. It is difficult to respect someone who is not capable of respecting themselves. You can choose the most discreet ways you can think of to chase your ex around, but they are always going to find out. And, over time, they will try to get away from you more and more.

That way, you will be walking behind them believing that every step will bring you closer to them. When the truth is that the only thing these trailing steps will do is make you feel even more lost the day that this mirage finally disappears.

Riso says that the process to oblivion follows a sequence: self-control, resignation and the creation of new goals and expectations. When you manage to put an end to the obsession, accept the loss and focus on finding new motivations, this is when your life will change. The same goes for your feelings. After overcoming this difficult trial, instead of suffering “post-traumatic stress”, what you’re going to achieve is “post-traumatic growth”. At this point, the effort will have been totally worth it.

Link copied!
Interesting Articles
Personal Development
I'm Trying to Be a Better Person, but I Still Have the Right to Mess Up

Wellness
Did you Know that Each Type of Hug Has a Different Meaning?

Edward Paul Abbey once said something beautiful: "I believe only in what I can touch, kiss or hug. The rest is…

Wellness
How to Manage Your Emotions Well

Have you ever stopped to think about how you tend to react when you feel bad? Or if your behavior…