George Berkeley, the father of philosophical idealism, laid the foundations of a new world view for the study of objects and their relationship to the human mind. Discover his life and work here! 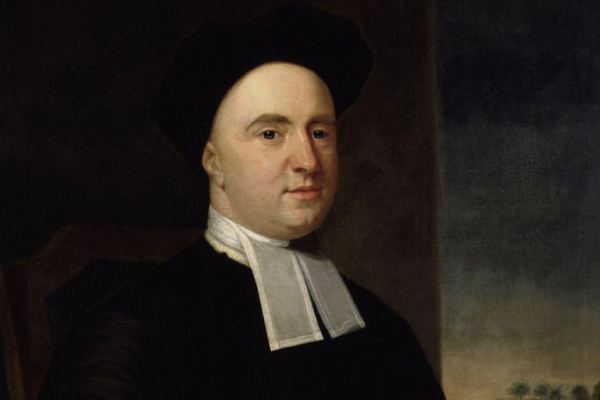 George Berkeley (1685-1753) was one of the most important scientists of his time. He was also a bishop, philosopher, and humanist. He’s well known for his empiricist philosophy and his advocacy of idealism. In addition to that, he was a scathing critic of the greatest philosophers who preceded him, such as Descartes or Locke.

Idealism tells us that everything exists to the extent that we can perceive it with our senses. Everything except the spiritual, that is. His contributions ranged from philosophy to physics, through areas such as psychology, medicine, and mathematics.

He was a great thinker, with an influential and extensive work that’s worth learning about. In today’s article, we’ll try to summarize his life and thinking in some way.

A brief biography of George Berkeley

George Berkeley was born in Dysert (Ireland) in 1685 and died in Cloyne (Ireland) in 1753. A successful student at Trinity College Dublin, he studied science and literature. He also remained there as a teacher until he perfected his studies of Greek and Hebrew.

Always in contact with the work of great thinkers, such as Locke, Hobbes, Descartes, and Newton, he developed his own philosophy: the immaterialist or idealist philosophy. Between 1707 and 1710, he published various works of considerable importance. Among these, A Treatise Concerning the Principles of Human Knowledge is particularly noteworthy. In 1710, he was ordained as an Anglican priest.

George Berkeley married Anne Foster in 1728, a very gifted and intellectual woman who defended her husband’s philosophy until his last days. Between 1728 and 1731, he settled in the American colonies, specifically in Rhode Island. There, he waited for funding from the King to create a missionary center and to instruct the locals there.

Not having obtained such funding, he decided to return to Europe, settling in London in 1732, and later in Cloyne. Once there, and until 1744, he developed important works such as Alciphron: The Minute Philosopher, A New Theory of Vision, and Siris. Tired and devastated by the death of one of his sons, he finally died in 1753, leaving behind a great scientific and philosophical legacy.

Berkeley, unlike Locke and Hobbes, embraced philosophical immaterialism. What exactly is this immaterialism? As far as Berkeley is concerned, we only know things by their relationship to our senses, not by what they are in themselves. In other words, the only things we can believe to be true are our mental representations.

Berkeley proposed the principle of idealism, explaining that things “come into being” at the exact moment that they’re “perceived”. In fact, the substance wouldn’t be matter, but only its spiritual foundation. According to Descartes, the spiritual world is the fruit of our thoughts and this would be its irrefutable proof, its criterion of truth.

Descartes rejected the world of the senses; the senses deceive us and, therefore, we shouldn’t trust them. Knowledge for Descartes was innate and reason guides us towards it. Descartes doubted everything and, yet, at the moment that he was doubting, he was aware of his own existence: cogito ergo sum.

As far as Descartes was concerned, he was an imperfect being and, yet, he possessed the idea of a perfect being: God. An imperfect being can’t have created something perfect, so who has put the idea in his mind? The answer to this question can’t be any other than God himself.

The other side of the coin

The other side of the coin is represented by Berkeley, whose empiricism is extreme, to say the least. We no longer speak of knowing objects as they are and have always been. According to Berkeley, the object only truly exists when we first perceive it.

However, if objects only exist as a result of our mental representations, there had to be something that remained outside of our mind and drove those perceptions. That “something”, which is outside of us, is none other than God.

Thus, Berkeley and Descartes, although tremendously opposed, function as two sides of the same coin. They had two very different theories of knowledge and metaphysics, but with the same answer: God.

His psychology of vision

One of the reasons Berkeley stands out is his understanding of how we perceive and interact with objects. His main idea is that our knowledge is only real if there’s conformity between our ideas, and not with the reality of things, as such. In addition, he adds: “having an idea is the same as perceiving”.

Following this paradigm, nothing that we perceive exists as such in nature. Therefore, to exist can’t mean anything other than to perceive and be perceived. In fact, this phenomenon can be seen in children. When they play hide and seek, they close their eyes to become invisible.

According to Berkeley, we don’t actually see things around us, but we have ideas and, within those ideas, we see things. As a consequence of perceiving objects with our vision, they don’t exist outside of our minds. This is a completely revolutionary approach, which opens the door to relativism. Everyone sees and creates their own reality according to their own perceptions.

If Berkeley tries to reduce all experience to internal experience, then we find that, in the mind, there are ideas and that these ideas come from our sensations. This theory had a great influence on philosophy and psychology throughout the 19th and 20th centuries.

Rejecting the theses of important thinkers who preceded him, George Berkeley proposed that our mind is composed of an infinite set of ideas, which come from our experience with different sensations. Therefore, we don’t operate with the objects themselves, but with our mental representations of those objects.

As for their impact on psychology, positions such as structuralism and cognitive psychology have at least some of their antecedents in Berkeley’s ideas.

We hope you enjoyed this look at a scientist and thinker who helped us to unravel the mysteries of the mind.

Moral Relativism: Differentiating between Good and Evil
You may have heard the term moral relativism before, but what does it really mean? And how do we know what is good and what is evil? Read more »
Link copied!
Interesting Articles
Biographies
Poet Whitman and His Enthusiasm for Life