The Galatea Effect: The Secret of Success 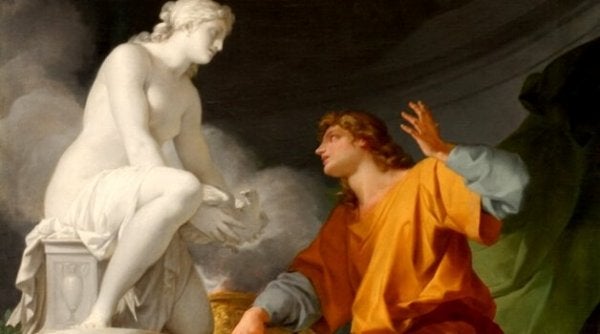 The Galatea effect is a cognitive factor that induces you to achieve results. It traces its roots from mythical figures Pygmalion and Galatea. Pygmalion, the king of Crete, was looking for the ideal woman. Since he couldn’t find her, he made a sculpture with all the attributes he was looking for in a woman.

The sculpture epitomizes not only physical attributes but also values. The figure embodies beauty, tenderness, nobility, sensitivity, and many other virtues. It was so perfect that he fell madly in love with it. He called it “Galatea”.

“You can do little with faith alone, you can do nothing without it.”

The Galatea effect doesn’t only affect our own self and our own belief to succeed, but it also influences others. If we’re convinced that we’re capable of achieving something, it creates an “illusion” in others and vice-versa. If we doubt our abilities, it’s likely that others will too.

We can say that a person is much more likely to succeed when their mind is working towards their goal. Many high-level athletes practice the Galatea effect. They visualize the desired result or score, especially before their competition.

The Galatea effect may or may not be beneficial for us. Ideally, we should use it to our advantage. Some self-help approaches stress the importance of visualizing where we are in relation to our goal. This approach is consistent with the Galatea effect as to how our thoughts influence our capability to achieve a certain objective.

Possibility, capacity, and merit are the means to activate the Galatea effect. Possibility means that the purpose must be realistic. Capacity is the ability to maximize skills. Merit is related to a positive attitude.

Some goals are difficult, while others are impossible. First, make sure that your plans are possible. If you want to become invisible, but don’t have any foundation or hypothesis that may challenge the current laws of physics, this goal is impossible.

Ability involves identifying, recognizing, and promoting those skills that we possess that will eventually help us reach our goal. Anyone can touch the sky as long as they know how to get there. The second step is trusting your own capabilities. Don’t limit them, just have faith in them.

Finally, self-concept and self-esteem are closely related to self-perception. Do you think you’re valuable enough to achieve fulfillment and happiness? Is there anything that makes you doubt yourself? Do you give up on great achievements before even trying simply because you don’t consider yourself a successful person?

Evaluate yourself and figure out who you are, what you can do, and what you deserve. If you don’t believe you can and deserve to achieve something, you probably won’t. That’s how the Galatea effect works.

How to Be Successful at Work
Everyone wants to be successful at work. But, what is success? For some, it's dedicating yourself to something you're passionate about. Read more »
Link copied!
Interesting Articles
Literature and Psychology
Books are Mirrors

“Books are mirrors: you only see in them what you already have inside you”. This quote, from the book The Shadow of the Wind by Carlos Ruiz Zafón, speaks of how personal…

Sometimes we get so carried away with our to-do's that we forget why we're even here. Or we depend on others…

What would life be without friends! Without that support when we're sad... that laughter with the power to turn an ordinary day into an unforgettable memory. Friends are wonderful, and…

Culture
The Imperfect House: A Story to Reflect On

Trying to be liked is human nature. Many people learned at a very young age to seek the approval of…