The creator of Gaia's Dreams project is Dean Radin, a man with an honors degree in Physics who's also devoted himself to investigating what some consider questionable phenomena: clairvoyance. His work gets much of its influence from some of the concepts of Carl Jung. 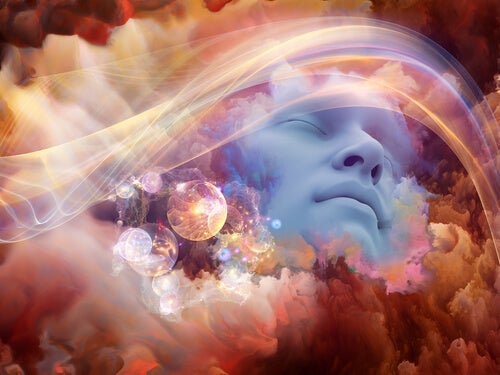 Dean Radin is definitely a controversial intellectual. Furthermore, Gaia’s Dreams Project stands out as something positive in the public debate.

Both he and the project itself have come under severe criticism from the scientific community. However, nobody can say that he and his project are mere quackery. This is because he constantly seeks an experimental basis to support his claims with.

Radin isn’t a guru who published a bestselling book. Also, he didn’t become a millionaire with pseudoscientific claims. In addition, he’s an electrical engineer, a graduate from the University of Massachusetts Amherst. In fact, he got a master’s degree in electrical engineering. Also, a doctorate in educational psychology from the University of Illinois—Urbana-Champaign system.

Of course, all those credentials don’t mean he’s right. They only show a person who’s genuinely interested in more scientific knowledge. Gaia’s Dreams project is one of his intellectual adventures.

“The dream is the small hidden door in the deepest and most intimate sanctum of the soul, which opens to that primeval cosmic night that was soul long before there was conscious EGO and will be soul far beyond what a conscious EGO could ever reach.”

The work of Dean Radin

Dean Radin has devoted himself to the study of so-called “psi phenomena” or extrasensory phenomena for at least two decades. Almost all of his studies include a large amount of data, with a subsequent cross-information of that information. This is an inductive method that scientists widely use.

One of the first studies Radin cites is a survey conducted by the University of Illinois and directed at people who regularly meditated. Someone asked them if they’d ever experienced clairvoyance, precognition, and similar “psychic” phenomena. Interestingly, 75% of the meditators claimed to have experienced such situations.

This and other studies gave rise to a 2013 book: Supernormal – Science, Yoga, and the Evidence for Extraordinary Psychic Abilities. Over time, Radin linked these types of phenomena with the theory of quantum mechanics and Jungian psychology. In fact, he thinks there’s room for these types of topics within the academic world.

The background of Gaia’s Dreams project

The immediate antecedent of Gaia’s Dreams project is another one referred to as “The Global Consciousness Project“. It began in 1998 and, as per their website, its purpose is to: “explore whether the construction of interconnected consciousness can be scientifically validated through objective measurement”.

What they’ve basically done is request information from meditators about presumed precognitions and clairvoyant visions. Then, they review that information and find matches. They say that it allows them to make event predictions that are important to humanity. They claim to have predicted the September 11 terrorist attacks in New York and other similar events, for instance.

In the opinion of those who are part of this project, the idea is based on the concept of “collective unconscious”, as proposed by Carl Jung. As they point out, dream images not only provide information about the individual unconscious. In fact, they also fulfill the role of anticipating the collective reality.

This project is an experiment in which anyone can enter a website and share their dreams. Using computer tools, the information contained in these dreams analyzes them to find common patterns. Dean Rean thinks that these commonalities correspond to the “collective unconscious” and that they’ll give clues to events to come.

It isn’t easy to establish to what extent that exploration is really based on Jung’s ideas. In fact, this psychoanalyst was very particular. Thus, his study of mythology led him to consult the astrological charts of his patients, as well as to use the Tarot to unravel meanings. Jung’s work is full of allusions to these kinds of themes.

Regardless of whether Gaia’s Dreams project leads to premonitions, as Radin assures, it’s definitely an interesting bet.

Obviously, it shows that, deep down, human beings are the same regardless of their nationality. Their wishes, fears, and expectations, especially in a globalized world, constantly repeat, regardless of any cultural particularities.

Ahimsa: The Philosophy of Integral Peace
The term 'Ahimsa' refers to integral peace that advocates nonviolence and respect for life. Read on to learn more about it! Read more »