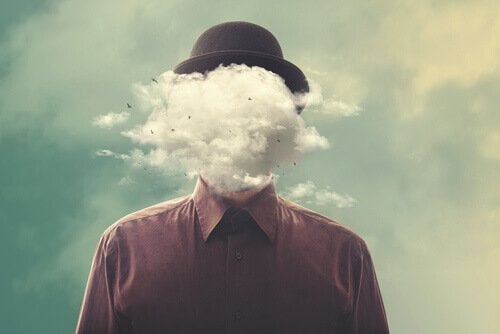 With so much information and not enough time to review it all, we usually make quick decisions based on heuristics. They lead us to biases, such as the fundamental attribution error (Gilbert, 1989).

Also known as correspondence bias, the fundamental attribution error affects and distorts the attributions we make. It describes the tendency or disposition to oversize or overestimate internal personal dispositions or motives when trying to explain/attribute/interpret behavior observed in other people, understanding the importance of the circumstances.

Edward E. Jones and Keith Davis (1967) designed a study to test how allocations worked. Specifically, they wanted to study the way in which we attribute criticism to an unfavorable attitude. Let’s review this experiment to clarify this phenomenon.

So far, the results were as expected. When thinking that the writers had written freely, the attributions that were made were internal. Participants believed that the authors wrote based on their own beliefs. However, other participants were told that the writers had written for or against Castro purely by chance. A coin toss determined whether they would write for or against him.

With this new information, researchers expected that the participants would now site external attributions. However, the attributions remained internal. If you write in favor, you are in favor; if you write against, you are against, regardless of what motive lead you to write. It’s curious how the mind works, right?

But what are internal and external attributions? What is the difference between them? These attributions refer to reasons, or causes (Ross, 1977). Thus, an internal attribution is one that makes the person, specifically their internal characteristics, responsible for a result. These internal characteristics include attitude and personality. For example, if someone that I don’t like fails an exam or is fired from work, I will probably attribute that to internal causes. They failed because they’re stupid, they fired him from work for being lazy. Being foolish or lazy are stable characteristics of people.

On the other hand, external attributions refer to the influence of situations, changes, and hazardous factors in many cases. Continuing with the previous example, if someone I like is fired, I may assume it was because they had a bad day or the boss is incompetent. In this case, the attributions could be based on circumstantial events, such as having a bad day or the internal characteristics of third parties.

Explanations of the fundamental attribution error

There are several theories that try to explain how the fundamental attribution error arises. Although we don’t know exactly what occurs, some theories raised hypotheses. One of these theories is the “just world hypothesis” (Lerner and Miller, 1977). According to this hypothesis, people get what they deserve and deserve what they get. Attributing the failures of someone we dislike to personality rather than situational factors satisfies our need to believe in a just world. This belief reinforces the idea that we have control over our own lives.

Another theory is that of the actor’s communication (Lassiter, Geers, Munhall, Ploutz-Zinder, and Breitenbecher, 2002). When we pay attention to an action, the individual is the referential point. We ignore the situation as if it were a simple background. Therefore, the attributions of behavior are based on the people we observe. When we observe ourselves, we are more aware of the forces acting on us. Hence, external attributions.

Culture and the fundamental attribution error

The fundamental attribution error doesn’t occur in the same way throughout the world. Some researchers have found that it’s more common in individualistic cultures (Markus and Kiyatama, 1991). Those more individualistic people will more often fall into this bias than those who come from collectivist cultures. In this way, Asians attribute behavior to situations more frequently, while Westerners attribute the behavior to the actor.

Culture can determine these differences. Individualists, more common in Western countries, tend to see themselves as independent agents and therefore are prone to individual objects in the face of contextual details. In contrast, the collectivists tend to pay more attention to the context.

A classic difference can be found in pictures. Western artists put figures of people occupying a large part of paintings, while they hardly develop in depth. In contrast, in countries such as Japan, paintings show very small people in landscapes where every detail is highly developed.

As we have seen, biases are difficult to avoid since they are included in factors such as culture. However, they’re not impossible to avoid. Some techniques to help correct the fundamental attribution error are (Gilbert, 1989):

Cognitive Bias: When We Don’t Think, We Make Mistakes
Cognitive biases are psychological effects that distort your thinking. Like heuristics, these biases serve to save cognitive resources but they can lead us to make pretty serious mistakes. Read more »
Link copied!
Interesting Articles
Cinema, Television, and Psychology
Call Me by Your Name: An Experience that Leaves a Mark

Culture
The Four Types of Buddhism

Buddhism isn't organized according to hierarchies of power like in other religions. In other religions, the person who houses the wisdom of the sacred texts is at the top. However, we can…

Today we're going to talk about a drink that you've surely all heard about at least once. Knowing the scientific…

Cinema, Television, and Psychology
The Sea Inside: When Life is an Obligation