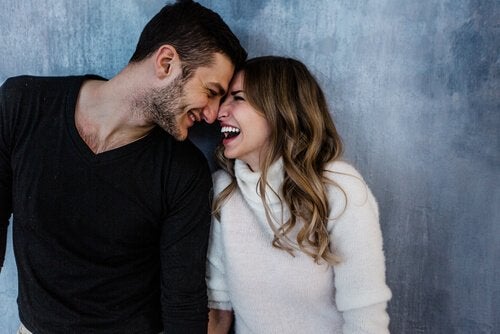 Do you know what it means to be friends with benefits? History shows us that what people consider important in a romantic relationship has changed significantly over time. Years ago, the most important thing was the security of the institution of marriage. Getting married seemed like the only way to gain social legitimacy and the only valid environment in which to raise children.

Later, romance and freedom became a priority for young couples. Being in a relationship opened the doors to lives independent of their families. Not only that, but it allowed young people to live the romantic movie scenes from the twentieth century.

What’s the trend today? Many people look for more than emotions and feelings. They also want satisfying, unique, and intense sensations. Lots of young people and adults these days value sexual liberty above all. They want to be able to discover for themselves everything on the spectrum of human sexual behavior.

Friends with benefits are two people who know each other, get along well, and find each other attractive. However, their relationship doesn’t require any more commitment than a platonic friendship might.

The emotion that stands out the most in a friends with benefits relationship is attraction. Another way to define that attraction would be the “chemistry” aspect of love.

“My friend with benefits is a man that I see when we both feel like it and have time. We aren’t exclusive, but we treat each other with kindness and love. We have sex, but without the commitment of a relationship. The truth is that we don’t want to take on the commitment that a formal relationship requires.”

Attraction is what makes you feel like kissing and hugging this person you care about. Nevertheless, sexual activity doesn’t necessarily mean that you’ve established intimacy with someone. Intimacy comes from sharing thoughts and feelings. Similarly, sexual activity with someone else doesn’t imply that there’s an established commitment to that person. Commitment is the decision to stay with this person in spite of the ups and downs.

“We love to go out together and have fun, dance, and have lots of sex. Our attraction is visceral.”

When people are young, romantic relationships are usually based primarily on physical attraction. As they get older, say around 20 or 25, they start to value inner qualities more than before. At the end of adolescence, intimacy and trust become more important for both men and women.

It’s only after having several relationships of this type that most people start to think about having a more lasting relationship. During their teenage years, people have relationships because they’re fun. They can go out on dates and make fun plans with their partners. These relationships aren’t usually very serious, and no one is thinking much about the future.

What rights do friends with benefits have?

The upside of being friends with benefits is that there’s no pressure of commitment. If you want to go back to being regular friends without benefits, you can. However, there are also people who want sex without any emotions involved at all.

These are usually called one-night stands, like when people meet someone at a party or a bar and have sex. However, there are no feelings involved and they don’t usually see that person again.

7 Benefits of Friends, According to Science
Friends are one of the greatest sources of support we will find throughout our lives. Anyone who has had the good fortune of having them knows it. Read more »
Link copied!
Interesting Articles
Wellness
5 Faces of Envy

Wellness
There is Nothing Else but the Here and Now

You, who wake up every morning with disheveled hair, trying to delay what will be the start of a new…

Wellness
When To Leave Things Behind

I have left some things behind. And even though I know where to find them. I also know that life is sometimes a one-way journey. But I'm not afraid of…