How Friends Defined a Generation

For over 25 years, this show has changed the way a whole generation of young people sees the world. Friends has created some unrealistic expectations about life for millennials. 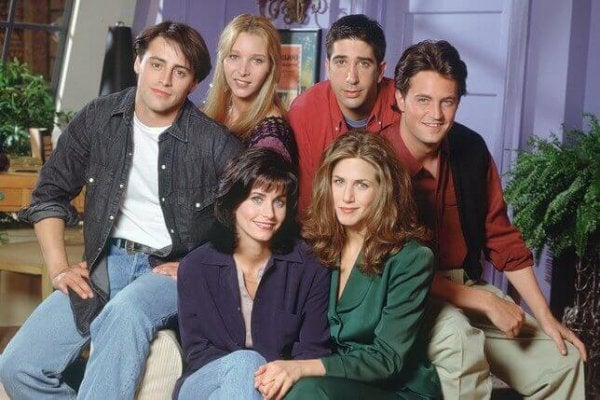 The sitcom Friends defined a generation of young people. It first aired in 1994 and tells the story of six twenty-something friends who get together in a small café. Living as young people in New York, their lives are simple and complicated at the same time.

Originally, the show was going to be called Insomnia Cafe. The target audience for the series was the kind of people who watched Seinfeld and Woody Allen movies. However, Friends took an unexpected turn that made it unique at the same time.

Although Friends had the same neurotic humor as Seinfeld, it was actually a very hopeful series. These six characters seemed to have bright futures. It was a show about love, sex, relationships, and professional life. Above all, Friends was a TV show about friendship and how your friends can become the family you choose.

How Friends defined a generation with unrealistic expectations

The sitcom was a resounding success because of its character development. Friends reruns keep on airing to this day. For over 25 years, this show has changed the way a whole generation of young people sees the world. Friends created some unrealistic expectations about life for millennials.

Aside from Chandler and Ross, none of the main characters had good-paying jobs. Joey was an actor who never had work. Monica was a part-time chef. Rachel was a waitress at a coffee shop and Phoebe was a part-time masseuse. None of them would ever have had enough money to buy an apartment or even rent one.

In the modern world, it’s very hard for a young person to maintain this lifestyle without a steady job. The size and the decoration of the apartments defined the aspirations of young people in the 90s and 2000s. These kinds of unrealistic expectations can be a significant source of frustration.

The show never portrays the characters’ love and sex lives as attractive. They always have romantic problems. The men in the show were pathetic and the women were neurotic perverts.

Ross and Chandler were always sexually frustrated. Joey seemed to believe that he could only have one-night stands. Rachel, Monica, and Phoebe, on the other hand, constantly dissected their friends’ actions. Friends turned sex into a distant and almost bureaucratic process.

This point is closely related to the last one. Most women have been the target of supposed “compliments” from strange men at the gym, in the grocery store, at the park, while buying a newspaper, etc. These interactions are unpleasant and they’re also how Joey picked up women.

Joey has been the reason why so many young men grew up with the wrong idea. Joey was a super confident guy who was supposedly very “successful” with women. This confidence inspired certain behavior in young men who would have otherwise related to women in a different way. The Tribbiani “method” for picking up women bordered on sexual harassment and that isn’t okay.

4. The right amount of time to spend at a coffee shop

Coffee shops are simultaneously fun, chill, noisy, and calm. In contrast to other types of restaurants and businesses, they offer a place to get together with friends. In the 90s, coffee shops were a relatively new phenomenon. This TV show was partly responsible for coffee shops becoming as popular as they are today.

Nevertheless, there’s also a negative aspect to cafés that Friends seemed to promote. We’re talking about people who park themselves in a café for hours and hours. Whether they’re talking, using the Wi-Fi, or reading a book, these people won’t leave their seats. It’s almost like they have reserved spaces in their regular coffee shop. This might seem cute on Friends, but this behavior can be really bad for business.

Neither of them ever seemed happy. They fought constantly. Later, they partly ended the relationship because they were afraid of making hard decisions. They also cheated on each other with other people. Everything is very confusing. In spite of all that, many people considered them the ideal couple. Their long and complicated relationship is portrayed as “romantic”.

Ross and Rachel stay in a romantically ambiguous relationship for too long. What’s more, this eternal relationship opened the door for equally endless conversations about “where the relationship is going”.

In every relationship, communication is important so that each person knows what to expect from the other. However, relationships reach a point where both partners just have to let things flow. Instead, Ross and Rachel seem determined to keep beating a dead horse.

At the end of the day, Friends defined a generation and is definitely a fun show to watch. The dialogues are funny and the situations are silly. Nevertheless, it’s important to watch TV shows with a critical eye. That way, we can avoid repeating problematic ideas and behavior patterns.

Friends, the Family You Choose
A true friend will leave a mark on your life. If you have someone like this in your life, count yourself immensely blessed. True friendship is magical, authentic, and unconditional. Read more »
Link copied!
Interesting Articles
Culture
Why Quality of Life Matters More than Having a High Standard of Living

Culture
What Is Food Neophobia?

Food neophobia is when a child is scared of or refuses to eat new foods. This behavior is characteristic of a certain stage of children's development. Sharing a meal with…