Frida Kahlo on Love and Life 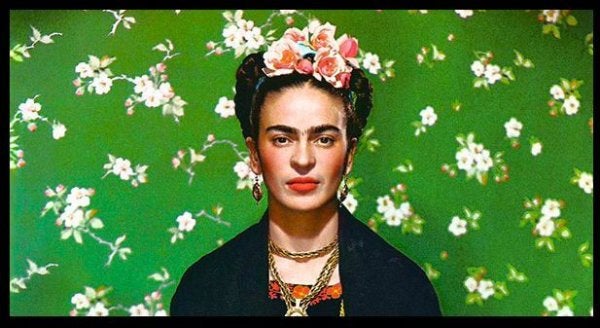 Frida Kahlo lived an intensely emotional life full of precocious learning and controversial temptations. This filled her history with love, struggle, and hope, and showed the world a life beyond what everybody thought was possible.

Born in Coyoacán (Mexico) in 1907 into a family of Judeo-Hungarian, Spanish, and indigenous ancestry, Frida Kahlo stood out for her great skill as a painter and poet, as well as her stormy love affair with her first and second husband, the celebrated Diego Rivera.

Frida Kahlo as a symbol of feminism

She was a broken women who broke with conventions, represented herself, and became a marvel because of it. She was able to look at herself, exaggerate her masculine features, and take a stand on feminism in an age in which the world was fed up with the grotesque swagger of machismo.

Frida Kahlo rejected her subjugation by men, forced herself to be self-sufficient, and built herself up as a symbol of feminism and gender equality. As she reflected in her art and her actions, every human being should have the same position on the ladder of life.

Art as a form of expression

Even though controversy was a recurring theme throughout her entire life, there’s no doubt that most of her life was marked by her childhood, during which the fatal hands of destiny forced her into a way of life and loneliness that she didn’t deserve.

Her lessons in love are reflected in the suffering that appears in her art, especially in her self-portraits. In her paintings she portrayed her difficulties, acknowledged her exposure, and followed the path of self-acceptance.

Bisexual and in love with a man who didn’t know how to love just her, Frida taught us that it’s possible to live your life through the grief and pain of love. Her passionate and unconventional relationship with Diego Rivera survived infidelity by both parties, a divorce, and many other separations.

In reference to her divorce, which she carried out in 1939, and her subsequent “remarriage,” Frida wrote the following words: “The remarriage is working out well. Less fights, more mutual understanding, and on my part, less anger towards the other women that suddenly take up a preponderant space in his heart.”

Even though there’s no doubt that the infidelity made them suffer, the following quote shows us that Frida and Diego defined their relationship the way they wanted to, not the way convention demanded of them:

“I won’t call Diego my ‘husband,’ because that would be ridiculous. Diego has never been, nor will he ever be, anybody’s ‘husband.’ Neither is he a lover, because he encompasses much more than the sexual realm.”

On his part, Diego said of their fiery love that she was pure poetry. The following declarations reflect their mutual admiration of each other: “I was lucky enough to love the most wonderful woman I’ve ever met. She was pure poetry and genius. Unfortunately, I didn’t know how to love just her, since I’ve always been incapable of loving just one woman. Having fallen in love with her is the best thing that’s ever happened to me.”

The two of them epitomize the endless absurdities of love, a feeling as universal as it is inexplicable. Nobody can understand why Frida dared to love a man who was an infamous womanizer, but then, love was never a question of reason.

People called them the elephant and the dove. He was 42 years old and weighed 136 kg, she was 22 years old and weighed 44 kg. Him cheating on her, her loving him immeasurably. Him adoring her but unable to share his life exclusively with her. But together they evolved and existed as two and one, leaving a big mark on world history.

This relationship was not the only thing that tormented her. Her life was replete with misfortune and illnesses that crushed a large part of her life and dreams, like being a mother, for example.

Frida talked about suffering as a state of consciousness in a quote that will be remembered forever: “I drink to drown my sorrows, but they’ve learned how to swim.”

In the same way, like Diego Rivera remarked in the following quote, every woman has an infinite amount of strength inside of her: “I’m sure that women are not of the same species as men. Humanity is made up of them. Men are a subspecies of animals…completely unsuitable for love, created by women to put them at the service of the more sensitive and intelligent being.”

In short, the trajectory of Frida Kahlo’s life teaches us that “above everything else, we need to love ourselves,” and that we are the only ones who can say “enough!” to our suffering. That’s the only way we can be who we truly are and flaunt our style.

“To wall off suffering is to risk devouring yourself from the inside.”

Culture
Women's Day: If We Stop, the World Stops

Rubén Darío once said that without women life would just be rhetoric. But we're more than just poetry, because the world…

The word favor comes from Latin and its lexical component favere which means "to show kindness". The original meaning is…