Are You a Freelancer? Be Careful With Your Health 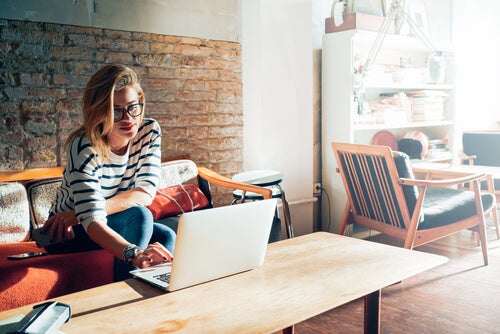 One of the most admired minds in recent years was the visionary Steve Jobs. He said, “It has got to be something that you’re passionate about because otherwise you won’t have the perseverance to see it through”. However, the reality of carrying out your passion may mean self-employment, which could actually be quite detrimental to your health.

Because being self-employed could put an end to stability, both physically and mentally, according to a study carried out by the Bellvitge hospital in Barcelona. The longer you work as a freelancer under stressful conditions, the more likely you will have to take a break from working for health reasons, and for longer periods of time.

We have a lot of names. Sometimes we are freelancers, others times, we are entrepreneurs. But, in short, we are people who — courageously — try to earn a living working on our own. However, every day we have to deal with disadvantages.

It’s true that we can take a day off when we want and organize our schedules how we like, to some extent. But not everyone can do this, and not always. It’s also true that we have more instability than a salaried employee. And that’s not even mentioning those who have to deal with low rates, high fees, unpaid vacations, and an income that fluctuates month to month.

All of this takes its toll on a person’s mental stability, which in turn ends up reflected in their health. As some say, it is like living life on a tightrope that’s wearing thin from so many problems.

What’s the problem with freelancing?

According to experts, the supposed freedom of the self-employed comes with a lot of problems. Poor time management, fear, instability, a sedentary lifestyle, anxiety and procrastination are some of them. So these brave self-employed people often end up with mental illnesses. One of them is anxiety, which can sometimes be the first step towards more serious illnesses, such as schizophrenia.

And although studies don’t always focus on the foundational or direct causes of mental illness in freelancers, most experts believe it’s because the self-employed live constantly on the edge. To top it all off, if we do end up throwing in the towel, we do it when it’s all over, when there’s no going back and the damage is already done.

Not all freelancers suffer from unstable work. However, it’s true that when something doesn’t go well, they are left relatively unprotected and defenseless.

What should freelancers do to counteract the problems?

If you want to take advantage of the freedom offered by being a freelancer, but not the negative parts, here are some practical, prudent solutions that may work for you.

As we said, a big problem for self employed people is procrastination. Leaving for tomorrow what you can do today is a snowballing problem. Living in a world full of distractions, such as social media, podcasts, games, television, etc., this phenomenon is very common: a self-employed person spends all day working, but they are not very productive.

So remember, if you put something off until tomorrow but you can do it today, you’re putting your future self in debt. You won’t look back on your past self fondly. The snowball gets a little bigger every time until it’s too big to control and it crushes you.

The future is not the present

Another great dilemma for freelancers is thinking too much about the future. Plus, with market and employment fluctuations, you spend some days bored, and others working nonstop. Naturally, the result is stress and burnout.

However, thinking too much about the future leads us to accept too much work. So it’s important to know when to delegate and when we can’t do any more. That is, stop constantly checking your phone or email; live in the present, not the future.

“My favorite things in life don’t cost any money. It’s really clear that the most precious resource we all have is time”
-Steve Jobs-

There is a world out there

Many freelancers, especially those who work at home, end up hardly ever stepping outside their door. But that’s a mistake, since spending too much time in one place, without physical contact with anyone, isolates a person and makes them socially poor.

So, go out, get dressed, go to the gym, socialize, go down to the bar, chat with people, use co-working spaces. To put it another way, don’t let your life be boxed in by the four walls of your home, because you’ll go crazy. Being a freelancer does not mean you need to suffer alone at home.

Every workplace has its pros and cons. If you’re self-employed, you’ll  have to intelligently manage all aspects of your day to keep your balance. Don’t let your mental health pay the price if you don’t.

Burnout Syndrome: When You Overwork Yourself
Burnout syndrome is defined as the sensation of unease produced by an over-effort related to work. It's the direct consequence of intense, prolonged stress. Read more »
Link copied!
Interesting Articles
Culture
Slaves by Day, Tyrants by Night

Many of us are slaves by day, tyrants by night. We feel bad about our situation and want empathy, but we're…

Cinema, Television, and Psychology
Into the Wild: Getting Rid of Material Stuff

Why choose to live like a beggar when you have everything? Why give up every luxury and comfort to live…

Culture
How to Know If You're Too Silent