The subtle forms of psychological abuse are dangerous due to their very nature. They often go unnoticed at the beginning and a victim doesn't notice them until they're already causing them a lot of damage. As you can see, information is the best form of prevention against it. 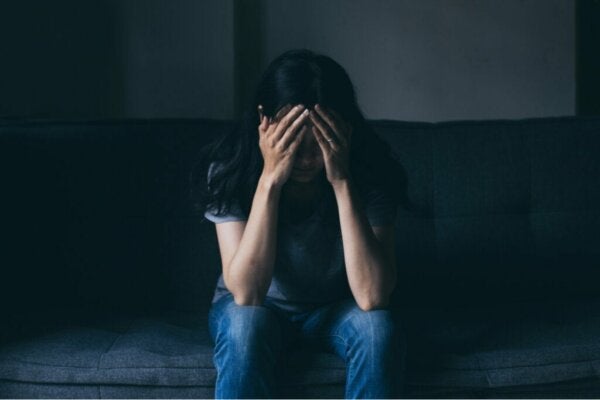 The subtle forms of psychological abuse are often hard to identify. They can be dangerous due to their seemingly harmless nature. However, these types of behaviors gradually undermine victims and leave negative emotional efforts. So what are they?

Today’s article will discuss four subtle forms of abuse that can occur in any relationship context. You’ll also read about the signs that can help you identify them, paying special attention to their consequences on the victims.

The subtle forms of psychological abuse

It’s common to reference the most obvious forms of psychological abuse. However, the subtle forms are often covert, ambiguous, and, thus, people may be more generous in their interpretation of an aggressor’s intentions. Thus, people often think the aggressor wants to help.

The difficulty in identifying the aggression, the repressed feelings, and the silence they produce don’t lead to intervention until later on. Therefore, it makes it harder to get out of a situation or even reverse it.

The subtle forms of psychological abuse may come in the form of” harmless” comments. Others come as discounting, humiliating, blackmailing, and attempts to control you. This type of aggression can occur in different contexts, such as in a romantic relationship, parents and children, and even in other types of bonds such as friendships.

Also, one of the characteristics of these subtle forms of abuse is that they generate specific feelings and sensations in the victim. Generally, they make them feel unworthy of love, guilty of many situations, and they may even develop a strong disregard for their own well-being.

This is a subtle form of abuse. Its actions aim to ignore the victim by not talking to them and acting like they’re not even there. This is covert blackmail and the aggressor won’t stop being indifferent until the other person gives in to their wishes.

The silent treatment reveals the emotional immaturity of the aggressor and their poor communication skills. The consequences for their victim can be quite damaging. This is because being ignored leads to feelings of fear, sadness, anger, and, above all, anxiety. The victim blames themselves for the situation; they don’t understand why they’re being treated that way.

The gaslighting of the popular Hollywood movies of the same name is one of the most subtle forms of abuse. Its main characteristic is that the abuser makes their victim doubt their own judgment and even their own perception or recollection of certain events.

In this form of blackmail, the aggressor alludes to the fact that the victim has imagined or exaggerated certain situations they’ve experienced, either consciously or unconsciously. Thus, the victim will stop defending their position in an argument when they begin to doubt whether things really happened as they remember them. This situation usually repeats over time and badly hurts the victim’s self-confidence. They end up in a situation of extreme vulnerability to their aggressor.

The consequences of these subtle forms of abuse include strong feelings of dependency, feelings of depersonalization, and loss of control. Victims of gaslighting often report feelings of going crazy or losing control of their lives.

This one has nothing to do with protecting. In fact, the care provided has a limiting effect on the victims in these subtle forms of abuse. In other words, this protection is detrimental to the victim’s autonomy and is a negligent form of parental-like behavior.

Overprotection comes in many forms: from a low capacity to set clear limits to vetoing the victim’s initiatives or avoiding any kind of frustration at all costs. The consequences of these actions generate feelings of fear in a person, dependence on their aggressor, and low tolerance to frustration. As you can imagine, it limits the victim’s daily life.

4. The conflict of loyalty

This is one of the subtle forms of abuse that can occur in various contexts. However, it usually happens in separated couples with mutual children. Some separated parents do their best to get a child’s unconditional loyalty. Of course, loyalty to one implies disloyalty to the other.

It’s common for parents to devalue the figure of their ex in front of their children, place the child in the role of judge, or make them feel guilty for enjoying their other parent.

The consequences of this type of abuse in children are associated with anxiety, somatization, and can seriously compromise their emotional stability.

Subtle forms of abuse, a little at a time

Subtle forms of abuse are characterized by ambiguity. However, they’re more common than other more notorious types of abuse. Also, they can lead to rather harmful effects on a victim in the long term. These conditions can worsen a victim’s prognosis.

As a refresher, the silent treatment is based on behaviors aimed at ignoring the victim in order to manipulate their behavior. In the same way, gaslighting diminishes a person’s self-confidence. These subtle forms of abuse, common in romantic relationships, lead to fear, anger, and anxiety in the victims.

Overprotection and conflict of loyalties are more common in parent-child family contexts. Parents create protective types of behavior that limit the autonomy of their children and make them feel helpless. This type of abuse is usually perpetrated by parents who pressure children to pick their side.

Subtle forms of abuse are like the drops that fall repeatedly on a rock. In other words, it’s a collection of little things. They wouldn’t cause harm on their own but can do a lot of damage when maintained over time.

The greatest danger of these corrosive formulas lies in the difficulty of identifying them. Hence, information is one of the most important things to prevent them.

Unmasking Psychological Abuse: My Story
Here is the testimony of a girl. A friend who slowly fell into the claws of psychological abuse without even realizing it until it was almost too late. Read more »
Link copied!
Interesting Articles
Conflicts
Dropping Hints Instead of Communicating Harms Relationships

Conflicts
Why Can't I be Happy for Others?

It's normal to be envious, indifferent, or even to really dislike that others are doing fine. However, sometimes you might…

Conflicts
How to Handle Conflicts with Humor

Managing conflicts by taking things with humor not only allows for resolving disagreements, but also strengthens relationships. In fact, different studies…