Foreign accent syndrome is rare in its conception and manifestation. Can you imagine getting up one day and speaking with the accent of another country? In today's article, we'll delve into this kind of disconcerting behavior. 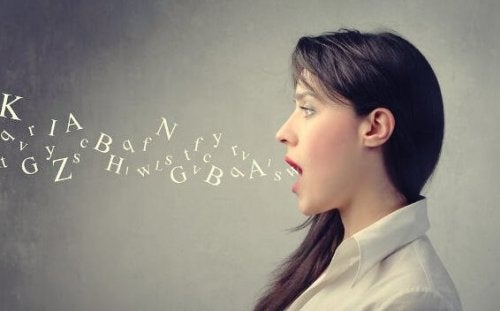 We’re talking about a phenomenon described by French neurologist Pierre Marie in 1907. He spoke of a case of a Parisian who began speaking with an Alsatian accent after they had a stroke.

Foreign accent syndrome is a rare neurological speech disorder documented in about twenty specific studies. A person’s speech acquires a sound that seems strange to native listeners. This is a consequence of brain injury, mainly subcortical. This disorder can lead to a feeling of loss of identity because the affected patient can’t avoid speaking in a strange accent and due to its abrupt appearance.

The symptoms either continue for months or years or disappear spontaneously and progressively. In a smaller number of cases, they briefly manifest in patients with psychiatric disorders, schizophrenia, and conversion disorder. In addition, many of those affected don’t realize that their accent changed and are surprised when someone points it out.

This syndrome is clinically characterized by deficits:

The main difficulties are:

There’s no evidence of changes in functionality in a person’s daily routine. However, the frequent emotional implication of this disorder entails the manifestation of adverse psychosocial consequences in the life of the affected person. In fact, many studies describe it.

“There’s no tracing the connection of ancient nations, but by language.”

Foreign accent syndrome is a sudden disorder that alters the proper pattern of a native language. It does so in such a way that the affected person, their family members, and their therapist all perceive an accent.

Cerebrovascular accidents and craniocerebral traumas, which affect areas related to language production and expression, are among the main causes, in addition to other pathologies such as multiple sclerosis, brain tumors, and anesthesia.

Foreign accent syndrome may continue for months or years or it may disappear spontaneously or progressively. However, there are stories about people who needed speech and cognitive therapies. This is because this syndrome can have a major psychological impact on those afflicted by it as time goes by without them recovering their true voice. Sometimes, they may not even remember it.

The usual treatments in these cases are therapies and linguistic techniques that allowed those affected to recover part of or the totality of their diction prior to the onset of the syndrome. In addition, speech therapists use accent reduction techniques and teach people to move their lips or jaw in specific ways.

In 2010, scientists from the University of Malaga combined these rehabilitation exercises with donepezil, a drug commonly used to treat Alzheimer’s.

The King’s Speech and communication disorders
The King's Speech is definetely an excelent piece of art that brings us closer to a forgotten problem in films: stuttering. Read more »

Avoidance behavior leads to anxiety. This is like a snowball that gets bigger and bigger and you don't notice it…