These Nikola Tesla quotes about life and the world will give you some insight into the mind of this genius inventor. In spite of Tesla's incredible talent, he died alone in a hotel room, forgotten by the scientific community. Intrigued? Keep reading to learn more! 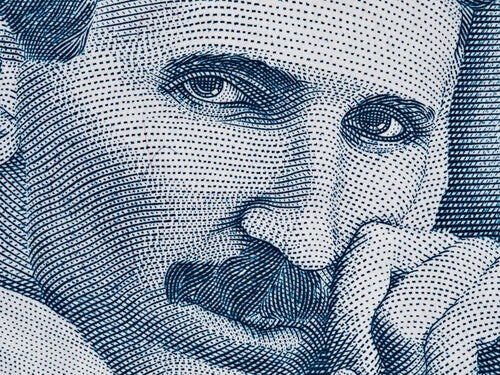 These Nikola Tesla quotes remind us of the importance of ingenuity, imagination, creativity, and perseverance. Unfortunately, Tesla and his entrepreneurial spirit didn’t get the recognition he deserved in his lifetime.

You’ve probably heard of the Tesla car. Elon Musk, the creator of Tesla, deeply admired Nikola Tesla. So much so that he named his revolutionary car company after the genius inventor.

In spite of his talent, Nikola Tesla died alone in a hotel room at the age of 86. It took several decades before his name was vindicated by the scientific community. Even so, what he had in imagination and creativity he lacked in financial savvy. Consequently, in spite of the fact that he was the author of some of the bravest and important technological advances in the world, he was never compensated.

Some of the best Nikola Tesla quotes

Nikola Tesla’s quotes reflect his ingenuity. This talented scientist discovered magnetic resonance, the radio, X-rays, and even the remote control. His contributions make life easier for us today.

Many people say that his notes are so important and contain such incredible creations that the U.S. government seized them and keeps them under lock and key. This could just be a rumor, there’s no way to know for sure. However, the fact that a rumor like this even exists speaks to Tesla’s fame.

Fortunately, Tesla also demonstrated his ingenuity when he was alive, and we have access to some of the inventor’s writing. Thanks to his opposition to the scientific community in the late 19th and early 20th century, we now have some of his reflections that are still perfectly relevant in today’s world.

“Life is and will ever remain an equation incapable of solution, but it contains certain known factors. We may definitely say that it’s a movement even if we don’t fully understand its nature. Movement implies a body which is being moved and a force which propels it against resistance.”

This Nikola Tesla quote is a good example of his scientific mind. Here, he compares life with movement, but also with mathematics. He says that there are factors we know, but we’ll never fully understand the nature of life. Nevertheless, he also indicates that you shouldn’t just sit back and do nothing. Instead, this quote seems to suggest a continued investigation into life’s mysteries.

The past and present

“All that was great in the past was ridiculed, condemned, combated, suppressed — only to emerge all the more powerfully, all the more triumphantly from the struggle.”

This is one quote from Tesla that deserves to be carved in stone for future generations to read and appreciate. It directly speaks to the lived experience of scientists such as Galileo Galilei or Nicolaus Copernicus.

Their research and discoveries were great, but their peers condemned and repressed them. Today, their findings are an integral part of how we understand the world. You could say the same about the repression and misunderstanding that Tesla experienced when he was alive. However, just like he said, his ideas have emerged triumphantly from the struggle.

“We crave for new sensations but soon become indifferent to them. The wonders of yesterday are today common occurrences.”

Perhaps this is a uniquely human trait… We love new discoveries and sensations because we’re curious by nature. However, once we get to know something, it becomes routine. We lose interest, become indifferent.

The interior and exterior

“Most persons are so absorbed in the contemplation of the outside world that they’re wholly oblivious to what’s passing on within themselves.”

This is one Nikola Tesla quote that never goes out of style. It’s always relevant. So many people spend most of their time trying to see what’s happening around them but they lack a basic understanding of themselves. Tesla is suggesting here that it’s better to get to know yourself before you judge others.

“The progressive development of man is vitally dependent on invention.”

Tesla believed that using your brain creatively was very important. He believed that the universe was full of learning opportunities. Consequently, human evolution depended in large part on our ability to invent.

Today, this quote is more relevant than ever. Creativity is a desirable skill in all walks of life. Thanks to creativity and imagination, we enjoy so many technological advances and comforts.

In conclusion, Nikola Tesla’s genius really shines through in these quotes. He truly was a revolutionary inventor and scientist. But there was more to him than just that. He was self-aware and was able to look inside himself to understand who he was and how he should relate to the people around him.

11 Aldous Huxley Quotes to Reflect on Life
These Aldous Huxley quotes are an invitation to a deeper reflection. They question not only our lifestyle but also the direction of society's values. Read more »
Link copied!
Interesting Articles
Culture
Sleep Paralysis: When Nightmares Are Alive