Discover five amazing quotes by Mexican poet by Octavio Paz in this article! 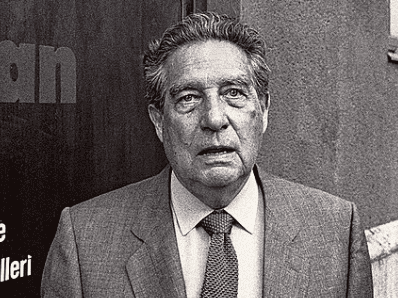 The great Mexican poet Octavio Paz had many famous quotes. This is partly because of how poetic and universal they are.

A lot of Octavio Paz’s quotes come from his poems and his amazing essays. He expressed himself so beautifully and so profoundly in his writing that even some of his letters and articles are seen as great pieces of literature.

“Sleep with your eyes open wide, dream with your hands. Dream out loud, sing out until your voice grows roots, trunks, branches, birds, stars…”

One of the greatest things about this amazing poet was his originality. It’s impossible to define him as any one thing. He loved to experiment, and he tried to do something different in every one of his poems.

1. The observer and the observed

Reality and irreality are two complicated concepts. They become even vaguer and harder to understand when it comes to the human mind. Octavio Paz alluded to this in one of his quotes: “The irreality of the observed is what makes the observer real.“

This quote is a play on words involving four things: reality, irreality, the observer, and the observed. In this quote, he said that, from a human point of view, things aren’t real unless there’s someone there to look at them and give them a meaning. Thus, nothing exists if we aren’t looking at it.

Love is one of the most common themes in Octavio Paz’s work. One of his best quotes on love is: “Love is an attempt at penetrating another being, but it can only succeed if the surrender is mutual.”

This quote is full of wisdom. The idea is that true love can only happen when both people feel the same way about each other. Otherwise, it’s more like attachment, dependence, or habit. True love is mutual and is never founded on obligation or fear.

Another big theme in some of Octavio Paz’s quotes is power. This isn’t that surprising since he was born during the Mexican revolution and ended up developing some interesting thoughts about the state of his country and the world.

Death is an eternal theme and a harsh reality of life. It’s also something we have trouble fully understanding and accepting. Nowadays, it’s almost taboo to even bring it up. We don’t like to think about it, so we avoid the topic altogether.

Octavio Paz tried to knock down that taboo. In this quote, he says that “A civilization that denies death ends by denying life.” What he’s trying to say is that refusing to face the truth that everyone dies only ends up making us live more shallow lives.

5. Becoming aware of our history

History isn’t just stories in our textbooks. It’s also not an old fairy tale that has no impact on our lives. It’s so much more than that. It shapes who we are and what we have today. History is all the different threads that have weaved together to make us who we are, both as people and societies.

Octavio Paz wrote many inspiring quotes in his poems and essays. This is probably why he won the Nobel Prize in Literature in 1990. He was a genius who shone a wonderful light on our world.

7 Great Quotes from Hermann Hesse
Hermann Hesse's quotes are an invitation to reflect on life and the search for identity. They are a gift to all those who wish to know themselves better and discover who they really are. His great legacy, which is deeply spiritual and psychological legacy, is well worth reading. Read more »
Link copied!
Interesting Articles
Culture
7 Health Benefits of Knitting

Now is the ideal time to knit. Are you ready? It is an activity that you can practice comfortably on your favorite sofa or while enjoying the rays of…

The legend of the dream catcher comes from the Lakota tribe, an ethnic group that encompasses part of the Sioux and…