Discover some amazing Gianni Rodari quotes in this article! 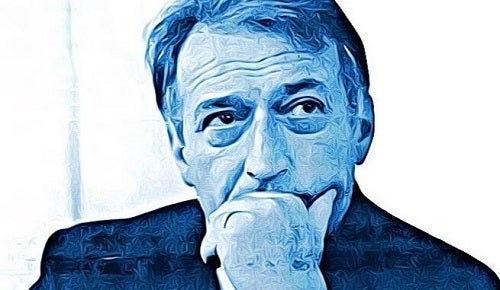 Nearly all of Gianni Rodari’s quotes are directed toward or talk about children. Gianni Rodari, an Italian pedagogue and journalist, was passionate about imagination. He believed that children were an endless fountain of fantasy and truth.

Like many of his contemporaries, he experienced the hardships of World War II. He lost one of his brothers and some of his friends during the war. He also worked notably as a journalist during those years.

“I think that fairy tales, old ones and new ones, can help to educate the mind. Fairy tales are the place of all hypotheses.”

Gianni Rodari’s quotes reflect one of his greatest virtues: originality. He cultivated children’s literature. His book The Grammar of Fantasy became a true classic. Today, he’s remembered as a man who understood the mind of a child.

Here are some of his best quotes.

Gianni Rodari advocated respect for children in many of his quotes. He also pushed for an education that protected sensitivity and awakened a passion for knowledge.

His position is summarized in his quote: “Is it worth it for a child to learn while crying when they could learn while laughing?“ In this case, he calls for an education that’s neither restrictive nor strict. Academic discipline doesn’t have to mean suffering.

In today’s world, most people buy meaningless gifts. However, this strips gift-giving of the emotion behind it. Thus, we should make our own gifts.

“Mistakes are necessary, as useful as bread, and often beautiful: just look at the Tower of Pisa.”

This is, without a doubt, a beautiful way to see mistakes. Not only does it point out that mistakes are useful, but it also shows that they can result in something unsuspected and beautiful.

What’s in our hearts

“In our hearts, we all have a knight full of courage, who is always ready to get back on the road.“

This quote is a way of pointing out that our inner child is still alive inside of us and gives us wings to fly. In fact, all of Rodari’s work is a call for us to get back in touch with that inner hero who is still alive deep in our hearts.

The true worth of fantasy

“Fantasy is not a bad wolf to be afraid of, nor a crime that must be constantly monitored, but rather an extraordinarily rich world which has been stupidly marginalized.“

Many times people are asked to be “realistic”. Even children are required to stick to the facts. It seems that imagining things is bad, when, in reality, imagination is a source of inexhaustible wealth.

All of Gianni Rodari’s quotes are beautiful and inspiring. All of his work is a tribute to childhood. He spoke about the inner child inside each one of us.

17 Quotes To Make You Reflect on Life
Today we bring you some of the quotes that humanity’s greatest minds have left behind. Read more »
Link copied!
Interesting Articles
Culture
How Exercise Makes You Smarter

Culture
3 Ways to Control Your Prejudices

Culture
Limerence: Being Crazy in Love

When doctor of psychology Dorothy Tennov wrote her book “Love and Limerence: The Experience of Being in Love,” she was…