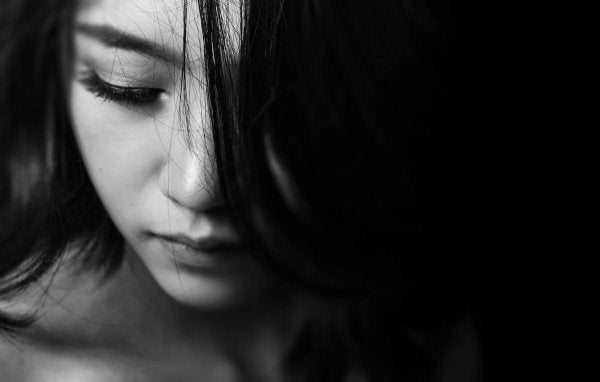 Every single person has experienced failure at some point in their lives. Feeling defeated isn’t something that can be avoided. In this sense, although feeling like a failure can be quite intense and painful, it can lead to personal development. Failure can bring a lot of suffering, there’s no doubt about it. However, when you face it with determination and courage, you’ll grow.

But what exactly is failure? It’s when you feel you didn’t reach your short or long-term objectives. Failure is oftentimes accompanied by bitterness and frustration. We’ve all had to face it before. It’s part of life, the flip side of the coin. Some say it’s even the flip side of success.

In this sense, it’s good to differentiate between feeling like a failure in the face of real failure or doing so for no apparent reason.

It’s normal for individuals to think about the reasons they failed for a while. After doing so, they’ll most likely get over their failure and prevent it from happening again. However, an excessively intense and long-lasting reaction to failure can be detrimental to an individual’s mental health.

Our Personality Influences How We Manage Failure

When it comes to reacting to failure, personality is one of the main factors. Basically, strong and mature personalities implement all their defense mechanisms to positively overcome setbacks. Weaker and insecure personalities, on the other hand, often collapse in the face of relatively insignificant issues. They need a lot more support in order to overcome them.

Nevertheless, some feelings of failure aren’t justified. They’re pretty much imaginary failures. Although things can be going relatively well, the individual may feel depressed and down, unable to solve the slightest problem that comes their way. There are times when feeling like a failure in every single thing we’ve ever done seems correct; which is something that, in most cases, couldn’t be further from the truth. In cases like these, we refer to imaginary failure. This irrational feeling of failure stems from a sense of inferiority and impediment or accompanies depressive stages.

Failure syndrome is the permanent sensation of not having accomplished anything in life. The “loser” feels that they have no possibilities at all. This syndrome affects the individual’s past, present, and even their future.

It can be the outcome of both real and imaginary motives. Individuals who suffer from this syndrome feel absolutely dissatisfied with themselves and their life. Most of them end up frustrated and abandon everything they once enjoyed doing.

This is one of the most discouraging experiences. Individuals who suffer from this syndrome get so caught up in their sadness that they have no motivation at all to overcome it.

When someone feels like a failure, it’s common for them to lose any initiative. Also, they may not have any abilities to fight setbacks. The depression they fall into can be so deep they may even wish to die. A lot of the time, alcoholism and drug addiction become the only escape routes for them.

Some people, in the face of failure, tend to feel down and defeated. Others, however, do whatever they can to remain strong and don’t hesitate to get back on track, no matter how hard times may be. Failure isn’t the end of the world. It’s actually a starting point.

It’s important to analyze failure and discover its causes. Some of its causes can be excessive goals, little invested effort, little to no preparation, excessive demands, etc. The best thing to do is own up to your mistakes in order to correct them and be better in the future. Beating failure has everything to do with coming up with strategies that can help you thrive.

Remember that it’s possible to overcome failure. Although it may seem like you won’t ever stop feeling like a failure, you have to remember that this feeling is temporary and that overcoming it is up to you. Life is all about growing, and growing means making mistakes and learning lessons.

Three Stories about Failure that Will Inspire You
Failing doesn't mean it's all lost. The key ingredient to success is perseverance. These three stories about failure will definitely inspire you. Enjoy! Read more »
Link copied!
Interesting Articles
Psychology
Freud on Developing a Strong Sense of Self

All emotions arise due to a specific reason and it's never a good idea to suppress them. It also isn't…

People are full of dreams they deeply wish to fulfill. But as people, we also have a lot of fears…