An Eye for an Eye Leaves the Whole World Blind 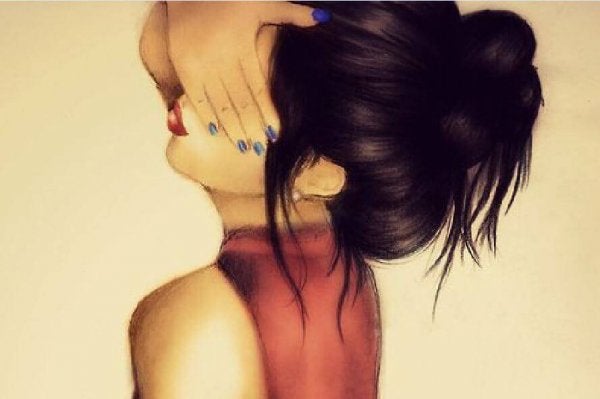 Surely we all agree that people make mistakes. It’s part of being human. We have all made mistakes, and we’ve all found ourselves in some kind of predicament that we didn’t think we’d be able to get out of. In fact, more than once we’ve followed the old rule “an eye for an eye.”

Who hasn’t harmed someone at least once? The big difference that makes us better people than who we are is the attitude we have about it.

Among the most well-known words from Gandhi, we can include the ones that make up the title for this article, and with which we’ll talk about resentment, vengeance or forgiveness, for example. These words touch a place very close to our hearts, in direct contact with the people that surround us. Therefore, they guide many of the reflections we may have on a daily basis.

It might not be your mistake, but it could be

Making a mistake, as we’ve said, is totally human.  It’s complicated to maintain and conserve our relationships. Consequently, we often fall into situations in which we’re not up to the circumstances or we fail completely. We’re especially aware of them when the people we’re referring to are family members, friends or our own partner.

Rancor and vengeance only have one direction

When other people disappoint or betray us, we feel a great emptiness that we feel obliged to repair. That’s when, before making any decision, we should ask ourselves: when is rancor or vengeance the answer? What if the situation were reversed?

“Never use something like vengeance to alleviate your pain. Those who harm you or do something wrong, they tend to destroy themselves.”

An attitude full of rancor and hate only has one direction. And it will only lead to more harm to our own being: negative feelings enhance themselves and are never the solution. If we all punished the mistakes of others, if we all followed the rule “an eye for an eye,” we would never grow as people.

Justice and forgiveness are the antidote to these negative feelings. As Gandhi proposes, we must imagine ourselves in the place of the one who has committed the wrongdoing, and we desperately need the forgiveness of the other person.

Educating through forgiveness is a fundamental thing. Forgetting and learning are based on this, on the possibility of moving on with our lives and understanding the mistakes: because only this way will others be able to overcome theirs.

So, the expression an eye for an eye leaves the whole world blind makes sense when we look into the deepest part of human existence and its ability to self-improve. The world would be very sad and would self-destruct if we didn’t have the same ability to forgive as we do to make mistakes.

It’s all about understanding, though it may hurt at times, that punishing others because we’ve been punished will only lead to pain and never to the happiness we should always seek.

An anxious mind is a chaotic and disordered mind. It shuts down your potential and takes you to a place…

The body and mind form a whole. Hence, emotional problems always leave traces in the body as physical emotions. This is…

Healthy Habits
How to Find Time to Meditate

If the hustle and bustle and the obligations of everyday life don't allow you to practice relaxation techniques, read this article. We'll tell you how you can do it through…

Wellness
When the Excitement Fades Away: How to Know When to End a Relationship

When the excitement in a relationship starts to fade away, it's like a perfume that loses its fragrance little by…

Wellness
I Like "Accidental Friends" Who Come into Your Life Unexpectedly