Experiencing violence as a child is the clearest and surest path to reduced psychological health for the rest of someone's life. 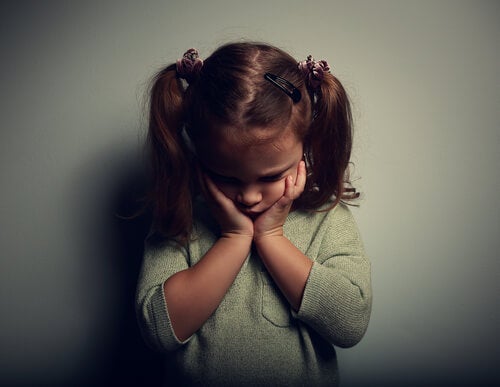 Many psychologists, neurologists, and psychiatrists have shared their opinion on whether or not experiencing violence as a child has an effect on the brain. Many psychologists assert that psychological treatment should ignore data originating from disciplines that defend organic etiologies of disorders. They argue that organic aspects of treatment aren’t part of psychologists’ domains.

Nevertheless, it’s your duty to have as much valuable information as possible at your disposal as a psychologist. For example, if various studies state that people who’ve experienced violence as children can have altered motor functions as a result of it, that information can be very helpful. It can help you understand certain behaviors in some cases.

It’s possible that the path to an independent life is different for people with certain physical or neurochemical differences. For example, you know that various studies support this notion regarding people who’ve experienced violence as children. The data from these studies backs up the idea that the experiences changed the course of their brain development.

Research on violence experienced in childhood: traces in their DNA and brain

Various studies of the last decade have revealed the effects of childhood abuse on DNA and the brain. They don’t have an opinion on whether these are irreversible scars. They see that question as being for therapists.

We’re going to go over some of the most important studies of the last decade on this topic. That’ll serve as an introduction to a recent study published in 2019 that reveals the integration of all of the information gathered up until now on this topic.

Violence experienced in childhood: studies conducted in 2009 in Canada

In March of 2009, a team from McGill University in Montreal published an article about this topic in the Science et Vie journal. Specifically, this study dealt with the genetic consequences of childhood sex abuse. Within this study, the researchers asserted that childhood sexual abuse can result in a higher risk of depression in adulthood.

But this isn’t just a psychological matter. It also becomes genetic. Specifically, it becomes an epigenetic problem. A team from McGill University discovered this after studying the brains of 24 suicide victims. 12 of them had suffered from sexual abuse in childhood.

All 12 of them had a fall in the expression of gene NR3C1. That gene is involved in the stress response. This is an anomaly that explains their vulnerability and a higher likelihood of committing suicide.

You probably already knew that the environment could influence your genes. Yet, this surprising study shows that trauma can also alter your genetic code by modifying DNA directly.

Studies conducted in Switzerland in 2012

In 2012, professor Alain Malafosse also worked on related research with his team from the Department of Psychiatry of the School of Medicine of the University of Geneva. They showed that childhood abuse can leave its mark on DNA.

The studies also revealed that the stress that childhood abuse generates induces genetic methylation (epigenetic modification). It causes this on the promoter of the glucocorticoid (NR3C1) gene. This gene acts on the hypothalamic-pituitary-adrenal axis.

This axis is involved in the stress management process. When something changes, it interrupts the management of stress in adults. It could lead to the development of psychological issues, such as borderline personality disorder.

The stress regulation mechanisms of the brain can also be altered permanently. This can happen when you suffer repeated abuse in childhood. The trauma is, then, part of the genome for all of your cells.

Research conducted in 2012 in Canada and Germany

In this study, the team also used MRI images to examine 51 adult women who were victims of different types of childhood abuse. The scientists measured the thickness of their cerebral cortex. This is also the structure responsible for the processing of all sensations.

The results showed there was a correlation between certain types of abuse and the thinning of this structure. These are precisely the regions of the brain that act in the perception of abuse.

Dr. Martin Teicher and his colleagues also obtained MRI images of 265 adults between the ages of 18 and 25. The foundation for their study were the young adults’ answers on survey instruments. Some examples are the TAI interview and the Childhood Trauma Questionnaire (CTQ). The researchers determined that 123 of them had suffered physical, emotional, or sexual abuse.

The researchers also compared the MRI images of the mistreated patients to those of 142 participants who hadn’t experienced violence as a child.

The analysis showed that abuse was linked to changes in the architecture of the cortical network. One of the areas it affected the most was the anterior cingulate cortex. This part of the brain is also in charge of emotion and impulse regulation. It also affected the right anterior insula. This structure also deals with the subjective perception of emotions. Finally, they found that abuse changed the right precuneus. This structure is involved in self-directed thinking.

The increase in activation of the anterior insula also suggests that an irrational and uncontrollable desire to consume drugs is also awakened in the person. This is accompanied by a lack of reflection on the possible consequences of this habit.

Other psychological consequences of experiencing violence as a child

Violence also affects memory, attention, and the capacity to know oneself. In other words, the medial gyrus of people who have experienced or witnessed violence as a child is affected. This can also lead to:

The regions that participate in the monitoring of internal knowledge of the emotions become a tightly interconnected nucleus of activity. This activity can have a strong influence on behavior. At the same time, the impulse-control regions also lost connections. They came to be relegated to a less central role in the network.

These changes could also lay the foundations for higher risk of drug consumption and other mental health disorders.