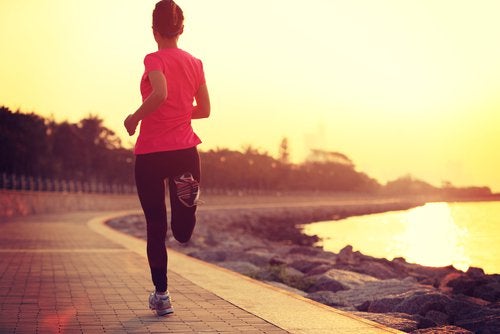 Depression is regarded as the disease of the 21st century, is the primary reason for sick leave in various parts of the Western world, and is related to the high level of stress we suffer.

Interestingly though, a new study, published in the Journal of Clinical Psychiatry reported that 69% of people taking selective serotonin reuptake inhibitors (SSRIs), the main type of antidepressants, have never suffered from major depressive disorder.

So I have a question for you: which strategy is better to overcome an emotional slump: Prozac or Adidas?

This question is the title of a chapter of the book Emotional Healing by David Servan-Schreiber where he presents data is about the most effective ways to treat depression.

Why are we over-medicating?

There are various factors behind the over-prescription of antidepressants. First of all, people are looking for quick, strong solutions. Secondly, these prescriptions are mostly written by primary care physicians in health centers, who are overwhelmed by the lack of psychologists and psychiatrists to treat these cases. There is a lack of organization and flexibility in many health systems, so in most cases we don’t see collaboration between psychologists and psychiatrists and primary care physicians.

In reality, there are many treatments available to combat depression, but in this article we focus on just two: medication and exercise.

Are they comparable? Do you think that exercise can act not only as a balm, but as a remedy for depression?

Exercise can counter some of the effects of depression, allowing those suffering from it to control their weight, increase libido, improve sleep, lower blood pressure, strengthen their immune system, prevent heart disease and even protect against some cancers.

While it is indisputable that in some cases medication is the best treatment — such as when a patient is virtually nonfunctional — we might consider changing our approach toward treating depression so that medication is only used in severe cases to help patients restart their life. Research demonstrates that although medication is helpful in the short and medium-term, in the long term it seems to have the same efficacy as other non-medical treatments.

While a person decides what treatment they should take, you should be aware that exercise can be very helpful for those with mild depression, dysthymia or other less serious mood disorders, (premenstrual syndrome, seasonal depression, sadness, anxiety, fear, stress).

Exercise as an antidepressant

One example of physical activity, running, has been shown to stop the flow of bad ideas. After thirty minutes of sustained effort, you enter a state in which your thoughts are spontaneously creative or positive. You are less aware of yourself and allow yourself to be guided by the pace of the effort. Mihaly Csikszentmihalyi, researcher of the “state of flow,” argues that what keeps a runner in this state is by taking our efforts to the limit, but no further.

There is no need to be young to take advantage of exercising; depressed people between 50 and 67 who walk for thirty minutes a day find that it has a therapeutic effect on them.

Exercise has an impact on the brain similar to that of drugs like opium, morphine and heroin. It has the same effect of producing immediate feelings of well-being, but without the unpleasant side effects of such substances. When the emotional brain is stimulated, immune system activity is also stimulated.

In order for exercise to have these therapeutic effects it is necessary that it becomes regular practice. While you don’t necessarily need to exercise for hours on end, it’s important that the activity you choose involve sustained effort. Start slowly and let the body guide us, always to pushing to the limit, but never beyond. It’s important to choose an exercise that you enjoy, and exercising in a group or with a partner can be even more effective.

So if you are going through a moment of sadness or mild depression, try not to go straight to medication, look for therapeutic help and…put on the Adidas!

There are countless controversies -- some quite heated -- surrounding Sigmund Freud and Carl Gustav Jung. You can find experts…

Psychology
Look Inside Yourself for What Makes You Happy

When you're lost, when you feel like you're missing something and you're not sure what. When what normally makes you happy…

One of the most beautiful quotes about love was originally said by the great Pablo Neruda: "With one kiss, you'll know…

We see parents who are preoccupied, others who are stressed, and others who greatly overlook their children's education and delegate…

Psychology
My Daughter Has Alzheimer's Disease

"Mom, I have Alzheimer's, and I want to say goodbye to you because soon I won't be able to." That's…