Evildoers Always Think the Worst of Others 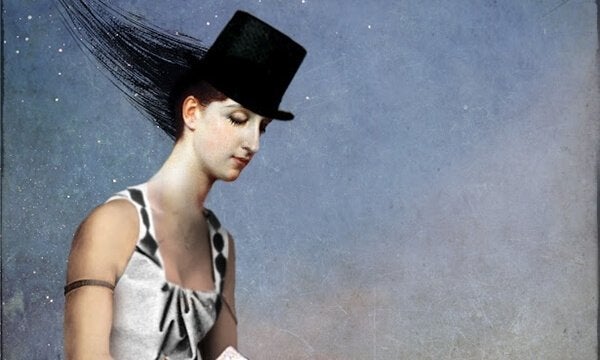 Nobody is more loyal and faithful than a jealous person. One can be unfaithful in desire alone, without actually going through with it with deeds. But the truth is, in their mind, the idea of infidelity simply does not fit.

That’s why they question their significant other even when there’s no reason or motive to do so. Because of actions and thinking patterns like this, people say that “evildoers always think the worst of others.”

It goes beyond jealousy, too. Evildoers judge everyone else, but actually they’re projecting something about themselves or their self-image, at least. In other words, they see others as if they were looking into a mirror. They notice things in other people that are actually in themselves. They attribute their strengths or weaknesses to others.

“The way we treat ourselves is also the way in which we treat everyone else.”
-Miguel Ruiz-

When we say that evildoers always think the worst of others, we’re really talking about a subconscious defense mechanism. The mechanism is called “projection”. It consists of seeing in others precisely what we don’t want to admit about ourselves.

Defense mechanisms are mostly subconscious strategies. Their purpose is to protect the conscience from thoughts or emotions deemed unpleasant or unbearable. It’s as if people had a button that is automatically pushed. The button covers over anything we don’t want to see. Thus, we stop looking at it altogether, even though it’s still there.

Projection is one defense mechanism. Projection protects us from that feeling of unease produced by having to accept and take responsibility for things about ourselves that we consciously reject. Involuntarily, we throw these things out. Then, we assign them to other people. That’s how evildoers think the worst of others.

How do “evildoers” judge?

One way or another, we are all constantly projecting something. We see the world in our own way. We all read reality our own particular way, no matter how objective we try to be. Unfortunately, we see some aspects but are blind to others. We emphasize some details over others. When we talk about the world, we’re talking about ourselves, to a great extent.

This mechanism of projection operates in different ways. Here are some examples:

In addition, we don’t just see projection in isolated examples. Oftentimes, we also construct actual theories that only take into account certain perspectives. That’s what happened when egocentric humanity couldn’t accept that the Earth orbited around the Sun, not the other way around.

Becoming aware of your projections

If you manage to become aware of your projections, you will know yourself better than most. If you want that, the most effective thing to do is to get some distance and try to observe yourself candidly. The idea is to capture what you are truly feeling.

When you spontaneously judge someone, try to pause for a moment. Examine what the content of that judgment is and what you feel about it. Evaluate the reasons you have for judging them that way. Try to decipher what negative feelings are joined to your reasoning.

It’s very possible this little exercise will show you how you project. You’ll start to understand the saying, “evildoers always think the worst of others”. You’ll find within yourself the traits you find so insufferable in others.

Why Do We Pass Judgment?
The people who pass the most judgment have the lowest self-esteem. When someone doesn't accept themselves unconditionally, they also can't accept others. Read more »
Link copied!
Interesting Articles
Clinical Psychology
Trypanophobia or the Irrational Fear of Needles

Psychology
5 Signs Your Child Has Autism

Psychology
Do you Know Fear's Disguises?

It's not always easy to tell when we're afraid. It may feel like the shudder that runs through our body at times is a sign of weakness. But nothing could…

Psychology
The Relationship Between Play and Child Development

Playing is something kids do naturally. The ability to play, at first glance, may seem to serve no purpose beyond that…