When We Have Everything and Lack Nothing 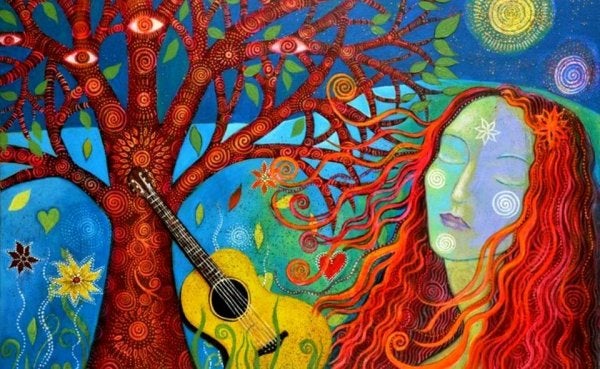 There are marvelous instances in which we have everything, where every aspect is held in an almost perfect balance. However, not long after, that magic vanishes or just simply ends. That’s when we realize that, in the end, what’s important in life is to be okay with ourselves, to remain calm, and be at peace.

Zygmunt Bauman, Polish sociologist and philosopher, tells us that we currently live in a society of consumerism. One that invites us to desire that which others tell us we lack. Society tells us to throw out what we already have and briefly use what is offered to us. They are turning us in some way into unsatisfied creatures. Into people who value speed and not tranquility. People who long for the things they don’t posses instead of appreciating what they already have.

“Sometimes, we can spend years without even living. Then, suddenly, our entire lives concentrate into one instant.”
-Oscar Wilde-

This culture of detachment makes it so that oftentimes we get restless when we perceive that happiness never arrives. And if it does, it passes quicker than the blink of an eye. It’s like a drop of dew that disappears with the morning sun. That’s when we blame political figures, our bosses, our families and even that person that maybe promised us eternal love. But we didn’t know that their concept of eternity didn’t extend further than a couple of months.

We become orphans of self-esteem. Emotional vagabonds who will take a long time to understand that having it all means to accept the things around us. To accept ourselves, our family, the friendships we have made and our ability to create, not to be molded.

Instances in which we allow ourselves to flow

Many of the languages that make up our world have the particularity of enclosing into a single word ideas that in other languages require many more terms to define. In Japan, for example, they have a curious expression called “Yūgen” (幽玄). This translates into that deep, mysterious and intense emotion that you feel when you observe the universe.

It is above all, the ability to look at the world from within your heart or the feeling of acquiring a deeper wisdom about our surroundings. Something like that can only be achieved with a relaxed, focused and tranquil mind which has learned how to prioritize. It knows how to turn instances into eternities loaded with meaning. This is what Reinhold Messner thought as well, the man who is to this day the best mountaineer in the world.

He was the first person to reach the highest peaks in the world without oxygen. Most of the time he was alone on the mountain. A lover of nature and extreme experiences, he was often criticized for his character. He is someone who learned early on that authentic happiness lies in moments. That the most intense, fulfilling and authentic well-being is not found by gathering things. It is found by doing what one loves and observing the wonders that surround us.

This particular mood where you feel like you have everything you could want and in which happiness envelopes you like an invisible but comforting veil: that’s what Mihaly Csikszentmihalyi defined in 1990 as a state of flowing or flow. Being immersed in an activity, the very positive feedback you receive when you reach a feeling of well-being and self-efficiency, that’s what defines this basic joy of being that we should all aspire to.

The modern human being is always lacking something. Buying the latest model of your phone means that in a short period of time, one with even more features is going to come out. You find a job that makes you happy, but that happiness vanishes when the job becomes routine. It disappears when it doesn’t make us feel fulfilled anymore. We begin relationships passionately. But, slowly, that void appears when once more we feel that something is missing, that said love is incomplete.

“When you understand that it’s not about fighting, but rather about accepting and flowing, then you’ll have understood the meaning of life.”

We could say, almost ironically, that those “voids”, those undefinable eternal and sometimes even distressing necessities will always invite us to seek for more. Because dissatisfaction incites you to search, and searching begets new discoveries. However, before we become eternal the Ulysses, bound on a journey with no return, it’s worthwhile to stop and simply appreciate what we have.

How to reach your sweet spot

Those instances in which we finally realize that we have everything. They appear when you discover your passion and dedicate yourself to it. Reinhold Messner found it in the mountains. We can find it in another hobby, in our job, in our family, in sports, arts, etc… Because happiness is above all a purpose and an activity. It implies making decisions and balancing the present moment with a mind that feels focused, centered, satisfied, and competent.

Mihaly Csikszentmihalyi calls it “the sweet spot”. It’s a state you reach when you rid yourself of all pressures and anxieties. A state in which you turn off your mental noise and let down your resistance and limiting attitudes… It is an adventure into your own personal growth, into which it’s worthwhile to invest every day, every instant.

Link copied!
Interesting Articles
Psychology
Violence Is Learned... But It Can Also Be Unlearned

Ever since human sciences started to study violent phenomenon in the mid-twentieth century, one question has surrounded all research on…

Psychology
The Reflection of Our Own Lies

Decisions made by the mind or heart, whether they are lies or the truth. It is an eternal duality that…

Psychology
Do Not Try to Change Me

Love me as I am, free, sometimes messy, sassy, at times chaotic, imperfect, and always brilliant. Don't ask me to be well-behaved, nor submissive, nor quiet. Do not try to change…

Psychology
What Are Thinking Mistakes and How Can We Fight Them?

Thoughts are the mental products that emerge from the ability we have as human beings to "work" with our mind.…