Epictetus and the Wisdom of Emotions 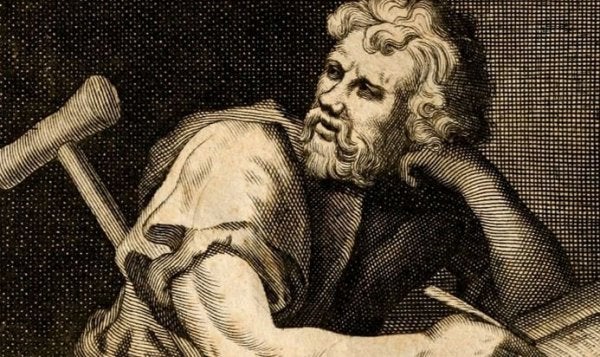 Epictetus of Phrygia, a stoic philosopher of the 1st century, planted the roots of modern psychology with this simple but true phrase: “It’s not the things that happen to us that make us suffer. It’s what we tell ourselves about those things.”

Epictetus was born in 55 A.D in Hierapolis, Phrygia, and arrived in Rome as a slave to Epaphroditus. His master educated Epictetus until his exile to Nicopolis in 93 A.D. There Epictetus founded a prestigious school to which he dedicated his life completely.

Despite having been a slave and having received harsh beatings throughout most of his life, Epictetus was a happy person. His philosophy was based on distinguishing clearly between those things that are within your control and those that aren’t. This way, a person can focus on changing those things that can be changed, and accept those that can’t, thereby avoiding agony and unhappiness.

Epictetus accepted that his circumstances were not controllable and could not be changed in any way, but his mind could. In this regard, he had all the power. Therefore, he decided that things would affect him only if he let them have an influence on him. Feeling a positive or negative emotion wasn’t going to depend on external events, but rather on himself and his thoughts about these events.

We control our emotions

When most people are trapped in a negative emotional state — such as depression, anxiety, anger or guilt — they tend to believe that it’s caused by the circumstances or situations occurring in their lives. But the truth is most of the time that’s not the case.

What really determines our emotional state is our way of interpreting the world, our attitude, our own beliefs and thoughts. The proof lies in the fact that the same situation can bring out a different emotion in each person.

Logically, if the situation was responsible for our emotions, everyone would react the same way. And this is definitely not true. So, there must be some other filter that determines emotion.

Let’s give an example. Imagine that you’re riding the bus, standing in the aisle, holding on to the pole for support. Suddenly, someone hits you from behind. You become irate, because some rude person wasn’t careful around you. So you decide to turn around and give them a piece of your mind. When, suddenly, you realize the person behind you is blind.

At this point those feelings of anger, wrath and rage turn into feelings of compassion and mercy toward the poor blind man who had no intention of pushing you.

The stimulus that supposedly provoked your anger is still the push you received, but now you know that the man is blind. You no longer think he is rude or ill-mannered. Instead you think he is an unfortunate man that didn’t mean to or want to do that. So we can conclude that what angered you wasn’t the push. It was your own inner dialogue and everything you were saying about the ingrate that pushed you.

As you can see, thoughts always precede emotions. And the good news is that we can control them! We’re responsible for them! And I say good news because if that wasn’t the case, we would have to give in as slaves to the external world. Give in to being defenseless puppets that move according to the situations and ideas of others.

Don’t let others determine your emotions

Say I become depressed because others criticize me. The person ultimately responsible for that depression is me, for believing all that criticism and those opinions and making them my own. If I changed what I thought about that criticism and gave it the importance it really deserves, my emotional state would be different.

It might be unpleasant, but I wouldn’t become depressed by other people’s ideas. Because those are their ideas, not mine. I will only make them my own if I so choose. If this were not true, if my own thoughts couldn’t intervene, I’d have to be depressed all the time. Unless I could make everyone else change their opinion about me, which is nearly impossible and very hard work.

Actually, humans have the wonderful ability of being happy despite almost any circumstance and situation. If you have the means to survive, you already have everything you need to be well. But it’s crucial that you deeply internalize these ideas, that you adopt them as your philosophy of life.

If Epictetus was happy as a slave thanks to this way of facing life, we can also be happy in circumstances that are undoubtedly much better than those he was faced with. Maybe you’re whining too much. Is it possible that you’re exaggerating too much to the world, everyone else and yourself? Are you filling yourself with anxiety trying to control the uncontrollable?

Close the door on misery. Stop complaining about what’s happening out there. Solve it if you can; and if you can’t, just let it be. Change the way you look at things and things will change.

Your twenties are a time full of change, but your thirties represent the true beginning of adulthood. These are the…

Wellness
How Routine Affects a Couple

How many times have you heard that a strong marriage has ended because they "just stopped loving each other"? Can that feeling actually stop being felt, or are we just…

Wellness
Love Should Be About Happiness Not Sorrow

Love is always worth it, at any age, in any circumstance. However, not all kinds of love are good for us. Not…

Most of us have had nightmares at some point or another. They're dreams that are full of scary things. They make you feel scared and anxious. What usually happens is that you…

Understanding the complexity of life can be an especially fruitful journey towards psychological well-being. Embracing pain and negative emotions in general,…