Emotional Intelligence at Work: Why is it Important? 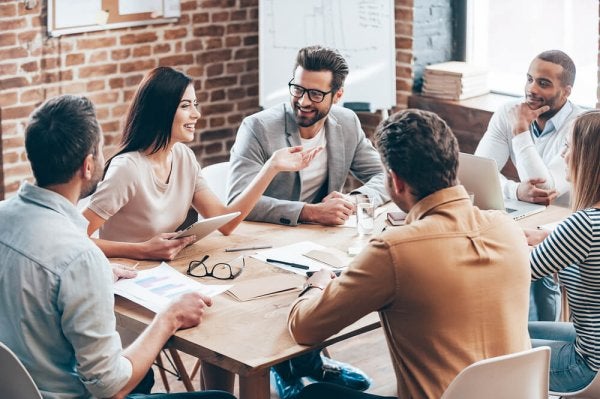 Although we can apply the abilities related to this skill in many different situations, it’s especially important to be emotionally intelligent at work. People who have chosen to apply emotional intelligence skills in this context have noticed great improvements, both in their job satisfaction and their relationship with their coworkers. Some experts even say that being emotionally intelligent is key when wanting to get more income.

What is emotional intelligence?

Goleman, the creator of this definition, said it was composed of five different abilities:

These five dimensions are essential to developing emotional intelligence at work. However, some of them will be more useful than others depending on the situation.

Emotional intelligence at work: how to use it when looking for a new job

Nowadays, getting an “interesting job” doesn’t depend only on strong abilities. Empathy, the way you communicate, and your social abilities will set your success at work. Due to the great competition that currently exists in the job market, the decision made by the human resources department could be more influenced by emotions (theirs and yours) than by your actual resume.

“The rules for work are changing. We’re being judged by a new yardstick: not just by how smart weare, or by our training and expertise, but also by how well we handle ourselves and each other. ”

Moreover, self-regulation is also a key factor when looking to get a new job. Without it, it’ll be very difficult for you to move forward after the first few setbacks. You’ll lose motivation and finding a job you like will be even harder.

Emotional intelligence in the workplace

The use of emotional intelligence at work doesn’t end once you get the job. On the contrary, in challenging environments such as the ones in modern companies, the abilities we previously discussed are vital. They’re not only important for your performance at work but also for your well-being.

Furthermore, according to a survey, 30% of workers in Spain claim to be dissatisfied with their job. Even though this number is within the average, it’s still pretty high. There are many factors that can influence this figure, but there’s no doubt that the lack of emotional intelligence is one of them.

Finally, what would happen if you were managing a work team? You could think they’re the ones who need to be emotionally intelligent, right?

Well, you’re wrong. The abilities that a boss or an executive have to motivate and understand their employees are key in order to achieve a pleasant work environment. Without them, leadership won’t be aimed at what’s best for the team, which might lead to arguments between coworkers.

“Leadership is not domination. It’s the art of persuading people to work toward a common goal.”

Everyday we face criticism. It's very common, and yet it is very difficult for us to get used to. It's always…

Missing someone is one of the most painful feelings that you can experience. It goes beyond just remembering the good times you had with…

Wellness
Attitude is the Most Powerful Force for Change

Attitude is the most powerful force we possess, yet we ignore it so often. We do everything we can to…

Wellness
Hyper-Empathy Syndrome: Too Much of a Good Thing

It's like people with hyper-empathy syndrome have long antennas that pick up on every emotion vibrating around them. But they…

Wellness
How Will I Know if I Have Overcome the Mourning Period?

Despite what we may think, it isn't always easy to know if we have overcome the mourning period. That psychological…