Emotional Detachment Disorder: What Is It?

One of the consequences of the deficit of love and affection in childhood is emotional detachment disorder. Want to know what this disorder is and how it's usually identified? 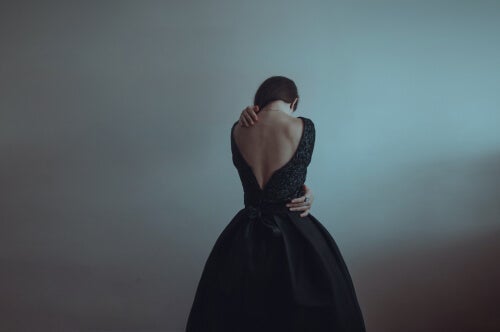 Emotional detachment disorder encompasses a set of traits in some people that arises from a lack of affection during childhood. Childhood is a stage of life where every human is deeply vulnerable. What happens during those years leaves lasting traces that can manifest themselves throughout a person’s life.

Emotional detachment disorder results from a deep conviction that you’re unloveable. There’s also a significant dissatisfaction with yourself and a deep fear of being abandoned. A person might have these traits through their life, but they manifest differently at each age.

“Do you know what makes the prison disappear? Every deep, genuine affection. Being friends, being brothers, loving, that is what opens the prison, with supreme power, by some magic force. Without these one stays dead. But whenever affection is revived, there life revives.”

Some common traits are present in people who have emotional detachment disorder. Although many people may have felt unloved, what differentiates this feeling from the syndrome itself is the stability of symptoms.

The most common signs of emotional detachment disorder are the following:

Manifestations of emotional detachment disorder according to age

As we’ve pointed out, emotional detachment disorder manifests itself differently according to age. However, essential traits are present at all ages, although how they’re expressed varies according to the degree of maturity and the environment.

What can you do?

Realistically, you can never completely resolve emotional detachment disorder. However, this doesn’t mean that it’s impossible to solve some of the issues. You can learn to live with a lack of childhood affection and you may even be able to take advantage of it. But the hardest part is getting started. Once you take the first step, things become clearer.

In these cases, it’s best to begin psychological therapy with a sufficiently experienced professional. Certain therapies or psychoanalysis usually work very well in these situations. However, people who have this disorder tend to idealize their therapist. Thus, they must learn how to respond to this over-expectation.

It isn’t easy to overcome this situation by yourself since it’s a very difficult disorder. Without external support, the person ends up avoiding actually healing their internal wounds. In any case, art, reading, meditation, and sports are factors that help a lot.

Emotional Maturity Can Come at Any Age
Emotional maturity doesn't necessarily come with age. The world is full of adults who have the emotional regulation abilities of a three-year-old. Read more »

Personality Psychology
How to Reach a Psychological Balance

To maintain the psychological balance you need, you have to analyze your responses to external conditions and learn to keep…