Although Eleanor Roosevelt was a shy, insecure child, she became one of the most remarkable and beloved First Ladies. She was also an author and a reformer. 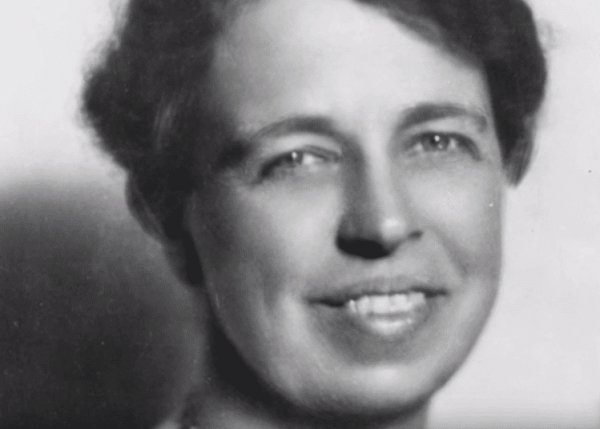 Today, we’d like to tell you about Eleanor Roosevelt, a quite remarkable woman. She was a key figure in many of the most important events of the past century. Not only as a diplomat but as a human rights advocate as well. Eleanor was definitely one of the most influential people of the 20th century.

She was the niece of President Theodore Roosevelt Jr. and later married her distant cousin Franklin Delano Roosevelt. When he became US president she, in turn, became First Lady. This position was the platform from which she carried out institutional support to social justice matters in the women’s liberation movement and universal human rights.

While the women who preceded her as First Ladies merely had a role as presidential hostesses with ceremonial duties, Eleanor Roosevelt added substance to the position. Not only for the government but for US citizens. In fact, it went a lot further after her work as US delegate in the United Nations. After being in the white house during the time her husband was president, she left an important legacy behind.

Eleanor was born in the city of New York to an affluent and politically prominent American family. Some say she didn’t have a happy childhood as she lost both her parents before the age of ten. She studied at a private boarding school in London. There she met who would be the most influential figure in her life, a teacher who instilled confidence in her and helped her become a strong and charismatic young woman.

Back in the United States, she stayed in contact with her fifth cousin, the promising Franklin Delano Roosevelt. They subsequently married in 1905. After he was named senator, they moved to Albany. They had six children but lost one at an early age.

Despite her many family duties, Eleanor was also involved in political matters. She was a member of various organizations. Among them: the League of Women Voters, the Women’s Trade Union League and she was head of the Women’s Division of the Democratic National Committee. In addition, she managed a furniture factory and was the chair of literature and history of a middle school. During World War I, she collaborated with the Red Cross.

Her ascent as First Lady took place in 1933 when her husband was elected president of the United States for the first time. He served as president for 12 years, and Eleanor Roosevelt was the First Lady throughout. A rather strong-willed one at a time when women had little relevance in public life, let alone public office. She held over 300 lectures for women journalists and participated in all sorts of political events. The ones that were in favor of women’s rights, of African-American women in particular.

Eleanor fought for the rights of the most disadvantaged people. She promoted them via the newspapers she wrote for. She wrote over 3000 articles that were published in newspapers and magazines. Including a monthly column in Woman’s Home Companion, where she encouraged people to share their stories. In addition, she published four books.

During World War II, she was in charge of civil defense matters. Furthermore, she publicly objected to her husband’s decision to detain thousands of Japanese immigrants.

Her husband died while he served a fourth term as president. Still, her activism didn’t end there. Instead of retiring from public life, Eleanor joined President Truman as a delegate to the United Nations. She, in fact, helped write the United Nations’ Magnum Opus: the 1948 Declaration of Human Rights. Her influence is present in the constitutions of many of the world’s nations where she helped protect the rights of all men and women throughout the world.

President Truman once referred to her as “The First Lady of the World” as a tribute to her human rights achievements. Furthermore, John F. Kennedy considered her the archetype of the American woman. She left behind a legacy that remains an inspiration for every First Lady after her. It was Eleanor who opened the field of politics to women. She died at the age of 78 on April 23, 1962, in New York City.

Eleanor continues to be an inspiration to many women around the world. Anyone who currently fights the rights of women and minorities recognizes her considerable impact on the cause.

The Dignity of All Human Beings

When she died, many statements of praise were printed from her admirers. One of them, Adlai Stevenson, a United States representative to the United Nations, said of her: “I have lost more than a beloved friend. I have lost an inspiration. She would rather light a candle than curse the darkness, and her glow has warmed the world”.

That quote definitely defines her character and strength. As it turns out, Eleanor Roosevelt lit a flame in all who knew her.

Marie Curie: Biography of a Woman Trailblazer
As you become familiar with the life of Marie Curie, you realize that she was a trailblazer in every way. She was also the first woman to win a Nobel Prize. Read more »
Link copied!
Interesting Articles
Culture
Hulk Syndrome: Bruce Banner's Nightmare

Culture
No One is Indispensable

This is the story of Andrew, an extraordinarily talented accountant. Andrew was a brilliant and ambitious young man who wanted to be successful and indispensable in his job. He finished…

Raising children isn't easy since they aren't born with instruction manuals. Many parents can feel quite overwhelmed when it comes to…

Culture
The Mind Is What Makes People Free or Slaves

One of the greatest leaders of our time was imprisoned for more than 25 years. However, he was able to…

Resting properly is really important for our physical and mental health. Getting six to nine hours of deep sleep a day has a fundamental impact on all aspects of our lives.…