Writings and reflections from this Japanese philosopher who lived nearly a thousand years ago are amazingly still relevant today. Enjoy some inspiring and instructional quotes from Yoritomo Tashi. 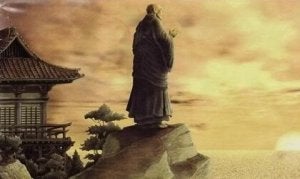 Yoritomo Tashi quotes are still relevant today thanks to his universal and timeless wisdom. When you read them, it’s hard to believe that they were written nearly a thousand years ago.

This Japanese philosopher was a rare combination of a deep thinker and efficient statesman. In fact, experts consider him one of the greatest bureaucrats of all time. He brought a perfect balance of ethics and common sense to his work.

Most Yoritomo Tashi quotes are about values and the secrets to a good life, not politics. His style was direct, clear, and precise. He lived in the 11th century, but his work has been published again and again throughout the centuries. Here are some of his best-known quotes.

“The factor of control is cool-headedness, which permits of seeing things in their true light, and forbids us to gild them or to darken them, according to our state of mind at the time.”

Common sense is one of the terms that Yoritomo Tashi uses the most. One of his quotes is a masterful summary of what he thought about it:

“Common sense is the art of resolving questions, not the art of posing them.”

Another common theme in Yoritomo Tashi’s work was human passions. This quote illustrates how self-control is a much more important achievement than defeating others. He wrote:

“It is more difficult to win a victory over one’s passions than to defeat ordinary enemies.”

Philosophers throughout human history have reflected 0n the subject of doubt. Yoritomo Tashi’s take on it is this:

“Doubt is a conflict between two conclusions. So long as it exists it is impossible to adopt either. Serenity is unknown to those whom doubt attacks.”

He is basically saying that doubt is a source of discomfort because part of its meaning is tragic. So, people who doubt will have to figure out some strategies to calm their anxiety.

Yoritomo Tashi has another well-known quote about doubt. It says:

“Irresolute persons hesitate before sitting down in vacant places and are consumed with regrets from the time they perceive that others, better prepared, take possession of them…”

Here he shows the dark side of the kind of doubt that leads to indecision. Indecision leads to inaction or paralysis.

If that happens, you often end up letting go of or losing the thing that you wanted the most. Then comes the regret of a missed opportunity. These quotes call on the reader to overcome doubt and avoid missing out.

This is another of Yoritomo Tashi’s many eloquent and wise quotes. This time, it’s about how appearances can be deceiving. This particular quote warns the reader about making assumptions and reaching conclusions without all the information. It says:

“There are people who will condemn a country as utterly unattractive, because they happened to have visited it under unfavorable circumstances. Others, without considering what a country has previously produced, and that at present the grain has not been planted, will declare unfertile the soil which has been untilled for some months.”

Human beings tend to make generalizations. It’s easy to forget that you almost always only see a part of a bigger reality. That makes it very difficult to draw any definitive conclusions. People draw conclusions anyway, however, and end up defining the whole based on the sum of its parts.

Fear according to Yoritomo Tashi

“Fear is always the confession of a weakness which disavows struggle and wishes to ignore the name of the adversary.”

The most interesting thing about this quote is how the author presents fear as a phenomenon exclusively related to the inner self.

In other words, he’s not talking about external dangers. Instead, he highlights the individual’s attitude towards a potentially threatening situation. He also lays out the process that follows: awareness of weakness, abandonment of the fight, and trying to elude the adversary. His reflections are spot on, and amazingly still relevant in this day and age.

Yoritomo Tashi has an important lesson to teach his readers about stubbornness. He says:

“Obstinate people persist in coveting inaccessible places and spend strength without results, which they might have employed more judiciously.”

This quote is an apt description of the cycle of stubbornness. It’s foolish to want what you can’t have. This is the first sign of obstinacy: wanting something that you can’t achieve.

Then, you expend a lot of energy trying to do the impossible, without any results. This cycle is very similar to the cycle of neurosis. In fact, some people argue that it’s part of neurosis.

As you can see, these quotes from Yoritomo Tashi contain a lot of wisdom. So much so that his writing and philosophy have been translated into practically every language.

He is one of those philosophers that always has something to offer, no matter who you are or where you are. His wisdom and mental prowess transcend the ages.

Five Motivational Quotes for Family Growth
These motivational quotes for family growth might be for you. Thus, by the time you get home, much of the stress and anguish will be gone. Read more »
Link copied!
Interesting Articles
Philosophy and Psychology
The Myth of Dionysus, God of Wine and Pleasure