The Effects of Mindfulness on Depression 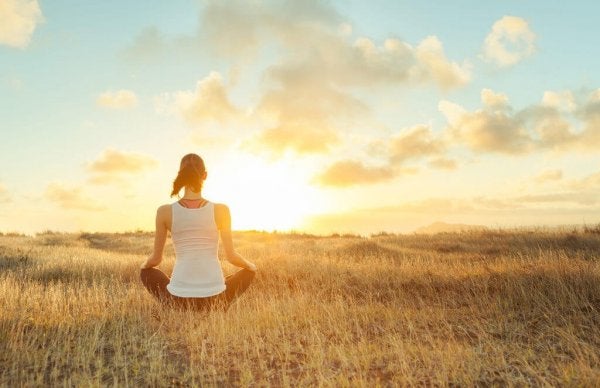 There are many positive effects of mindfulness on depression. This fact was backed up by the World Health Organization (WHO). They found that depression is a common mental disorder that affects at least 300 million people in the world. Similarly, they claim that it’s the leading cause of disability worldwide.

The WHO also stated that depression can lead to suicide in the most serious cases. Each year, more than 800 thousand people commit suicide, making it the second leading cause of death in 15 to 29-year-olds.

Although there are many ways to treat depression, not all of them are effective for each patient. Finding the treatment that best adapts to the patient’s needs is the best way to cure depression.

“Especially when long-lasting and with moderate or severe intensity, depression may become a serious health condition. It can cause the affected person to suffer greatly and function poorly at work, at school, and in the family.”

Harvard’s research on the effects of mindfulness on depression

A Harvard University study analyzed how the brains of depressed patients changed due to mindfulness. Benjamin Shapero, a psychiatry instructor at Harvard Medical School, assures that many people don’t respond properly to the first presented intervention. This means that looking for alternatives that complement treatment can be incredibly enriching for the patients.

Shapero claims that although cognitive behavioral therapy and antidepressants are useful, they work even better and faster when other resources such as mindfulness are also used. However, each patient will respond better to treatment if it’s correctly adapted to their needs.

Gaëlle Desbordes, a neuroscientist at the Martinos Center for Biomedical Imaging of Massachusetts General Hospital, works alongside Dr. Shapero in this project. Desbordes’ interest in this study was entirely personal since she started meditating during her time as a college student.

Harvard University stated that the researchers used functional magnetic resonance imaging (fMRI) to observe brain activity. In 2012, it was demonstrated that the observed changes during mindfulness intervention kept taking place even when patients weren’t meditating.

However, there’s currently an ongoing study in patients with diagnosed depression. In this study, scientists are analyzing the effects of meditation on the brain and how effective it really is. The researchers scan images before and after an eight-week course of mindfulness-based cognitive therapy.

“If we want it to become a therapy or something offered in the community, we need to demonstrate its benefits scientifically.”

Desbordes wants to prove the hypothesis that mindfulness guarantees a quicker recovery and less negative thoughts. The training consists of focusing the attention on the here and now, thus preventing the rumination cycle.

In addition, other researchers have studied the effects of meditation and the different variations of such practices.

As you can see, one of the effects of mindfulness on depression is that it helps patients face extreme situations. Also, it helps improve their quality of life. It can even help mild depression patients recover without having to take antidepressants. However, you should visit your doctor so that they can find the right treatment that best adapts to your needs.

Improve Your Self-Esteem With Mindfulness
Improving our self-esteem isn't an easy task. In this article, we'll outline how you can improve your self-esteem through mindfulness. Read more »
Link copied!
Interesting Articles
Social Psychology
The Importance of Volunteers in Crisis Situations

Psychology
Seeing with the Heart

—Go and look at the roses; You understand now that yours is unique in the world. You'll come back to say goodbye to me and I'll tell you a secret. The…

Perceiving is not just hearing, seeing and listening. Perceiving from the heart goes further than that. It is feeling, sensing, knowing…

Do you have difficulty falling asleep quickly? Do you wake up in the middle of the night and find yourself unable to fall back asleep? Hundreds of studies demonstrate the power…