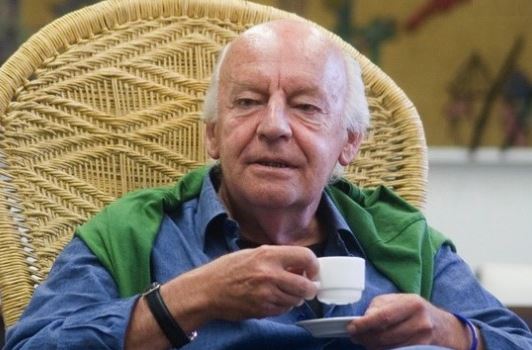 Eduardo Galeano was an exceptional man, and one who, without a doubt, did not leave anyone feeling indifferent.

The Uruguayan writer, author of international titles such as Memory of Fire (1986) and Open Veins of Latin America (1971), reflected on the world, love, religion, soccer and current events.

While he is no longer with us, his words live on and reflect the great thinker he was. Here are 21 of his most memorable quotes.

1– The world is divided mainly between the unworthy and the outraged, and everyone knows which side they want to or can be on.

2– If I fell, it was because I was walking. And walking is worth it, even if you fall.

3– REMEMBER: From the Latin re-cordis, to pass through the heart again.

4– In order to not be mute, you must begin by not being deaf.

5– Only fools believe that silence is a void. It is never empty. And sometimes the best way to communicate is by being silent.

6– Now America is, for the world, nothing more than the United States: we live in, at most, a sub-America, a second-class America, of unclear identification. It is Latin America, the region of open veins.

7– If nature were a bank, they would have saved it already.

8– To me, the only worthy certainties of faith are those that consume doubts each morning.

10– Charity is humiliating because it is exercised vertically and from the top. Solidarity is horizontal and involves mutual respect.

11– The moral code of the millennium does not condemn injustice, but failure.

12– Violence begets violence, as you know; but it also generates profits for the industry of violence, which sells it as a spectacle and turns it into object of consumption.

13– I think we were born children each day because every day has a history and we are the stories we live.

16– The poor against the poor, as usual: poverty is a blanket too short, and each one pulls for their own side.

17– The walls are the publishers of the poor.

18– Poor children suffer most from the contradiction between a culture that demands consumption and a reality that forbids it.

Rest in peace and thank you for your example which has so greatly inspired us.

Link copied!
Interesting Articles
Sayings
The 7 Lessons of Bushido, the Way of the Warrior

I like real people, without artifice. People who do not deceive themselves or others...I also want to be that way.…

Wellness
The Role of Social Services in the Fight Against Poverty

The 2008 worldwide economic crisis further increased the gap between the rich and poor. The impact of the crisis marginalized…

Letting your mind take a break has innumerable benefits, both for our physical and our mental health. It allows us…