You Don't Lose Your Kids to the Street, You Lose Them at Home 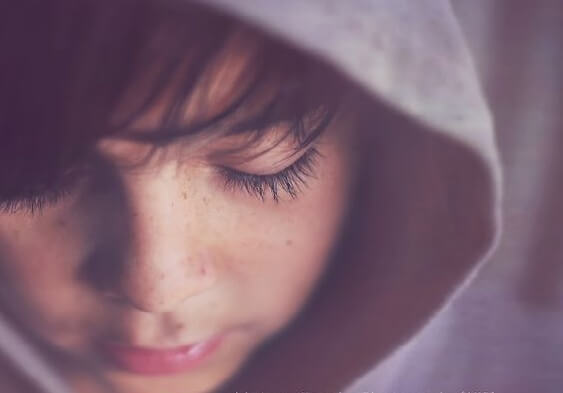 You don’t lose your kids “to the street”. In fact, that loss starts in your very home. Homes where the father is absent, where the mother is worried, with a heap of unattended needs and mismanaged frustrations. Teenagers uproot themselves after a childhood of detachments. After a love that didn’t know how to educate, guide or help them.

We’ll start off by making one thing clear, there will always be exceptions. There are obviously children with maladaptive behaviors who have grown up in harmonious homes. Just as there are responsible teens who have put some distance between themselves and their dysfunctional family.

“Sow good ideas into your children. Though they may not understand them today, the future will take care of making them flourish.”
-María Montessori-

The truth is, funny as it may seem, mothers and fathers don’t always accept this type of responsibility. In fact, when a child shows signs of aggressive behavior at school, the teachers reach out to the parents. What usually happens is that the family places blame on the system, school, and community for “not knowing how to educate”. The parents blame them for not intuiting their needs and applying the adequate strategies.

It’s true that when it comes to a child’s education, we are all active agents (schools, media, social conventions…). Yet, it’s the family which instills within that young brain the concept of respect. As well as the root of self-esteem or the spark of empathy.

Children, the most important legacy of our future

H.G. Wells once said that the education of the future would go hand in hand with catastrophe. In his famous work “The Time Machine”, he visualized that in the year 802,701, humanity would divide into two types of society. One of them, which would live on the surface, were the Eloi, a population without writing, empathy, intelligence or physical strength.

According to Wells, the educational style which predominated in his time already produced results that pointed in this catastrophic direction. The start of standardized testing, competitiveness, financial crisis, parents having less time to educate their children and the lack of encouraging childhood curiosity or the inherent desire to learn made the celebrated author negative about the prospects for future generations.

It’s not about feeding pessimism, per se, but rather about putting on the table a state of alarm and a sense of responsibility. For example, something many therapists, school counselors and pedagogues complain about is the lack of family support that is usually found when it comes time to hold an intervention for that problematic adolescent, or that child that is showing emotional and learning issues.

When there is no real collaboration or even when a parent or a parent disallows or boycotts the professional, teacher or psychologist, what they will accomplish is to make sure that child remains lost. Even more, that adolescent will try even harder to continue defying. He will look for what he does not find at home in the street. Or what the educational system itself has not been able to give him.

There are difficult and demanding children who act like real tyrants. There are teenagers who are incapable of accepting responsibility, and who love to push the limits that others impose on them, inching ever closer to a life of crime. We all know of more than one case. However, we must be aware of something: None of this is new. None of this is caused by the Internet, nor video games nor a permissive educational system.

“Before teaching a child to read, teach him what love and truth are”
-Gandhi-

After all, these children show the same needs and behaviors that are always contextualized in new times. Therefore, the first thing we must do is not pathologize the stages of childhood or adolescence. The second is to accept the share of responsibility that each one of us has, either as educators, health professionals, or social agents. The third and not least important, is to understand that children are without a doubt the future of the Earth, but first of all, they are the children of their parents.

Let us now reflect on some important points.

The ingredients to a real education

When a teacher calls a parent in order to warn them about the bad behaviors of their children, the first thing the family feels is that the love they feel for their children is being questioned. That’s not true. What’s happening is that sometimes, that affection, that sincere love is projected the wrong way.

Loving your children does not equate to satisfying all of their whims. It does not imply opening all of the barriers of the world to them, nor avoiding exposing them to anything negative. Authentic love is the one which guides. The one which starts instilling very early on a real sense of responsibility in the child. It is a love which knows how to manage their frustrations by saying “NO” in due time.

Quality education knows about emotions and understands about patience. A demanding child doesn’t stop their behavior with a scream or with two hours of solitude in their room. What it demands and appreciates is being attended to with words, with new stimuli, with examples and with answers to each one of their avid questions.

We have to also be aware that in this day and age many moms and dads are obligated to comply with long work hours. Schedules which are little or not at all conciliatory with a family lifestyle. Thus, what matters is not the real time you spend with your kids. What matters is the quality of that time spent.

Insomnia is the inability and struggle to sleep. Tossing and turning in bed like a convicted prisoner, unable to sleep, is one of the most unpleasant experiences we could have.…

Psychology
Do You Suffer from Compassion Fatigue?

Compassion is a quality that is beneficial to our personal relationships. In addition to putting ourselves in another person's shoes, it lets…

It isn't easy to be responsible for the care of another person. Taking care of someone is a difficult task…

Psychology
Is a Lack of Self-Esteem the Root of All Disorders?

Self-esteem is the part of our self-concept which is makes our emotional skin more or less resistant. Lack of self-esteem keeps…