Don't Ask for Something You Can't Give 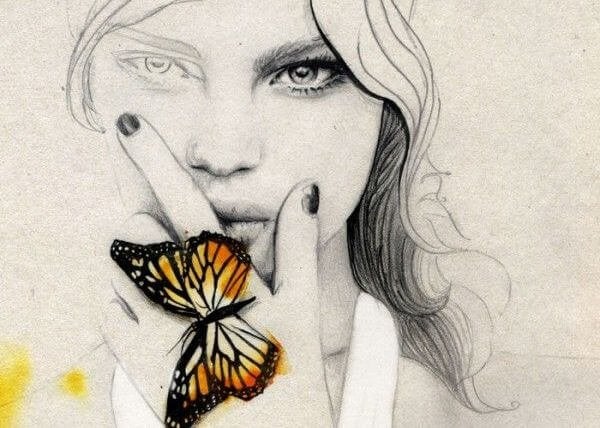 It’s common for this to happen in couples, but it also tends to happen between parents and children, between friends and in almost every kind of human relationship. We’re talking about the type of situation in which one of the members requests, claims or demands with great forcefulness, but when it comes time to give, they become much more conservative and stingy.

This type of person feels that they deserve everything, in exchange for nothing. They are also characterized for “seeing the speck of sawdust in their brother’s eye, and not the log in their own.” Also, they are extremely manipulative and many times they make others truly believe that they have to please them in exchange for nothing. They even make others feel guilty when they don’t follow this pattern.

“‘Gimme, gimme never gets. Don’t you know your manners yet?”
-Popular saying-

The bonds that this type of person establishes are clearly of the exploiting kind. However, they fix it so that they don’t appear this way and that’s how they manage to ask for a lot, and give very little, even with the consent of the affected. If you don’t want to fall into this type of behavior, it’s worth knowing the five type of situations that you should avoid.

It’s one of the most common cases: the people who want to talk all the time and have others listen to them. But when it comes time to listen to others, they yawn, get distracted or, suddenly, they don’t have the time and leave.

This happens often to parents who want their kids to pay attention to their sermons, but who don’t dedicate time to listen to what they think. It happens in couples, when one of the two members becomes the support of the other, as if they adopted the other. It happens within friends, between teachers and students, between coworkers.

Every time you feel that others aren’t listening enough, you should ask yourself if you truly know how to listen.

Don’t ask to be understood if you can’t understand

This situation is also very common. It happens to people who are eternally misunderstood. They feel completely different from everyone else and constantly complain of the indifference of others. To them, being understood is a right they were born with, but that others deny them.

That’s why their complaints are oriented towards blaming others, as if others had an obligation that they aren’t fulfilling. They haven’t discovered that comprehension is a flower that you need to cultivate. First within yourself, and then within others.

Respect isn’t demanded, it’s earned. Understanding this means fulling believing in the principle of equity. In other words, there’s no other way to earn the respect of others, but by respecting them and yourself.

Sometimes people confuse respect with fear or reverence. Authority figures tend to “make people respect them” through imposition or fear. What they get is precisely what they seek: fear and submission, but not respect.

Don’t ask for peace if you sow violence

This is one of the most paradoxical cases. You can see it in people who yell at others “Don’t yell at me”. Or people who become exasperated and shout: “When you get desperate, you drive me crazy!”

It’s very common for aggressive people to constantly ask for tranquility. Usually, they blame others for their violent reactions. Apparently, they don’t govern their own emotions; if it wasn’t for the other people, they would be very peaceful. And other people’s mistakes are what make them lose control.

They forget that peace isn’t found anywhere but within ourselves. It’s built within each and every one of us. They ignore the fact the we should each work to achieve self-control and autonomy. If they sow peace, that’s surely what they’ll harvest.

Some people have an overly positive opinion of themselves. They consider themselves a role model for others. It almost always involves psychologically rigid people that adhere to the rules as the means to evaluate everyone.

Since they apparently meet the established rules to the letter, they attribute themselves the right to judge and condemn others. They don’t understand that maybe what makes them be so scrupulous is fear or repression.

They don’t want to see that there are other ways to live, just as valid as your own. They feel “perfect” even though they’re not, because nobody is. But that fantasy justifies, at least in their mind, their demand for perfection in others.

A scared little girl looked through the bars on the window...she watched the world go by, not daring go past those bars. But life wanted her to learn, and though…

Wellness
How does the Brain React to the Absence of a Loved One?

The absence of a loved one is painful no matter who you are. Although love and loss is part of life,…

Wellness
Why We Come to Love an Animal so Much

Famous psychiatrist Sigmund Freud said that we come to love an animal so much due to the fact that its love is unconditional.…

Wellness
I Want A Hug Neither Fear Nor Winter Can Penetrate

I need a hug, I need your arms to surround me and not leave any space for fear or the…

Becoming enamored with someone is really a stroke of luck. It is not just the butterflies in your stomach; rather, it is as if you suddenly felt like everything were possible,…