Do You Know the Two Faces of Envy? 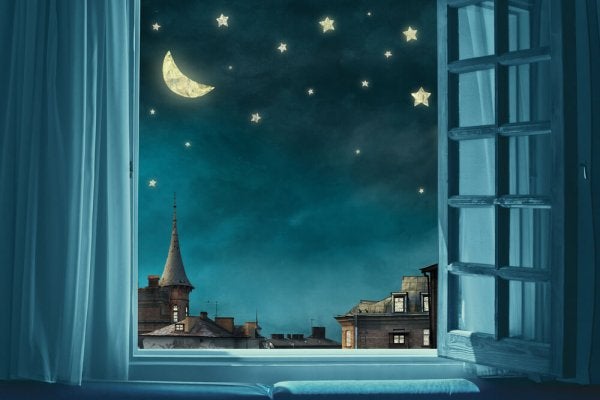 Western culture does not want to acknowledge envy, not even remotely. If women have had to bear the burden of “deceiving Adam” throughout history, then envy has had a long history with the stigma of having been the motive of why Cain killed Abel. In fact, an everyday phrase that is used is “you are worse than Cain.” An expression that is commonly applied to small children, whether it be to censure their behavior directly or to describe them to a third party.

Furthermore, it is considered one of the cardinal sins, closely related to greed. Outside of the religious context, stories of court life in the Middle Ages are full of assassinations stemming from envy of the position of power held by an individual. Without going too far back, envy is one of the feelings that is often felt at dinner parties where we see people we haven’t seen in a long time who speak about wonderful adventures.

“Envy is a declaration of inferiority.”

If Envy is so Bad, Why Hasn’t it Died Out?

There are two reasons that could justify the fact that envy has survived as one of the most powerful motivators.

The first has to do with its usefulness in setting goals and objectives. Envy acts like the fluorescent highlighter that draws attention to what we desire, including on rare occasions, what we need. So, envying someone for their job may indicate that that is our calling, because we love what we know about it from the person who does it.

Envy is not only a desire for objects, but also for abilities, attitudes and forms of conduct. Some people have the knack for fitting into all sorts of environments, there are others who can light up a place with their presence, and others have a calming effect, and still others to listen. Seeing the effect a way of being has can make us set a course to imitate it.

Envy is also closely related to jealousy. Along with fear of loss, feeling envious indicates that we need attention from the people around us. We have needed it since was were young, so envy is one of the most complicated feelings to handle when there is a new member added to the family.

Envy as a Motivation

With this we get to the second reason why envy exists. This reason has to do with motivation. You may think that it is not a noble motivation because it rarely goes beyond egotism, but at the end of the day, it is still a motivator. As we have said before, we can see how a kind person behaves and feel envious of the response they get with their attitude. Therefore, contrasting the effects from this form of behavior with reality can make us get to work to improve the lives of everyone else.

Of course, the attitude doesn’t have to be positive. We may think that we work too many hours for the amount we are paid and so we begin to notice that many of our workmates leave work early with no consequences. Thus, it would not be strange for us to choose to imitate their behavior.

So, many times, envy is not born from an element in itself, but rather the effects that element has on reality. There are people who feel envious of others who have a nice new car. In reality, many people do not envy that car, what they envy is the status the car and its owner have. They envy owning an object that tells the world that they have power and money.

In fact, there are studies that say there are many people who would not by a phone of a certain brand if they were obligated to keep it in a case that would cover the brand name. This is something complicated to understand because, just like envy, wanting to be associated with certain brands speaks of emotional beings, when what most want to be is a rational being.

Actually, many of the justifications we have for our behavior fall far short of being the primary motivator for said behavior. Before buying it we failed to notice how long the battery lasts, it could even be that this was listed in the specifications. However, if we later discover that its battery life is sufficient and we are asked, we will easily use this as a motivation for making the purchase.

One of the biggest problems with this emotions is it hinders our ability to be happy with what we have. It can capture our attention to the point where we lose sight of the forest and are only able to see one tree. Furthermore, envy turns into a woodworm in our lives when it makes the feeling of dissatisfaction that we all feel to some degree, more profound. The need to never stop, to keep pursuing, to continue climbing, is usually motivated by envy.

It is a feeling, and like others, it gives us energy and information we need in order to regulate it. Thus, envy becomes negative when it takes control and clouds our vision, preventing us from enjoying all the good we have.

Link copied!
Interesting Articles
Wellness
How to Alleviate the Effects of Guilt

We live in a cultural environment which attempts to impose certain behavioral norms. We are told that there are rewards…

Wellness
To Overcome the Breakup, Change Your Mentality

When a couple breaks up, the process of separation isn't exactly pleasant. However, some people are capable of improving their outlook…