I Am a Defiant, Incorrigible Woman, Unbearable for Many 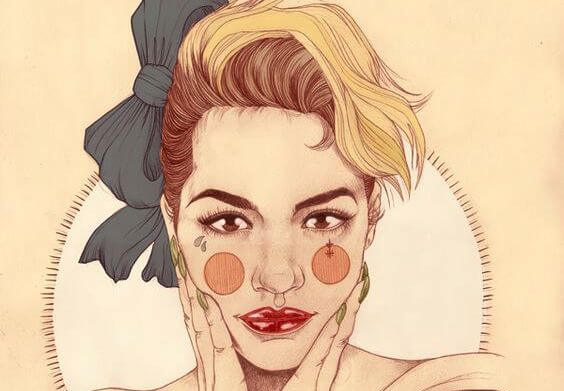 I am a defiant, incorrigible woman, unbearable for many people. I am the result of my efforts and also of my suffering, because I have always refused to be a victim or a slave. What you see is all that I am, without any falseness; someone who loves herself and who above all else loves life.

This genuine, fulfilled vision of oneself does not exactly come at the age of 20 or 30. In fact, nowadays, we talk about the power of the 50s for women. It is clear that every age has its achievements, its victories, and its beauty. However, when that fifth decade approaches, many bridges have already been burned and many patterns of thinking have changed. It is also understood that a woman does not need to be “half of anyone” to be happy.

On the other hand, it is the high point is the “alpha woman.” They are influential, they bring value, creativity, and noticeable aptitudes for conducting business and creating a more empathetic work environment where she can inspire the staff towards new achievements.

The “alpha woman” was not exactly born in the 21st century. We are the heiresses of a dynasty. The woman has always been the silent and anonymous warrior in her closest contexts. We always have our grandmothers in our memory, for example. Admirable women who braided sadness into their hair and who gave everything for their children, for their home, for their family.

Brave women who never complained and when they looked at those hands worn with age and hard work, they dreamed that one day, their daughters would have a chance to shine. They are women who built their future with pride, freely…

The legacy of the defiant goddess

In many cultures, it is said that the woman represents “the light of life.” However, that light is not in their eyes, but in their ovaries. It is curious, in turn, how in those cultural roots of cultures all around the world, the figure of the woman was not only seen as “creating,” but also as a defiant entity.

As Robert Graves explains in his book “The White Goddess,” both in Ancient Mediterranean Europe and in the Middle East, it was very common to see matriarchal cultures that adored a Supreme Goddess. She was a deity associated with the moon and who rose up with her own light across from the rest of the masculine gods. However, all of those roots and those echoes of notable beauty were crushed out by the eruption of the patriarchy.

The woman and her anthropological and cultural imprint faded starting around 400 B.C., a moment in which she was obligated to live in those private spaces, in silence and submission. The Great Goddess, defiant transformer who was full of mysteries, did not die; she continued to exist secretly in many cultures. She was passed down from generation to generation, from woman to woman, in the magical connection of the feminine legacy.

There was whispering in the dark that once upon a time, the woman was like the moon, that archetype that advances and grows through various cycles, various changes. Someone with power over nature and that once was feared by that entity that represented masculine power: the sun.

The defiant woman you carry within you

These are challenging times. All of those cultural legacies that silenced women continue to be with us. They are testimonies that we now uncover in books like Graves’ “White Goddess” or with Clarissa Pinkola Estés’  “The Women Who Ran with the Wolves”. The woman knows she is victorious, she understands that her voice has strength, and that she can and must defy herself and the world itself.

“I paint myself because I am the subject I know best”

Let us admit it: in the end, that moment always comes. That day when we get tired of saying “yes” when what we want is to scream “no.” Maybe that sensation of full control arrives, effectively, when we assume our own maturity. When there is no longer fear of the passage of time, and solitude is no longer seen as an enemy, but as a space for growth, expansion, and opportunity.

So then, something we all know is that the defiant woman sometimes is not well accepted. It is like a magnetic pulse that comes from the depths of the Earth and that lets out its strength to change reality. Something like this is received with fear, because the changes that old ties seek to renew are seen as unsettling.

All the same, the woman with a strong character is still seen with distrust. They call her selfish just because she is firm in her convictions, in her values, or because at a given moment, she finally chooses to put herself before all others. Whether we believe it or not, we continue to be those witches, sometimes hated for our gifts but also envied for our many abilities.

It does not matter that we are so incorrigible, so loyal to our roots. It also does not matter that some people can’t put up with us. We are who we are, people proud of our heritage. Heiresses of a defiant goddess, seeking to create our own paths in dignity and happiness.

If you think over the past week, or maybe even just today, you will undoubtedly remember a moment in which you did something for someone else, something that cost you in a personal or…

Psychology
Do You Really Know What A Psychotic Break Is?

Psychotic breaks are when a person experiences a serious alteration in their perception of reality. We must properly understand and treat them in…