The Dark Side of Psychological Strength 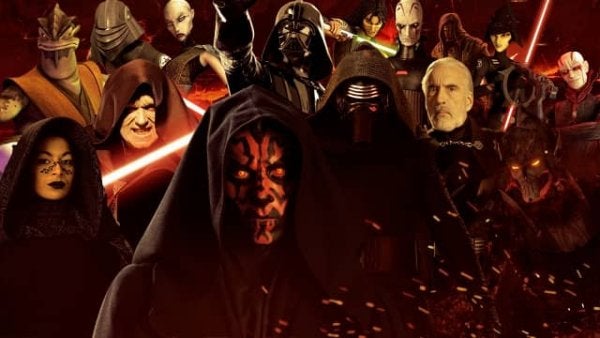 The Star Wars saga has become living history. We can all agree that each film release is a great event. This dynamic universe has the support of millions of fans who would surely love to find strength and become Jedis. But, as in life itself, not everyone accepts the light and some end up going over to the dark side.

The need to feel important

When we’re doing something, we can safely assume that we’re doing it because we want a certain outcome. A need comes up and we think of a way to meet that need. After that, the motivation to act appears. In the case of a dark force, the objective is importance. The motivation to be someone important, to make a difference, to be “someone”.

This motivation and search for importance comes up in three different ways. One of them is when we lose importance. We feel humiliation, like the humiliation Anakin Skywalker felt when he was a slave. Or like when the Jedi rejected him or when he heard about his mother’s murder. Humiliation is an important factor when it comes to awakening our search for importance. These are moments when our awareness awakens and we start to feel less and less important.

“The fear of loss is a path to the dark side.”

Another thing that awakens the search for importance is the perception that something is threatening our importance. Kylo Ren, as we saw in the last film in the series, understands that Luke Skywalker is a threat. From Kylo Ren’s point of view, Luke wanted to keep him from becoming a Jedi and gain importance.

What the Sith tells us

We can talk about the search for importance all we want, but the truth is that the need to be important isn’t going to lead us directly to the dark side. Once the motivation comes about, our attention directs towards the way we can gain importance. If we’re faced with the questions “How do I become important?” or “How do I become more important?”, our ideologies will give us the answers. While the Jedi doesn’t encourage violence as a way to become more important, the Sith does.

Darth Sidious said that Darth Plagueis was so powerful that he could create life and even keep the people he cared about from dying. But how did he get that power? The Sith promotes the use of violence as the only means to become important. As Darth Vader said, “You underestimate the power of the dark side. If you will not fight, then you will meet your destiny”.

Bad company on the dark side

Finally, there’s a factor that binds motivation with ideology. It resides within the group. One person alone can be important, but you need a group that accepts you and makes you feel important. In addition, as we already said, that group must have an ideology that encourages violence. In the world of Star Wars, it’s easy to identify that group as the Order of the Sith.

Siths offer people the feeling of importance. They offer unimaginable power, that of the dark side of the Force. Once inside their group, social pressure will lead people to eventually merge their personality with the Sith identity. As Chirrut Imwe said, “I am one with the Force. The Force is with me”. Belonging to the Jedi or the Sith is belonging to something bigger. The only difference is the group’s narrative and ideologies. For example, the Jedi’s narrative is peaceful while the Sith’s narrative is violent.

“When I’m around you, my mind is no longer my own.”

There are also emotions on the dark side

Emotions also play a role in the process that leads to the dark side. The dark side is closely related to negative emotions. Master Yoda explains this to us in this quote, “Fear is the path to the Dark Side. Fear leads to anger. Anger leads to hate. Hate leads to suffering”. Although the relationship between emotions is coherent, the ANCODI hypothesis tells us that the emotions Yoda talks about aren’t the correct ones.

“Fear, anger, aggressiveness, the dark side they are. If one day your life rules, forever your destiny will dominate.”

If a person chooses the dark side, they probably have a combination of those three emotions. Thus, the first emotion that appears is probably anger that comes from injustice. It’s more than likely that the person would direct that anger towards whoever caused the injustice. Anger would lead to contempt, denial, and humiliation. Finally, disgust would appear, which leads them to believe that the only solution is to eliminate the other.

As we’ve seen, in order to reach the dark side, we don’t have to follow a path that eventually turns us into radicals. To turn to the dark side, a combination of factors must occur. As if it were a puzzle, we accept the dark side the moment we put the last piece. Beware of the dark side within you.

Why We Can’t Stand Loneliness Sometimes
How we relate to loneliness says a lot about us. This introspection will be nourished by the time we allow ourselves to be in solitude. Read on! Read more »
Link copied!
Interesting Articles
Cinema, Television, and Psychology
5 Movies that Will Teach You Something about Yourself