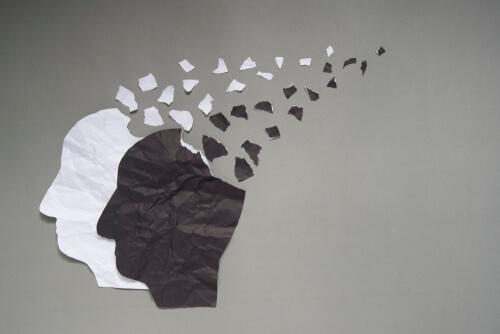 The defining feature of cyclothymia (also called cyclothymic disorder) is chronic mood fluctuations or changes. You could say that it’s like bipolar disorder’s “little brother”.

For people with cyclothymia, the mood fluctuations consist of numerous, distinct periods of hypomanic and depressive symptoms. But the key feature is that the hypomanic symptoms are insufficient in number, severity, extent, or duration to complete the criteria of a manic episode.

Hypomania refers to a state similar to mania, but less intense. Hypomania is a psychiatric episode with transient symptoms of irritability or excitement. It’s often described as a less intense or “incomplete” form of a manic episode.

Hypomanic symptoms include a high mood that lasts several days. It also includes agitation, shortened sleep time, hyperactivity, and exaggerated self-confidence, all of which are considerably different from the person’s previous emotional state. Unlike mania, hospitalization for hypomania is normally not necessary.

As for cyclothymia’s depressive symptoms, they usually are similar to those of any depressed person. Nevertheless, these symptoms are normally not as noticeable or as intense as a major depressive episode.

In addition, the patient must not be symptom-free for more than two months. Symptom-free periods of longer than two months mean the person does not have cyclothymia. They must also not fit the criteria for major depression, mania, or hypomania.

It’s also not cyclothymia if the mood fluctuation pattern is better explained by schizoaffective disorder, schizophrenia, a schizophrenic episode, a delusional disorder, and any schizophrenia spectrum disorder or other psychotic disorder. Basically, it shouldn’t fit the diagnostic criteria for another mental illness.

On the other hand, it’s important to not confuse cyclothymia with an altered mood state caused by a psychoactive drug or another medical condition. This is just as important to get an accurate diagnosis because some substances (drugs or medication) can trigger similar symptoms.

Like most psychological episodes, the patient must have clinically significant mood changes or impairment to be able to diagnose them with cyclothymia. The mood changes can affect or impair the patient’s social life, work, or other important aspects of their daily lives.

According to the DSM-5 (Diagnostic and Statistical Manual of Mental Disorders, 5th Edition), the following diagnostic criteria must be present for a diagnosis of cyclothymia:

This disorder is often difficult to cope with and its quite chronic. In addition, patients with cyclothymia have a 15-50% risk of later developing bipolar I or bipolar II disorder. As we’ve seen, cyclothymia or cyclothymic disorder is related to bipolar disorder. The one major difference is that neither the hypomanic symptoms nor the depressive symptoms fit the criteria for a manic or major depressive episode.

Bipolar Disorder: What Is It Really Like?
Popular psychology has defined bipolar disorder as one where people have frequent and uncontainable mood swings. First they're sad, then they're happy, Read more »
Link copied!
Interesting Articles
Clinical Psychology
The Fear of Needles - Trypanophobia

Psychology
3 Ways to Stretch the "Muscle of the Soul," the Psoas

The psoas, also known as the "muscle of the soul," is the deepest muscle in your muscular system. It plays…

Psychology
Discover the 8 Types of Intelligence