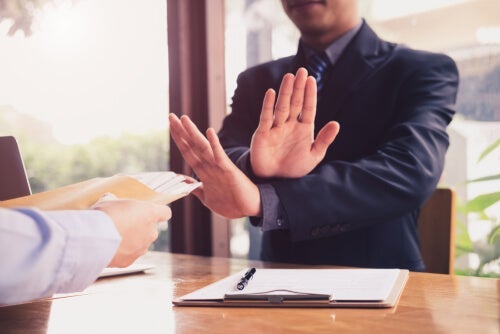 Your conscious is your built-in moral compass. You might also think of it as a place where you store your principles and values. So, when people say to let your conscious be your guide when making a decision, they’re saying that this decision will be a reflection of who you really are. Consequently, if you make a decision that goes against your conscious, you’re doing something contrary to everything you believe in. This is the idea that leads to the concept of conscientious objection.

It’s important to keep in mind that there are certain standards you have to meet for your decision to be considered conscientious objection and not just a personal whim. Your action has to be based on genuine beliefs. You can’t just break any law and call yourself a conscientious objector.

In general, if you’re part of a well-known religious group that doesn’t allow its members to participate in the military, for example, your objection is presumed genuine. The same goes for people who ascribe to certain schools of thought accepted by a social group that’s reasonably integrated into the community. Over the course of history, the most frequent cases of conscientious objection are:

What Does the Law Say About Conscientious Objection?

The law, as you know, is the set of rules and obligations that citizens are supposed to obey. However, the strength of a law shouldn’t be based on the fear of what will happen if you break it. Instead, a law’s strength should be in the justice or sensibility of the imposed rule. In other words, you should want to follow the law because it makes sense, not because you fear the consequences.

If citizens don’t believe that the laws of the land are just and reasonable, it’ll be hard to keep order. For example, if a legislator foresees that a group of people will reject a particular law because they believe it’s immoral, they’ll have to pursue an alternate course of action.

Governing people isn’t the same as running a machine. Humans are rational and conscious beings, so they can actively participate in pursuing the common good.

Conscientious Objection in the Spanish Constitution

As the result of a proposed resource against the abortion law, the Constitutional Tribunal in Spain expressed that it isn’t strictly necessary to regulate conscientious objection for it to be protected in cases other than military service.

In other words, just as you should follow your conscious when making decisions, you also have to adjust your beliefs to reality. You should never stop honing your moral and ethical sensibilities. Keep an open dialogue with other people. Read a lot. Try to objectively and openly observe what’s around you. These practices will make you a better and fairer person.

Kohlberg’s Theory of Moral Development
We all have developed our own non-transferable morality. One of the most important and influential models is Kohlberg's theory of moral development. Read more »
Link copied!
Interesting Articles
Philosophy and Psychology
The Philosophy of Doubt: A Brief Historical Review