Clocks: The Medieval Invention that Changed Everything

Clocks became popular in Europe at the end of the Middle Ages, along with the expansion of urban work and the Cistercian way of life. Clocks brought along a new way of understanding time. 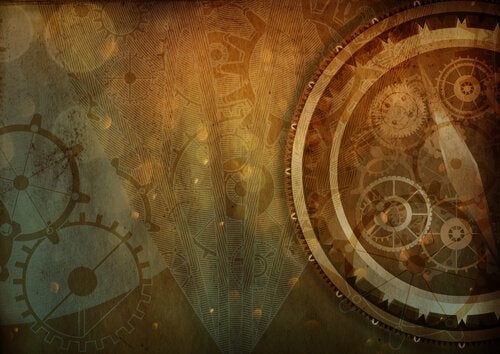 The art of clock-making, like so many other things, wasn’t born in Western Europe. The Islamic Civilization and the Chinese discovered the mysteries of time-keeping long before the Europeans. The astronomically-inspired Eastern water clocks, however, didn’t bring about the same kind of social change that mechanized clocks did in the West. The invention of the clock is, more than anything, a discovery of time. As French historian Jacques Le Goff said, time for a merchant isn’t the same as time for a farmer.

The measurement of days is as old as the observation of the stars. However, the service that the sun and the moon provide is, at the same time, a kind of slavery. Just like urban electricity ended the tyranny of the night, the clock freed busy men from the rhythm of the sun. This new freedom brought new values.

The Middle Ages were an agrarian age. Most Europeans lived off the land, either cultivating crops or raising animals. They followed the natural cycles of the seasons and the days. Any other activities, both religious or secular, had to adapt to the rhythm of agricultural work. Clocks weren’t common, nor well-known, nor necessary.

However, something happened in the 13th, 14th, and 15th century that changed everything. Central and Western Europe became inundated with all types of mechanical clocks. From public clocks in Padua and Bologna to church clocks in Chartres and Wells, people started to perceive time in a very different way. The key elements of this change were New Monasticism and urban life.

A Clock for God

The new monastic rules, much stricter than before, imposed a way of life centered on prayer. In contrast to farmers, monks had to adapt their work around prayer. That led to more stable schedules in the monasteries.

Once the prayer schedule was fixed, monks had to pay attention to time. Clocks suddenly filled the common spaces, letting everyone in the community know when it was time to pray. This is how future ingenuity was born.

For medieval theologians, time was as important as it was irreplaceable. To waste time was to waste a gift from God. Time was to be dedicated to meditation, a sign of virtue.

A Clock for Money

If clocks were originally designed to serve God, it didn’t take long for them to be used in the service of other gods. The rhythm of life in the city for merchants and artisans didn’t adapt to the endless dance of the sun and the moon either.

Business demands imposed the cultivation of new values such as punctuality or efficiency. Public squares started to ring bells on the hour. The city bustled, money changed hands, and the industrious citizens couldn’t be late to an appointment or wait for other people in vain.

Cities became echoes of clanging bells, announcing all kinds of events. The new era had a metallic ring to it.

Changes to clock technology were symptomatic of their time. The Eastern style was left far behind. No one was interested in using water because it wasn’t precise or consistent enough. The different systems of cables, axles, cogs, and weights evolved into some true masterpieces, such as the old city clock in Prague (1410).

In the 15th century, clockmakers developed a wristwatch model that only became obsolete when digital clocks were invented. Bridges and spirals substituted counterweights, and clocks became less about metalwork and more about art. A wristwatch was the definitive individualization of time, essential for the liberal professions. In this same century, thanks to these small clocks, schedules became a way of life. That hasn’t changed much in the past 600 years.

In this omnipresent capitalist system, it’s probably difficult to imagine a life in which we aren’t all slaves to the clock. But there was a time, not so long ago, when we weren’t dominated by the incessant, ticking hand of a clock. We can’t dominate time, and our attempt to take control of the rhythm of the stars ended in our own domination.

The Suprachiasmatic Nucleus: Your Internal Clock
According to neuroscientists, the suprachiasmatic nucleus is the body's master clock. Any alterations to this area may lead to insomnia or memory loss. Read more »
Link copied!
Interesting Articles
Literature and Psychology
Jungian Archetypes: Personalities of Our Unconscious