My Chronic Illness Is Invisible, Not Imaginary 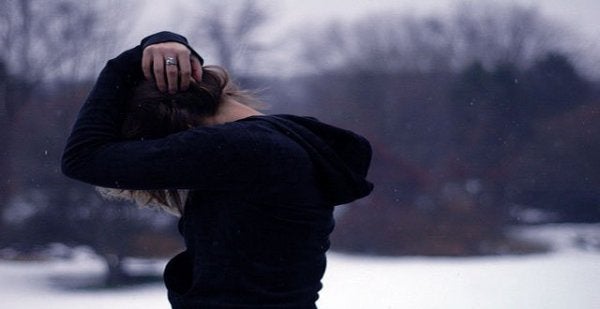 We live in a society where chronic disease remains invisible. We talk about realities like fibromyalgia. However, for many, this is just an “imaginary ailment” that justifies an absence from work. It’s time to change our mentality. There is no need to see a wound in order for it to be real.

According to the World Health Organization (WHO), invisible chronic diseases account for nearly 80% of all current illnesses. This includes mental illnesses, cancer, lupus, diabetes, migraines, rheumatism, fibromyalgia, and many others.

These are debilitating ailments for those who suffer from them. Unfortunately, these people are also forced to face a society that tends to judge without knowing the full story.

“In the end, we can endure much more than we think.”
-Frida Khalo

Living with a chronic illness is a journey that’s as slow as it is lonely. The first part of this journey is the search for a definitive diagnosis. This isn’t easy. In fact, it can take years until a person finally manages to name what’s inside his or her body.

Later, after having taken on the disease, comes an even more complex stage: finding your dignity and quality of life with pain as a companion.

If we add lack of understanding and sensitivity to this, it’s easy to understand why depression often gets added into the mixture. On the other hand, we can’t forget that a significant percentage of the people affected by chronic diseases are children.

I have a chronic illness that you don’t see, but it’s real

Many people who suffer from chronic illnesses sometimes feel the need to carry a sign. This figurative sign features large letters explaining what happens to them so the rest of the world can understand it. To better explain this, we’ll give an example.

Maria is 20 years old and drives to school. She parks in the handicapped parking spot. Later, she grabs an umbrella and walks with it to class. On day, she notices an image on social media. In it, people are making fun of her because she’s eccentric. After all, she walks everywhere with an umbrella. In addition, they insult her because she has “the gall” to park in the handicapped zone. After all, everything is find: she has two legs, two arms, two eyes and a nice face…

Now, days later, Maria is forced to talk to her classmates. She has lupus, a disease that the sun can activate. She also has two prosthetic hips. Her illness isn’t visible to the eye, but it’s still there. It’s changed her life. Plus, it challenges her every day to be stronger and more courageous.

Now, how can these people live without feeling the need to describe their pain? How can they endure the skepticism?

Maria doesn’t want to say what’s happening to her all the time. She doesn’t want any special treatment. She just wants respect and understanding.

This is difficult to do in our society. After all, if you’re sick, we expect it to be visible.

Invisible diseases and the emotional world

The degree to which these chronic diseases incapacitate those who have them varies from person to person. There are those who have more autonomy. In turn, there are also those who can be more or less functional depending on the day. In the latter case, the person will have instances of suffering and others when they feel more or less disease-free.

There is a non-profit organization called the Invisible Disabilities Association (IDA). It serves to educate others and connect those who suffer from an “invisible illness” with their surroundings and society itself. One thing this organization makes clear is that living with a chronic illness is an issue, even within one’s own family or at work or school.

Many adolescent patients, for example, sometimes receive reproaches because others believe that they use their illness as an excuse to get out of things. After all, they believe that his tiredness is just due to laziness. Your pain isn’t an excuse to skip school or not do your homework.

These situations can gradually end up disconnecting the person from reality until they may become even more invisible.

The importance of being emotionally strong

No one chooses their migraines, their lupus, or their bipolar disorder. In reality, they are only faced with one option: to fight, to be assertive, and to rise up each day in spite of the pain or fear.

A chronic disease involves having to take on many other habits that come with it. One of them is accepting that we are going to be judged at some point. Thus, we must prepare ourselves with adequate coping strategies.

We shouldn’t be afraid to talk about what’s happening to us or to define our disease. After all, we have to help make the invisible visible for those around us to become aware.

There will be days that we can handle everything that comes at us, and days when we struggle. However, we remain the same person.

We must be able to defend our rights. This includes rights at both work and school.

Neurologists, rheumatologists and psychiatrists also all recommend something essential: movement. You have to keep moving with life and face every day. Even though the pain may hold you captive, you must remember one thing. If you stop, there will be even more darkness, negative emotions and rejection.

Overall, the most important thing to remember is that people who suffer from chronic, socially invisible diseases don’t need our pity. Nor are we doing them a favor with it. However, what they do demand is empathy, understanding and respect.

After all, sometimes the most intense, wonderful or devastating things – such as love and pain – are invisible to the eye.

We don’t see them, but they’re still there.

The Hikikomori are young Japanese people who shun the idea of ​​leaving their room. In Japanese culture solitude has always…

Culture
I Like Social Networks, Not Fake Virtual Lives

Social networks are nothing more than an alternative channel of communication. They're used for sharing information and interacting in a…