Charcot, an Extraordinary Man of Science 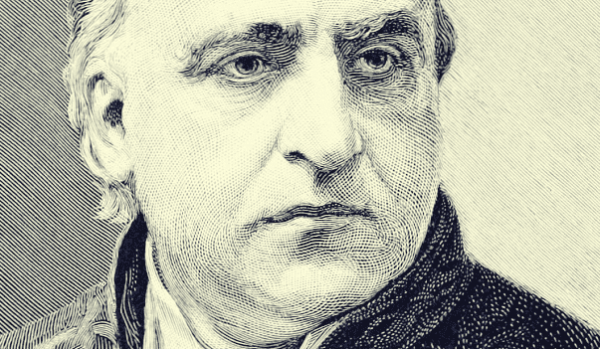 Jean-Martin Charcot was a famous doctor and neurologist. He was born in Paris in 1825 and his contributions to both medicine and psychology had a definitive resonance. He was a student of the famous Guillaume Duchenne de Boulogne. Both he and Charcot are considered to be the fathers of neurology. Charcot was also the most important precursor of psychoanalysis.

Charcot worked for 30 years in the famous Pitié-Salpêtrière Hospital. When Charcot arrived, there were about 5,000 patients. About 3,000 of them had mental problems. In that hospital, new doctors studied and experimented using new methods. It was the most important medical center in the world at the time in everything that had to do with the brain.

“Theory is good, but it doesn’t prevent outside factors from happening.”

Charcot became very famous in Europe when we began using hypnosis as a treatment method for hysteria. He was, first of all, a man of science. For that reason, he was open to all novelties in the field of medicine. His observations led him to take a special interest in hysteria, a disorder he explored more than any other of his contemporaries.

Charcot and his arrival at the Salpêtrière

Charcot worked with patients of all kinds. There were prostitutes, vagabonds, people with cognitive problems, and others who had been rejected by society. The Salpêtrière was then known as the great asylum of human misery. It was Charcot who transformed that chaotic place into the most important medical research center in Europe.

Since the time of Hippocrates, the uterus was thought to be a mobile organ that wandered through a woman’s body. When that organ reached the chest, it caused serious symptoms. Among them, strange convulsions and hot flashes. That was called hysteria. Many women had such symptoms. It was thought then that hysteria was a condition that only women suffered from.

Upon Charcot’s arrival, many patients weren’t receiving treatment. The majority of women, on the other hand, had been diagnosed as hysterical. However, the French doctor noted that some men also had symptoms that could be classified as hysterical. Women, in addition to hot flashes and seizures, also had rare expressions of the disease such as blindness or paralysis. What’s common in these cases is that there was no medical explanation for their symptoms.

Jean-Martin Charcot was above all a student of the brain. His research laid the foundations to understand diseases such as sclerosis, cerebral hemorrhages, Friedrich’s disease, and Tourette’s syndrome. However, his curiosity took him again and again to the ward of so-called simple epileptics. There, 90% of the patients were classified as hysterical and neurasthenic.

Charcot proved that hysteria wasn’t related to the womb, but rather the brain. He also theorized that the origin of these convulsions, hot flashes, paralysis, and other unexplained symptoms could be due to a past experience. Almost simultaneously, he proposed the idea that this evil could be treated through hypnosis. This is how one of the most fascinating scenarios of those times emerged: the Tuesday sessions.

In his Tuesday sessions, he presented cases of hysteria almost always in the context of a hysterical scenario. The French doctor showed, one by one, how the symptoms disappeared under the state of hypnosis. Not all of them were women. It was proven that men also suffered from hysteria.

Charcot, a source of debate

Many of Charcot’s contemporaries criticized him. They accused him of being unscientific and of turning his Tuesday sessions into a circus. These affirmations weren’t fair. He had a deeply scientific spirit and, for that reason, these accusations were never proven true. Soon, he began to find analogies between hysteria and hypnosis.

Charcot proposed the existence of a traumatic hysteria that was triggered by an event that caused a profound impact on the person’s mind. In traumatic hysteria, something happens. Trauma is like a self-hypnosis: the mandate is in the trauma and makes the subject start acting in a strange way without being aware of it.

One of Charcot’s great contributions was precisely isolating the concept of “trauma” to the mind. Sigmund Freud, one of Charcot’s students, discovered psychoanalysis because of his work.

The 3 Most Dangerous Effects of Work-Related Stress
Work-related stress is a very common problem in modern day society. Most peoplen don't know the negative effects this type of stress has on the body. Read more »
Link copied!
Interesting Articles
Psychology Today
Psychological Strength to Prepare to Leave Lockdown

Culture
The Role of Grandparents in the Family

Grandparents play a significant role in a lot of people's childhoods. In general, people look back and see how their…

Culture
Being an Only Child: Advantages and Disadvantages

There are tons of myths about the personality of an only child. Some are true to a certain extent, but…