Some people think that the moral code Captain America lives by is old-fashioned. But is it? We'll discuss that in this article. 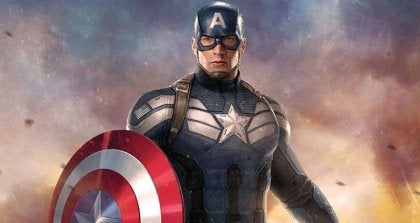 Captain America is a superhero that has become more popular all over the world in recent years. He made his first appearance in 1941 in the middle of World War II, mainly in propaganda pieces. Joe Simon and Jack Kirby, two comic illustration greats, created him.

He was designed to be a patriotic supersoldier that would bravely fight the Nazis. He quickly became the favorite superhero of many people at the time. This is because they published these works right when thousands of young men were fighting in Europe.

The popularity of superheroes fell after the war. As for Captain America, his comic strips fell by the wayside to a certain degree. The Captain returned in 1964, this time under the banner of Marvel. From that moment on, they’ve been publishing his comics regularly.

In 2011, as part of Marvel’s cinematic universe, a movie called Captain America: The First Avenger premiered. Joe Johnston directed the movie, which was a huge box office success.

From that point on, Chris Evans has played the character in all of the films within the Marvel cinematic universe. As of 2018, Captain America has appeared in seven of these films. This includes three films from the Avengers series.

The bravery of the Captain is, without a doubt, one of the qualities that people admire the most. Nevertheless, many people consider this character’s code of conduct as out of place and old-fashioned. It seems that what used to be morally and ethically appropriate when fighting the Nazis is no longer acceptable when facing current global threats. But are the values that Captain America represents really just relics of the past?

As Captain America’s fans know, the Captain is a man from a bygone era. Captain America becomes the alter ego of Steve Rogers after the military turns him into a supersoldier. Born in the 1920s and raised in a poor area of Brooklyn, Rogers was always a sickly child. Since he spent a lot of time at home recovering from his illnesses, Steve became passionate about art. Despite his quiet demeanor and his love for drawing, Rogers is brave and patriotic.

When he comes of age, Steve tries to enlist in the United States military. However, they reject Rogers several times due to his physique.

Steve eventually agrees to join Project Rebirth. There, the military injects him with a serum and expose him to radiation. After this procedure, the once weak and lanky Steve Rogers becomes a tall, strong man. At that moment, Captain America is born.

Nevertheless, his physical qualities aren’t what make Steve Rogers Captain America. They selected Steve Rogers for this position due to his moral qualities, such as his bravery, leadership ability, and honesty.

Do values change along with the times?

Technological advances and some social norms constantly surprise and confuse Steve Rogers. At the same time, he’s pleased with the progress society has made in terms of gender equality and racial justice.

Many people believe that values associated with good transcend time periods. Nevertheless, times do change. Thus, some of the qualities that people find admirable or impressive in some time periods become reproachable in others.

The moral system of Homer’s Heroic Age isn’t the same as the one today’s heroes have. So how can we resolve this moral dilemma regarding Captain America? What keeps Captain America relevant?

Captain America is a hero for all times

Many people go see his movies because they get excited to see the Captain in action. Superhero movies are spearheading special effects innovations. Even so, it’s obvious that there’s a certain quality behind the immense success of Steve Rogers’ movies. There’s a quality in his stories that are a source of comfort for the war-hungry times in which humans live. You know that at the end of each of these movies, good will triumph over evil.

Captain America has his own “old-fashioned” moral code based on values, such as honor, integrity, and bravery. It’s precisely this type of moral code that the world needed in the middle of the 20th century. And the world nowadays needs it as well. It’s true that things have changed. Nevertheless, the importance of Rogers’ values hasn’t

Thus, it isn’t right to say that the Captain’s ethics are black-and-white without any gray areas. Like any other person, Rogers’ ethical and moral system is built by constant decisions. The fact that Steve Rogers is a good person is the result of his convictions. Captain America is committed to doing good and his actions reflect that.

Batman: Hero or Antihero
Batman is one of the most beloved heroes but can someone that tortures and deceives when he pleases still be called a 'hero'? Read more »
Link copied!
Interesting Articles
Cinema, Television, and Psychology
American Horror Story: Asylum

Ryan Murphy and Brad Falchuk, creators of the anthology series American Horror Story (AHS), already have nine seasons under their belts. The most recent, Apocalypse, was highly anticipated because of the novel…