Can You Correct the Behavior of Spoiled Children?

Spoiled children don't know how to manage their emotions, they have a low tolerance for frustration, and they can be rude. Is it possible to correct this kind of behavior? Discover the answer in today's article. 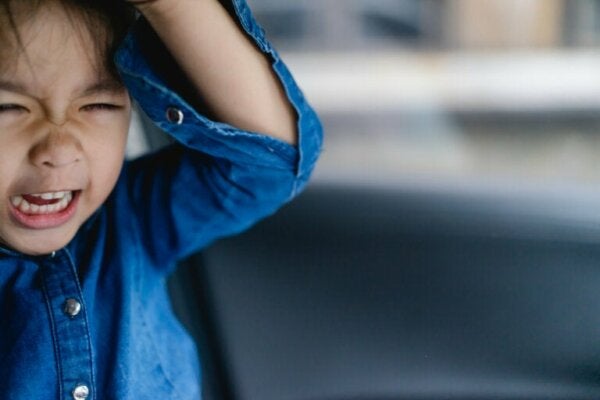 “She won’t listen to me.” “I can’t teach him new behavior.” “She’s constantly throwing tantrums.” “I don’t know what to do anymore.” These are the kinds of things that you hear from parents who are struggling with spoiled children. As much as they try to put what they know about good parenting into practice, nothing seems to work.

In cases like this, where the parents’ efforts to correct their child’s behavior aren’t working, seeking professional help is the smartest option. Don’t despair. With the right tools, change is always a possibility.

Many children are spoiled because their parents or caregivers don’t set boundaries and let them run wild. However, other factors also encourage this kind of behavior.

To correct the behavior of spoiled children, coherent, consistent, and appropriate rules are crucial. Boundaries are useful when they’re a point of reference for the child. They become especially valuable when children understand that they exist to keep them safe from risks and threats.

The Spanish Paediatrics Association talks about this issue in the context of the coronavirus lockdown. They point out that, “In difficult situations, parents and caregivers often allow children to break the rules, or they try to compensate for the tough circumstances by being more lenient or buying presents“. This behavior can be risky because all those exceptions to the rules end up compromising the rule itself.

Reinforcement is better than punishment

A lot of ill-mannered and spoiled children have no idea that there’s a positive part to their behavior. That’s because they only get attention when they behave badly. When they’re well-behaved, on the other hand, they’re met with indifference from the adults in their lives. Thus, they often behave badly so they can get the attention they so desperately crave, even if it’s not the kind of attention they’d like.

If you offer a child positive reinforcement for good behavior that’s incompatible with bad behavior (managing anger towards a sibling instead of insulting or hitting, for example) you’re providing valuable instruction. Not only are you teaching them what not to do, but you’re making it clear which behavior IS appropriate. Last, but not least, getting positive reinforcement for taking personal initiative is good for their self-confidence and self-concept.

If you want to work on positive reinforcement, be observant. It doesn’t matter how small or seemingly insignificant the good behavior is. The important thing is that this kind of strategy replaces punishment. Watch carefully. If they clean their room, hug their little brother, do their chores without anyone asking, or turn off the TV when it’s time, let them know how much you value their initiative. The sign of success is that the dynamic with your child changes.

This kind of parenting is also much more positive for the adults doing it. The possibility of rewarding your child is far more satisfying than having to punish them and watch them suffer. In other words, it’s possible to raise your children in an intelligent way, which reduces the possibility of suffering (for all involved).

Discipline is compatible with love

It’s easy to lose your patience with spoiled children, but here the adult in charge has the responsibility to maintain their self-control. It can be very challenging, especially if you’re tired, you just got home from work, or you haven’t had a very good day. That’s why it’s good to have some strategies that you can employ in a systematic way. They are:

If the adults in charge use these strategies, they might discover why the children are spoiled. Behavior stops when the motivation disappears or when there’s another competing behavior.

We see new advances in technology all the time. The pursuit of knowledge is hurtling forward at lightning speed, and we have new resources and information all the time. Therefore, although raising children is always a challenge, you have the resources to make sure that you’re not raising spoiled children.

Today, we know that unconditional love is compatible with discipline. Remember that affection and active listening aren’t at odds with rules and limits. Parenting is never black and white, so you have to learn to navigate the shades of gray with love and intelligence.

Little Emperor Syndrome: Child Tyrants
We are always more and more surprised by the behavior of children towards their parents: lack of respect, insults, raising their voice Read more »
Link copied!
Interesting Articles
Family
21 Strategies for Earning Your Child's Respect