The Best Quotes from the Most-Read Books in History 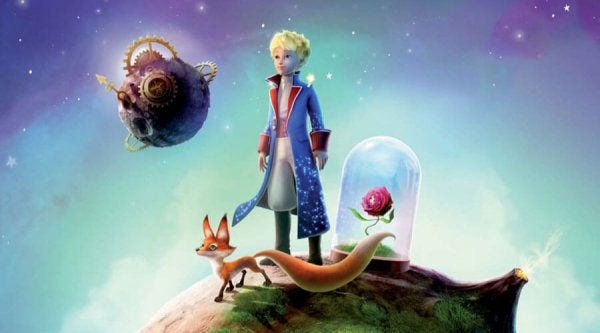 Words on a page are like drops of rain, selected so that our minds will fill with thoughts, chosen so that our hearts will feel a rainbow of emotions…

“And when your sorrow is comforted (time soothes all sorrows) you will be content that you have known me.”
-Antoine de Saint-Exupèry, The Little Prince

Every experience, whether caused by suffering or pleasure, shapes a part of the soul. They paint the soul in shades that whisper who we are, so that people will make an effort to pay attention and listen to us.

The same thing happens with people who have left a mark on our lives. Whether good or bad, their company has changed our path, defining, with their small but important nuances, who we are.

With desire we ask, and with love we give; desire is a state of being and love is a declaration.

“He would be able to create a scent that was not merely human, but superhuman, an angel’s scent, so indescribably good and vital that whoever smelled it would be enchanted and with his whole heart would have to love him, Grenouille, the bearer of that scent.”
-Patrick Süskind, Perfume

A quote that describes our need to be loved. Of our concern over feeling wanted and accepted. Of the security that is provided by being certain that there’s a place in the world for our eccentricities and rarities.

It could be exactly that perfume…

“How wonderful it is that nobody need wait a single moment before starting to improve the world!”
-Anne Frank, The Diary of Anne Frank

Like Anne Frank says, wonderful ideas shouldn’t sit in the waiting room before they’re put into practice. If they do, they’ll become lazy and never leave.

“There is nothing in the world, neither man nor Devil nor any thing, that I hold as suspect as love, for it penetrates the soul more than any other thing. Nothing exists that so fills and binds the heart as love does. Therefore, unless you have those weapons that subdue it, the soul plunges through love into an immense abyss.”
-Umberto Eco, The Name of the Rose

Love is the force that drives the most noble acts, but also the most petty acts. It has been the end that has justified too many unacceptable means, blinding reason and negating empathy. Paying an exorbitant price, and on many occasions, making others pay for it who can’t afford it.

“All that is gold does not glitter, not all those who wander are lost.”
–J.R.R. Tolkien, The Lord of the Rings

We’re used to making a first impression of the people we meet. An impression that will influence how we’ll relate to them, and that we will inadvertently try to confirm.

For example, if we think that someone is rude and unpleasant, we’ll address them in a distant manner, which will probably make them act distant with us, or if they already were, they’ll do it even more so.

That’s why, when it comes to people, we could be looking at a treasure that just isn’t shining, because we ignored the glow from the start. The same can happen the other way around…

Here are a few more quotes, so that you, dear reader, can share with us what they mean to you: