The most interesting thing about Bertrand Russell's phrases is their light-hearted tone. Not many serious writers such as Russell leave a legacy behind that everyone can understand and appreciate. Indeed, there's great wisdom in all his quotes. 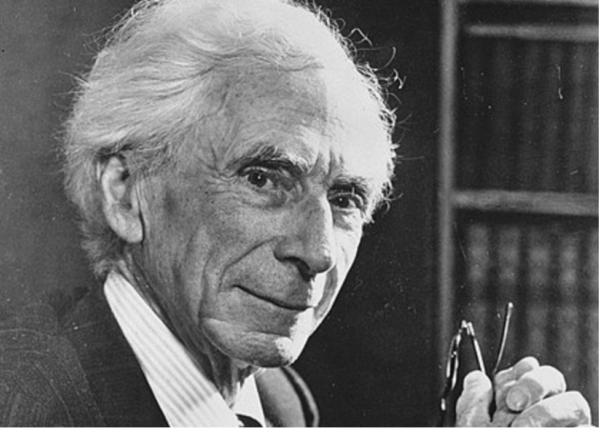 Bertrand Russell is renowned for his quotes that are full of wisdom. Without a doubt, this British philosopher, writer, and mathematician wrote some of the most memorable lines in history. Furthermore, he was one of the most deserving recipients of the Nobel Prize, which he won in 1950.

The most interesting thing about Bertrand Russell’s phrases is that they’re almost all written in a colloquial style. This is because he never intended to dazzle others with his knowledge. In fact, he sought to communicate with his quotes and to make something complicated into something simple.

This fabulous thinker was also a pacifist who valued freedom more than anything. In fact, his ideas, which he passionately defended, landed him in jail in World War I. In fact, he got in trouble with the law several times for not conforming to the rules. As a tribute to him, here are some of his best-known phrases:

“The hardest thing in life to learn is which bridge to cross and which to burn.”

Bertrand Russell on scientists and politicians

Two of the recurring themes in Bertrand Russell’s phrases are science and superstition. Interestingly, he placed politics in the latter category, and it was on the subject of politics that he wrote some of his most critical and hard-hitting lines.

Comparing science and politics, the philosopher said: “Scientists strive to make the impossible possible, politicians to make the possible impossible”. This statement demonstrates his terrific and typically British sense of humor.

This is one of Bertrand Russell’s sayings that’s still quoted today. “The fundamental cause of the trouble is that in the modern world the stupid are cocksure while the intelligent are full of doubt”.

One of the characteristics of ignorance is the tone of certainty, which Russell implies with his use of the term “cocksure”. Indeed, those with experience in the world of science and culture know that it isn’t really possible to talk about absolute truths. In fact, the truth is always under construction, which is why doubt is always so relevant.

Bertrand Russell was a philosopher who was greatly concerned with ethics. He strongly opposed idealism and romantic values because he felt they were an inconvenience. In fact, he argued that, deep down, they were a form of authoritarianism.

This is why when Russell talks about love, he takes a harsh perspective, yet he still manages to be humorous. The following phrase reflects his thinking: “Of all forms of caution, caution in love is perhaps the most fatal to true happiness”.

One of the subjects Bertrand Russell addressed was leisure. This was quite brave, for at the time leisure and vice were considered to be synonymous. However, Russell’s writings on this subject are truly masterful. Without a doubt, he managed to understand and convey what free time essentially means.

In fact, on the subject of leisure, he stated:” The wise use of leisure, it must be conceded, is a product of civilization and education”. For Russell, free time was infinitely valuable. In fact, he saw it as an opportunity to exercise man’s greatest human quality, that of creativity.  Russell felt that moments of leisure test a person’s intelligence and, by extension, that of society.

To lack is better than to have

This is one of Bertrand Russell’s sayings that let you see how deeply he reflected on everything. He said, “To be without some of the things you want is an indispensable part of happiness“. It’s an interesting idea associating happiness with a lack of something. In fact, this is an idea that’s also present in psychology and in Lacanian psychoanalysis.

Therefore, lacking something leads to desire. And desire is, in itself, a source of motivation for action. However, when you get that something you want, you lose that intense feeling of enthusiasm. In addition, you might feel a kind of “fullness” that can even depress you at times. In this regard, Russell clarified the fact that you don’t desire to lack all things but just some of them.

Numerous Bertrand Russell quotes are both extremely wise and nourishing for your soul. Indeed, how could it be otherwise from the man who’s considered by many to have been the most influential English philosopher of the 20th century?

Happiness According to Bertrand Russell
Bertrand Russell lived much of his life alternating between scarcity and abundance. Perhaps that is why he was able to turn learn to be happy.  Read more »
Link copied!
Interesting Articles
Philosophy and Psychology
Not Wanting and Not Doing in Eastern Philosophy